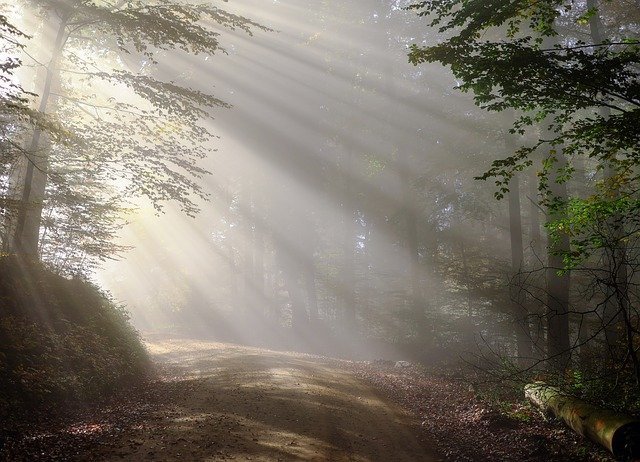 Chapter 8, Law 4 – The Mystery of the World to Come

This week’s law continues to discuss the World to Come. As the Rambam taught us earlier, the afterlife is a wholly spiritual existence entirely beyond man’s capacity to comprehend. It is the ultimate bliss — to such a degree that it defies meaningful analogy in the world of the physical.

Likewise, this week the Rambam lists several of the metaphors Scripture employs when referring to the World to Come. (Each one is a quote from a verse; I didn’t bother quoting every source.) And each one is completely cryptic — a simple phrase implying closeness to G-d and nothing further. For again, there is no possible way to bring down such an experience into terms man could comprehend. Referring to the World to Come as the sort of thrills we can bite into — a snazzy sports car which can go from 0 to 100 miles in X seconds, a chocolate sundae smothered in whipped cream and dripping with chocolate syrup — just wouldn’t do it — and in fact would be quite demeaning. Likewise, picturing the righteous in heaven in some more ethereal way — as angels floating from cloud to cloud wearing their halos and playing their harps — would be equally meaningless — and would doubtfully win very many adherents, for that matter.

Rather, the Torah left the World to Come completely out of the picture, since it really cannot enter the picture at this stage of man’s existence. As the Talmud (Brachos 34b) puts it: All the prophets prophesied about the era of the Messiah alone. Regarding the World to Come, however, “An eye did not see it, L-rd, other than You, what He will do for those who look to Him” (Isaiah 64:3).

More generally, the Torah is primarily a book which discusses this world — how we are to behave, how to live a rewarding life, how to be good human beings, and how this world will cooperate with us (bringing the rain and the crops, etc.) if we obey G-d’s will. But the World to Come: “an eye has not seen it.” No one of flesh and blood could see something so sublime and exalted. It is out of the realm of this world; a practical book such as the Written Torah wouldn’t touch it.

A curious and ironic side-effect of this is that critical scholars of religion actually claimed that Judaism initially didn’t “know about” the World to Come. It’s not mentioned at all in the earlier books of the Torah and at best received peripheral mention in a few of the later. Thus, propound such scholars, the Jews must have “picked up” the idea from religions and cultures they were exposed to during the course of their exile.

(Likewise, to my ongoing surprise, I’ve found that many unlearned Jews literally do not know that Judaism believes in an afterlife. Somehow, it’s become much more associated with Christian doctrine. I’ve always found that rather shocking, especially considering that Christianity inherited practically the entire idea — as well as a great many of the details — directly from us.)

In fact, one of the great medieval thinkers, R. Yehuda HaLevi of 12th century Spain, discusses a related point in his seminal work, The Kuzari (I gave a lengthy introduction to this work in a past class). In Essay 1 (104-110) he notes that other religions tend to place much greater emphasis on the World to Come than does Judaism. They focus much more on it and appear to promise far more. Judaism, by contrast, is curiously silent about the World to Come. The best it seems to promise the righteous is little more than the creature comforts of this world — peace, rain in its time, bountiful crops — as well as the very vague promise of G-d dwelling among us and not abhorring us (see Levit. 26:11-12). Can’t the Torah be a little more specific? And again, why the marked de-emphasis of the true reward of the World to Come?

The Kuzari explains very simply. Other religions promise the World to Come for the simple reason that they can’t promise anything in this world — without running the serious risk of creating terrible theological dilemmas for themselves as soon as their promises do not happen. So instead, they promised the moon — right around the corner. They guaranteed everything they could dream up — spiritual ecstasy, physical pleasures, all sorts of sumptuous, majestic delights. And why not? No one will ever come back to disprove them! So, in lieu of any tenuous promises of reward in this world, they went further and further overboard in pumping up the future one. They really had no choice and nothing else to offer, so they made the most of what they could safely offer — 100% guaranteed!

Continues the Kuzari, Judaism, by contrast, did much better. It promised here and now — contentment, rain in its time, success in this world, Divine protection, prophecy, and G-d visibly dwelling among us in the Temple. Judaism teaches us that G-d rewards us immediately. Our lives will be better, happier, and more successful if we obey G-d’s will. To be sure, in times of exile, when G-d’s Name is hidden, it takes more of an effort to see it. But G-d is there. Reward, punishment, and spiritual bliss are not things of an unknowable future world. We can have them right here and now if we are only perceptive enough to see them. And G-d guarantees that we will.

The Kuzari takes this an important step further. When we think about it, the bliss of the World to Come is not an entirely different experience from what we may merit down here. Sure, it’s too lofty for us to really comprehend, but it boils down to one thing — closeness to G-d. And that is precisely what we’ll enjoy in this world if we merit it. G-d will send prophets to lead us, He will watch over us with His Divine providence, and His Divine Presence will visibly dwell among us in the Temple. And even more fundamentally, we’ll feel good — spiritual and godly — when we emulate G-d.

Thus, G-d is in truth promising us a taste of the World to Come right down here. And so, in a sense, unlike other religions which relegate their promised reward to some obscure, distant dimension, Judaism teaches us that we can begin to build paradise right down here on earth — one which will slowly grow into the true World to Come as the man and world progress.

It should at the same time be noted that most of the more colorful metaphors Christianity (not Islam) gives for the World to Come do appear in Jewish sources. Even so, Judaism does not emphasize it. Our religion is advanced enough and sophisticated enough to recognize that no metaphor, no matter how magnificent, would do the World to Come any sort of justice. Thus, rather than attempting to describe it in woefully inadequate terms, the Torah leaves the issue aside. It’s G-d’s dwelling, His mountain, His courtyard — whatever. But beyond closeness to G-d the Torah does not even attempt to convey. Too many analogies and images would only bring down the World to Come to the minds of physical man in some grotesque misconstruction. Better to leave it where it is — in the pristine, blissful state it deserves. For “an eye did not see it, L-rd, other than You, what He will do for those who look to Him.”