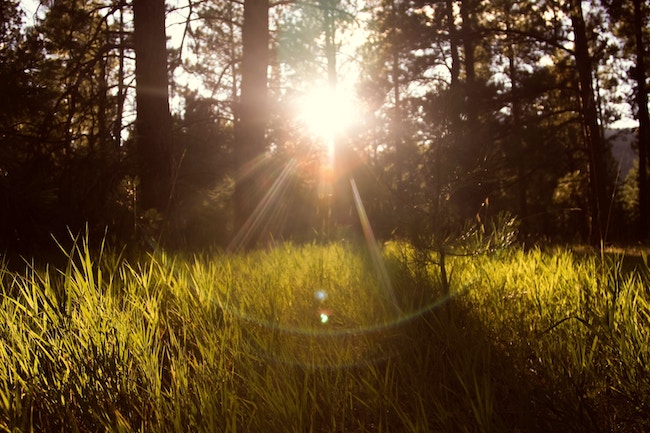 There are five types of agnostics.

Any one of these five is considered an agnostic.

Last week the Rambam listed several categories of people who are considered so heretical or sinful as to be granted no share in the World to Come — the rare exceptions to an almost universal rule. For the next several weeks, the Rambam will expand upon these categories, explaining the parameters of each. This week he discusses the most fundamental type of disbeliever — the “min”, which I translated loosely as an agnostic.

A min is someone who denies G-d on the most fundamental level — either denying His existence altogether or viewing Him as a limited being. Needless to say, either belief is wholly incompatible with the Torah. According to Judaism, G-d is the sole first cause of existence, the creator of all reality. If we would see Him as physical, He too would be finite and have a beginning. He thus could not be the First Cause.Even if such an entity did create the universe we know, he could only be viewed as an earlier being created by something yet earlier than he.

Likewise, if there were two gods, each sharing power with the other, neither could possibly be infinite — since each would be limited to its own sphere. Thus, again, such gods would be finite beings with beginning, and could not be the creators of all that exists.

Finally, the belief that another power can serve as an intermediary between man and G-d is equally inconsistent with Judaism. If any other creature had independent power and influence, G-d would again be limited and not the Infinite Being necessary to create the finite world we know. Of course, Judaism does have a concept of an “upright intermediary” (“mailitz yosher”) — a holy person (alive or deceased) who can pray for us and in whose merit G-d may be more merciful towards us, yet the final decision is G-d’s alone. We do not pray to a righteous person: that is idolatry. At most we request that he intercede on our behalf before G-d.

There is a very important counter-point to all of this. The Kuzari is a famous philosophical work on basic Judaism, authored by Rabbi Yehuda HaLevi, a philosopher, liturgist and linguist of 12th Century Spain. In addition to the importance of the work’s subject matter, the Kuzari stands out in it unique presentation. It is presented in dialogue format, as a discussion between a Gentile king and a Jewish scholar and is based (at least in part) on historical events. The background is as follows (based in part on the introduction to the English edition of the Khuzari (R. N D Korobkin translation).

The Khazars were a Turkic people who inhabited the steppes north of the Caucasus Mountains. Somewhere around the 8th Century, the Khazar king, a decent and sincere man devoted to the state religion, was plagued with a recurring dream. In it, an angel told him that his sincerity was pleasing to G-d but not his actions. The meaning, presumably, was that though in Heaven they realized the king meant well, he was serving the wrong god.

This caused the king to embark on a quest to discover the true religion. He began by inviting representatives of the world religions for discussion, first a philosopher, then a Christian, and finally a Muslim (Islam was the new kid on the block back then). At first he had no intention of even inviting a member of the downtrodden Jewish nation, whose disgraceful status could only be indication of G-d’s disfavor with it. However, when he realized that any evidence the other religions had to muster of Divine involvement with the world stemmed from Israel’s experiences (the Exodus, the conquest of the Holy Land, etc.), he decided that with Israel lay the heart of the matter.

Anyway, making a long story short, after much lively discussion, the king together with his entire nation converted to Judaism, and the king continued to learn with the same Jewish scholar. The bulk of The Kuzari (which literally means, “the Khazar”) contains the conversations between the king and the scholar (known simply as “the wise man” throughout the book).

As an aside, there is considerable historical evidence to the existence of a Jewish kingdom in the area described. Thus, The Kuzari is a work at least based upon historical fact. R. Yehuda HaLevi claims that his work records the actual conversations which took place between king and scholar hundreds of years earlier. Of course, how much was reliably passed down through the ages and how much stems from R. Yehuda’s own scholarly poetic license can never be determined. Regardless, the work is considered a fundamental and wide-ranging one, refreshingly readable for a serious work of theology.

This turned out a much lengthier introduction than I intended. I actually wanted to bring out only a single point from this important work, as follows.

When the king of the Khazars invited a philosopher to discuss religion, the philosopher actually made a very convincing presentation. He described his beliefs as follows.

There is a G-d who created the universe who is infinite and unchanging. Now this G-d, as an infinite being, cannot possibly have needs or wants. “Wanting” something implies lacking it beforehand. It implies G-d had a need which was only later fulfilled. But G-d is infinite. He could not possibly have ever had a lack to begin with — by definition. And if so, G-d cannot possibly care how we behave. It is logically impossible that G-d “wants” our mitzvos (good deeds) or feels “happy” when we obey Him. G-d lacks for absolutely nothing — both before and after we serve Him, or whether or not we follow His will. Our deeds thus make absolutely no difference to G-d and can in no way bring us any closer to Him.

Further, continued the philosopher, logically speaking, an infinite G-d cannot even relate to finite man. A perfect G-d is unchanging, yet man constantly changes. G-d’s knowledge is perfect and can never change; He thus cannot relate to the states and deeds of changing man. And most certainly, an unchanging G-d cannot “change His mind” on account of man’s prayers. He is not even aware of what we are saying.

Thus, concluded the philosopher, it is wise to live with a meaningful code of conduct, but that could only be viewed as personal self-improvement. It is healthier and more rewarding to live a meaningful lifestyle, to develop the mind and to appreciate higher wisdom. But G-d really could not care less about it. We only do so for our own enrichment.

The king was able to dismiss the philosopher’s line of reasoning easily. If G-d doesn’t care how man behaves, why was an angel coming to him in a dream telling him his actions are misdirected? Clearly. then, there is a G-d who cares what we do. (Too bad more of us aren’t “plagued” which such dreams. Or maybe we are: we just suppress them…)

Yet, the philosopher’s arguments cannot be so readily dismissed. In presenting the position of the philosopher, the highest embodiment of human wisdom, R. Yehuda was describing the most logical approach to G-d — near as man can figure. First of all, a G-d must exist. A finite world cannot exist unless an infinite G-d preceded it. (The alternate approach, the Aristotelian, is that the world itself is infinite and needed no creator — a position modern science has long rejected.) Yet, if G-d is infinite, He could not possibly relate to the finite world He fashioned. He created the world, but it would have to stop right there. For, as the philosopher explained, G-d did not “need” anything when He created the world, nor could the deeds of man possibly benefit Him in the slightest. And this, for better or worse, is the nearest man can understand G-d, taking our meager understanding of infinity to its logical conclusion.

I don’t know if people appreciate this, but teaching us otherwise was perhaps Judaism’s greatest contribution to the human understanding of theology. We have a G-d who cares how we behave. He loves us, roots for us, and our behavior matters to Him — profoundly. How can this be if philosophically speaking it cannot be? It is one of the great mysteries of G-d’s ways. It relates to the Kabbalistic concept of “tzimtzum” — that G-d somehow constricted Himself — creating a need within Himself — in order to create a universe. As I once heard R. Yitzchak Berkovits express it, in the eyes of Judaism God’s first and greatest act of creation was not in creating something but in limiting Himself — allowing a world of at least seeming independence to come to being.

I will not attempt to expound upon this nor pretend to understand it myself. Yet this is religion as the Torah depicts it, as it was handed down to us from our ancestors. G-d is perfect and infinite, yet He is our personal G-d as well — who loves and cherishes us and wants nothing other than our good behavior, and yes, who feels “sad” when we misbehave. Thus — somehow — Judaism does the impossible. Without compromising G-d’s perfection in the slightest, it gives meaning to life and our behavior. G-d is perfect and unchanging, yet nothing in this universe matters to Him more than we.