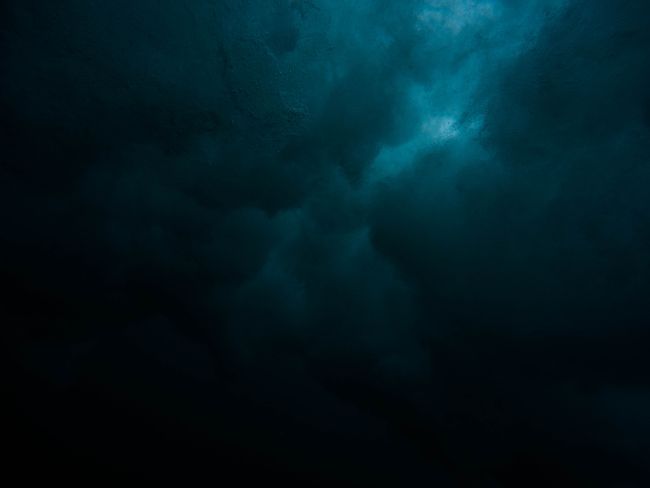 Yom Kippur is a time of teshuva (repentance) for all, both the individual and the public. It is the end of [the period of] pardon and forgiveness for Israel. Therefore, everyone is obligated to do teshuva and confess on Yom Kippur.

The obligation to confess on Yom Kippur is to begin on the eve of the day, before one eats [the final meal before Yom Kippur], lest he choke during his meal before he confesses. Even though [a person] confessed before eating, he must again confess on Yom Kippur night [during the] evening services (‘arvis’), and again during the morning services (‘shacharis’), [as well as] during the ‘mussaf’, ‘mincha’ and ‘neilah’ services.

Where (i.e., at what point in each prayer service) does [a person] confess? An individual after concluding his [shemoneh esrei] prayer and the cantor in the middle of his prayers in the fourth blessing.

Last week the Rambam discussed the significance of the Ten Days of Penitence — the ten-day period from Rosh Hashanah till Yom Kippur. It is a time period in which G-d is especially close to man, awaiting his repentance, and in which we too become attuned to this reality.

This week the Rambam turns to the climax of this special period, Yom Kippur, the Day of Atonement. This is the day most auspicious for repentance of the entire year. On this day the Satan is muzzled and not permitted to accuse (Talmud Yoma 20a). There is nothing separating us and G-d. It is a time we are able to return to Him like no other. And He in turn is there waiting.

Accordingly, as the Rambam points out, confession is one of the central aspects of the Yom Kippur service. We confess our sins several times throughout the day, as well as once before it even begins.

It might at first seem strange that confession is a part of the synagogue services, chanted in public often in unison with the other congregants. Isn’t confession a very private experience, in which a person examines his own personal faults and owns up to them? Instead we are given a “confession form,” in which we “recite” to G-d what is wrong with us!

But in truth, there is great wisdom to the fact that the Sages provided us with the text to the confessional services. As in practically all areas of Judaism the Torah (or Rabbis) offer us an instructive outline of our obligations to G-d. And that provides us with that crucial starting point for true devotion. The Torah never just tells us “Be good” — leaving us to figure out what exactly that means. It spells out proper service of G-d, leaving as little as possible to man’s cockeyed imagination.

Likewise regarding confession, if we would have to start out from scratch on our own, we would quite likely have no idea how to begin. We’d either burst out in incoherent babbling, or we’d be too scared to start — to initiate a conversation with G-d in our own words. Thus, the Sages provide us with the starting point.

The “viduy” (confession) we are provided with contains an alphabetical listing of sins — actually of underlying flaws which engender virtually all types of improper behavior. By covering the entire alphabet we are in effect stating that we have failed across the board, that we must improve ourselves in all areas. Certainly, anyone who wants to have a truly meaningful Yom Kippur will examine deeper and determine which flaws most relate to him and in which way — as well as which ones he will focus on most strongly for the coming year. And this most certainly implies reviewing the prayer book in advance to understand how each issue applies to him personally. (There are many lengthy works in publication — in several languages — which elaborate on the confessional service explaining the meaning and ramifications of each fault listed.) Yet the Sages in their wisdom provide us with the “boilerplate” text, for if not for this, we would have no meaningful way to begin.

Another important point is as we discussed last week, that praying with a quorum is always more effective than praying in private. By joining with the congregation in confession, G-d is much more likely to accept our penitence — as G-d would never reject an entire congregation of penitent Jews.

The Rambam in this law makes reference to the final meal eaten before Yom Kippur, saying that one must recite the viduy one time before this meal lest one choke to death during it. This meal is known as the “se’udah ha’mafsekes” (lit., “dividing meal” — dividing between the mundane and sacred). It is viewed as semi-festive according to Jewish law. There are several reasons offered for this. Below I quote three, all offered by Rabbeinu Yonah of Gerona (great Talmudist and ethicist of 13th Century Spain) in his work Sha’arei Tehuva (“The Gates of Repentance”, 4:8-10):

(1) By celebrating on the eve of Yom Kippur, a person demonstrates his joy over the day’s arrival — over his opportunity to return to G-d and merit atonement for his sins. This in itself serves to indicate how upset the person was over his past sins and how anxiously he awaited the opportunity to achieve expiation.

(2) Just as all major holidays are celebrated with feasting — as our very feasting indicates our great happiness in our observance, so too the holiday of Yom Kippur calls for celebration. As we cannot eat on the day itself, we celebrate its arrival immediately beforehand.

(3) Practically, eating a good square meal before Yom Kippur will give us the strength to properly observe the day when it arrives.

The Rambam, based on the Talmud (Yoma 87b), states that one must confess one time before the final meal lest he choke at the meal and never make it to Yom Kippur. This seems like a curious reason. We of course must always bear in mind our mortality — on Yom Kippur of all times — yet generally speaking we are not so concerned that people will suddenly drop dead during the ordinary course of events. (See for example Mishna Gittin 3:3-4).

I believe there are a few possible answers to this. First of all, the opportunity of communing with G-d on Yom Kippur is so precious that we don’t want to take any risk whatsoever that it be missed. At least immediately prior to Yom Kippur let us merit some connection with G-d.

Second, as we discussed in the past (1:3) (and will G-d willing discuss further next week), Yom Kippur itself is a time of closeness to G-d. The day itself moves us closer to Him. Thus, as my teacher R. Yochanan Zweig explained, the day can almost be viewed as a day-long communion with G-d. To begin such a day, we must achieve a level of purity beforehand so that we can truly cleave to G-d. (The Talmud there begins by stating that if not for the fear of choking, the ideal time is to confess is immediately before the day begins — after the final meal.) Thus even before the day begins, the Sages saw need for confession.

Finally, one of the great axioms of Judaism is that for every good force in this world, there is an equally powerful negative one. “This opposite that did G-d make” (Koheles (Ecclesiastes) 7:14; see Talmud Hagigah 15a). There is a balance in this world. Goodness (as well as evil) can never become so powerful and entrenched that there is nothing to check its progress. Otherwise, there would be no challenge to life — and that would defeat the entire purpose of creation. The Talmud states that the greater a person is, the stronger his evil inclination (Sukkah 52a). To maintain the challenge of this world, the greater a person is, the higher the stakes of life must be.

Likewise, when Yom Kippur arrives with all its potential for greatness, it cannot go unchecked. Satan will do anything in its power to see to it that we never reach such a time. Thus, the possibility that we choke to death literally on the verge of perfection is a very real one which the Sages did not in any way discount. (Keep in mind also that Satan is not permitted to accuse on Yom Kippur itself. This is his last chance to ruin it for us this year. He won’t miss it.)

One more fascinating idea before I close. The Rambam stated that we confess before the final meal lest we choke to death beforehand. This is based upon one version of the Talmud (Yoma 87b), which states, “lest occur a ‘mishap’ / ‘calamity’ (kalkalah) during the meal.” The Rambam understands the “calamity” to be premature death before the day arrives.

The Talmud as we have it, however, states something somewhat different: “lest a person’s mind become ‘unsettled’ during the meal.” The commentator Rashi explains that a person may drink too much and become inebriated during his final meal. He will then sleep off much of Yom Kippur and the day will lose a great deal of its potential.

My teacher R. Yochanan Zweig wondered how a person could be so careless as to take to drinking immediately before so solemn and pivotal a day. Apart from an inveterate alcoholic, who could possibly be so reckless as to drink himself under the table right before Yom Kippur — regardless of how he behaved the rest of the year?

R. Zweig suggested that perhaps this is precisely the type of state a person may want to bring himself to. On Yom Kippur a person will want to really open himself up. He needs to really talk out his problems with G-d — to “level” with G-d once and for all. He may well feel the openness a little wine engenders may do just the trick. (And of course, a little wine often becomes a lot of wine…)

I wrote the original version of this class only a number of days after Purim. Now on Purim one generally sees people quite soused who have manged to stagger their way to the synagogue for services — say the afternoon of or evening after Purim. An interesting thing I’ve always noticed is that such people at least appear to be the most emotional ones at the services. They wail, they beseech G-d loudly and tearfully for their needs, waving their arms and bodies like nothing you’ve ever seen. They at least seem to really be putting heartfelt emotion into their words. And likewise, on Yom Kippur a person may feel that is just how he’d like to be.

In truth, however, Jewish law simply does not permit this. The Talmud (Eiruvin 64a) states that a person under the influence may not pray to G-d, even if he’s consumed only a few ounces of wine (a “revi’is” (lit., “quarter”) in the range of 3-5 oz. — nowhere near the legal definition of inebriation). If so, even if a person would honestly believe he can pray more openly and sincerely to G-d only after the loosening effects of a little wine, we do not permit it. Prayers are not a time to “level” with G-d and speak to Him in free, unbridled openness. We are still G-d’s submissive servants, standing in awed trepidation before Him. And as much as we must openly admit to our faults and communicate with our G-d, we may never lose site of our absolute nothingness before His grand and glorious Presence.