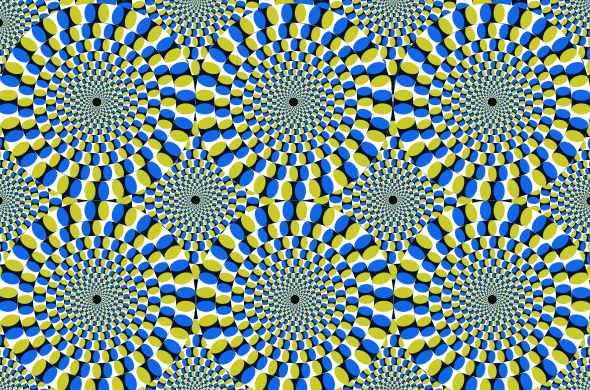 For the past several weeks, the Rambam has been listing categories of sinners so despicable as to merit no share in the World to Come — the very few exceptions to an almost universal rule. The earlier categories consisted of various types of nonbelievers. The later ones covered people whose evil is not theological but whose behavior is wholly antithetical to Jewish ideals and values. We are now up to one of the final categories of the Rambam’s list (3:6) and the final one he elaborates on.

This final category — the ruler who lords over his subjects, I found a bit surprising. His sin is certainly serious — putting down other Jews to inflate his own ego, but we would not tend to think his evil is so depraved as to exclude him utterly from the World to Come. Is he really worse than the idolater, adulterer or any of the many sinners who certainly spend time in Purgatory but afterwards receive their due in the Hereafter? It doesn’t sound as if this ruler is torturing and murdering his subjects at whim. He is merely lording over them, placing fear in their hearts. How is his behavior so antithetical to spirituality?

I believe the answer in a word is that such a person is playing god. Practically the most basic premise of Judaism is that G-d is the King and center of the universe. We are no more than His subjects. We exist at His pleasure and through His mercy. We owe our very existence to G-d, and we must live with the awareness that we were and are continually granted life only in order that we serve Him. True, ultimately G-d created us as an act of kindness — enabling us to earn reward and forge a relationship with Him — the ultimate human pleasure. Yet, G-d calls the shots. We exist at His mercy and for the purpose He has in mind.

The tyrannical ruler, however, has set himself up as god. He is the center of his universe; everyone must jump at his beck and call. And such is antithetical to having a relationship with G-d. The Talmud (Sotah 5a) quotes G-d’s reaction to such a person (based on Psalms 101:5): “He and I cannot dwell together in the world.” It is either G-d’s universe or yours; you cannot have it both ways. If you’re serving yourself, you are no servant of G-d — and consequently deserve no part in the reward He grants His faithful.

The Talmud elsewhere (Rosh Hashanah 17a) makes a curious statement regarding such a person. It states, “Any director / provider (“parnais”) who places undue fear on the community not for the sake of heaven will never be granted a son who is a Torah scholar, as it is stated, ‘Therefore men will fear him; he will not see the wise of heart’ (Job 37:24).”

What is the connection between placing fear on others and not being granted a wise son? Of course, as we know, such a person is terribly sinful. At its most extreme, he will be granted no share in the Hereafter. But why in particular will he be granted no worthy progeny? As we all see — today and throughout history — sometimes the most wonderful, self-motivated children hail from the most rotten and dysfunctional homes, while the most stable, religious homes oftentimes produce the most awful and listless children, utterly devoid of spiritual yearnings. All of this tends to confirm yet another axiom we are all familiar with — that G-d most certainly has a sense of humor. Yet why is the despotic ruler the exception to this? Why in his case is unlearned progeny guaranteed?

I believe the answer is as follows. Someone who places undue fear on others is fooling himself. He yells at others and they jump to attention. Outwardly, he is a big shot; he has made it. People revere him; when he yells they come running. But it is all an illusion. They really can’t stand him. His power, wealth or temper causes them to obey his word. But in truth, he does not hold their regard in the slightest. There is no one lower in their eyes than their spoiled, loudmouthed leader (or boss or father). No doubt deep down he realizes this himself, yet he allows himself to be taken in by the illusion. He lives for outer appearances. He settles for the illusion of importance, knowing in his heart that in truth it is all a facade.

Such a person will never be granted worthy children. There are two related reasons for this. Firstly, he has no real substance. He lives for illusions. Spiritually, children stem from the achievements of a person. They extend his reality; they receive his qualities and abilities and develop them one step further. The ruler described above, by contrast, has no essence. He is wholly empty, latching on to false mirages, and so provides no true basis for worthy descendants.

A somewhat different angle to this is that children are built upon the parents’ long-term investment. A full generation of raising and nurturing is required till one’s children come into their own. The fruits of the parents’ efforts are not visible until after years of unrequited investment.

The person who bosses and yells has no sense for long-term results. He wants immediate results — illusory as they may be. He settles for the empty and instantaneous, with no regard whatsoever for the long-term effects of his behavior: Do his outbursts really achieve what he intends? Are his underlings more productive on account of it? Or do they resentfully and spitefully slack off as soon as his back is turned? And what of the emotional effects on his employees and the overall organization? The tyrant cares only about what occurs before his eyes, in the here and now. And he will never be granted the long-term benefit and pleasure of worthy children.

The Talmud elsewhere (Sotah 10b) makes a related statement. “Any daughter-in-law who is modest in her father-in-law’s house will merit to have kings and prophets descend from her.” (The basis is Tamar, daughter-in-law and then wife of Judah (see Genesis 38). She was later able to play the harlot with him because he literally did not recognize her.) (A similar statement is found in Talmud Yoma 47a regarding a modest woman who had High Priests descend from her.)

The context is different but the message is strikingly similar. A more feminine version of the boss who rants and raves is the woman who dresses immodestly. She feels noticed and important. When she passes, men turn their heads to see. She is the center of attention; everyone runs after her. But here too she is fooling herself. The men whose gaze she attracts do not value or care for her in the slightest. They care for themselves. She gains the empty illusion of importance — and settles for that. She does not earn true recognition — for whom she actually is within (one reason Judaism places such emphasis on modesty for women). She reveals her flesh — her outer, physical self — allowing her to be caught up in the fantasy that she becomes someone as a result.

By contrast, teaches the Talmud, the woman who is modest will be granted great children. She did not sell herself for emptiness. She built true self-esteem. She appreciated and developed her true value, building healthy and lasting relationships. And as a result, she will be granted beautiful children, built upon the substance she possessed and the long-term investments she nurtured.

We are thus left with two great messages this week. The first is the Rambam’s — that the tyrannical ruler who terrorizes his subjects will be granted no share in the World to Come. If he plays god himself he leaves no room for the true G-d. The second is that the person who lives for empty illusions will ultimately have no substance himself. He settled for the appearance of importance and recognition. And tragically, not only will he ultimately remain empty himself, but there will be precious little left for his descendants to inherit.