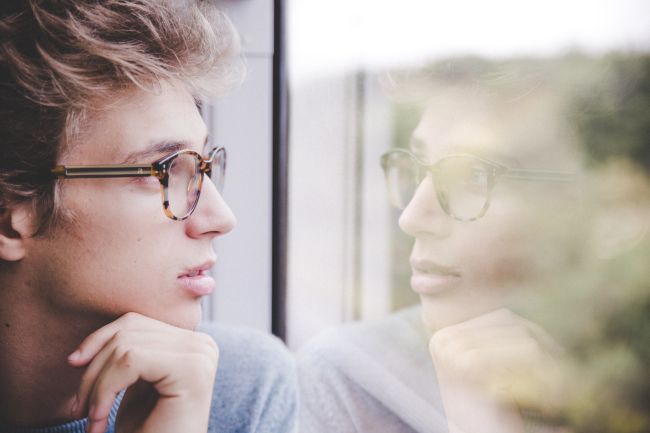 Each one of these twenty four types of people we listed, even though they are Jewish, have no share in the World to Come.

There are [also] sins less serious than these yet even so the Sages stated that one who accustoms himself to doing them has no share in the World to Come. [Therefore,] it is appropriate to distance oneself from them and to be careful regarding them. They are: (a) one who gives his fellow a [derogatory] nickname; (b) one who calls his fellow by a [derogatory] nickname; (c) one who shames his fellow publicly; (d) one who honors himself by denigrating his fellow (lit., ‘through his fellows shame’); (e) one who belittles Torah scholars; (f) one who belittles his Torah teachers; (g) one who denigrates the holidays; (h) one who desecrates sacred items.

The first two categories relate to assigning one’s fellow a nickname or addressing him with it. The intent isn’t for “bugsy,” “scooter,” “smiley,” or the sort of cutesy pet names which come to our minds. Rather, in Talmudic times, nicknames served as a sort of last name. In the days when people were known via their given names alone, one “Samuel” was distinguished from another via his father’s name, his place of origin, his occupation, and sometimes his size. These served as a type of informal surname — and naturally colored people’s overall impression of the person.

Thus, the types of nicknames the Sages had in mind were appellations which described a person or family, often in a far less complimentary fashion — “Samuel horse thief,” “cattle rustler”, “loan shark”, etc. — typically a descriptor alluding to the family’s dark past (or present). Accordingly, the Sages did not view such “nicknames” as harmless ribbing, but as a potentially ruinous means of branding an entire family.

And of course, once such a “nickname” sticks, who would go into business or marry into a family like that? And so, nicknames, as innocuous as they appear to us, were viewed by the Rabbis as a subtle but very real way of ruining the lives of individuals as well as entire families.

Most of the Rambam’s other categories are self-explanatory. Two more require a little elucidation. The second to last is “one who denigrates the holidays.” The commentators to Pirkei Avos, which also lists this category, all explain that the intent is not for the holidays themselves but for their intermediate days, known as “chol ha’mo’ed” (lit., “the mundane of the holiday”). Their precises status is discussed below.

The holidays of Passover and Sukkos (Tabernacles) consist of seven and eight days respectively (with an additional day observed in the Diaspora). The first and last day (or the first and last two days in the Diaspora) are sacred and are similar to the Sabbath in observance. The intermediate days have a semi-sacred status. We refrain from many types of work on them but there are many exceptions to this, the exceptions arguably outweighing the rule.

On account of this, although people would generally take the beginning and end days of the holidays quite seriously, chol ha’mo’ed would often fall through the cracks. After taking off days of work for the start of the holiday (and often the preparations beforehand), fathers (and often mothers) would rush back to work for the intermediate days. It would be business as usual. The considerable sanctity of the intermediate days would be all but ignored.

(Although leniencies at times exist for performing various types of labor on chol ha’mo’ed, working for pay is generally not permissible. Exceptions may be found if an employee does not have enough vacation time to take off or if the work itself is time-critical (technical support, accounting work during tax season (when Passover generally falls), etc.). However, such questions must be posed to a competent rabbinical authority. Simply treating the day as ordinary — not even considering taking off — the Sages cannot countenance.)

The final case the Rambam cites is “one who desecrates sacred items,” also listed in Pirkei Avos. The commentators there understand this to be referring to one who treats sacrifices or other Temple artifacts as mundane. No doubt included in this is one who disrespects all sacred items and places, such as one who mistreats religious books or who clowns around in the synagogue.

There is a very basic unifying thread running through all of the cases cited. In every one of them, something which is sacred is treated as commonplace — be it another human being, the Temple, Torah scholars, or the holidays. Thus, the theme of the Rambam this week is a very simple one: If you do not view items sacred to G-d as holy, then clearly you do not take spirituality very seriously. How could a person treat a holiday or a sacrifice lightly? Clearly he sees no holiness to it. And if so, he does not truly regard the G-d who imbued sanctity into it.

Thus, one who disrespects G-d’s holy items does not truly revere G-d and all He stands for. He may perform good deeds, but they are hollow. For if nothing is sacred, why would such a person earn heavenly reward? His acts are not divine means of cleaving to G-d. They are empty actions, devoid of any true sanctity. And so, they earn him no eternality. If G-d is not important to such a person, his good deeds, no matter how numerous, are equally meaningless.

Based on this, we can also appreciate why the Rambam states that one loses his share in the World to Come only if he engages in such sins on a regular basis. The commentators point out that all of the Rambam’s categories are based on passages in the Talmud, none of which state anything about transgressing these sins regularly. But the reason is as follows. If, say, I disrespect a Torah scholar or embarrass my fellow one time, it is most certainly a terrible sin. Yet losing one’s share in the World to Come is a very serious affair. That does not occur for idolatry, neither does it occur for an occasional religious lapse, even very serious.

One, however, who regularly acts such a way is different. It is not so much the sin itself; it is the attitude it reflects. You do not regard a Torah scholar, or a human being fashioned in the image of G-d. Sinning in such a way once in a while is terrible but does not necessarily reflect so flawed an attitude. Doing it regularly means that the G-d who invested sanctity into such things is not important either. And someone who cares not for G-d will receive no share in the hereafter. He may well have done many good deeds in his day, but ultimately his actions were empty. If he did not venerate the G-d who commanded them, his deeds are devoid of true holiness and earn him no eternal closeness to the G-d who commanded them.