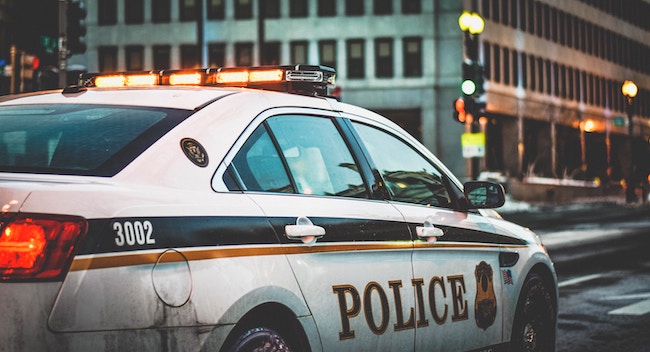 For the past several weeks, we have been covering the Rambam’s very short list of sinners so evil as to merit no share in the World to Come. This week the Rambam discusses the informer, one who turns over his fellow Jew to the temporal authorities.

In rabbinic writings and throughout the ages, the “moser” / informer has been considered one of the most evil and despicable characters in Israel, the Jewish Benedict Arnold who sics our worst enemies on us. Either to avenge his own petty hatreds or to curry favor with the authorities, he snitches on his fellow Jews, generally giving the all-too-willing authorities all the excuse they need to go in for the kill.

An important counterpoint to this is in line. Judaism is not against informing because it makes it difficult for Jews to evade the law. Abidance to the secular law is a Torah obligation (“dina d’malchusa dina”). Jews are obligated by the Torah to pay taxes and obey the law of the land. Rather, informing is viewed so negatively because throughout most of our history, informing on a fellow Jew was tantamount to killing him — as well as endangering the greater Jewish community once suspicion is aroused regarding its behavior. Not only is snitching in itself viewed as a very lowly and cowardly act, the danger is real, immediate and more than likely to get terribly out of hand.

In more recent years, scholars have debated to what extent this law applies today. Some are of the opinion that the law is virtually inapplicable in countries whose governments serve to uphold just laws rather than capriciously oppress and discriminate. Others are less sure of this — arguing in part that although many governments today are just (for the most part), the punishments they administer may not be justified according to Torah law. Incarceration, for example, in itself very dangerous, is almost never warranted in Jewish law. According to virtually all opinions, however, if a person is a direct danger to society — say a physically-abusive father — the authorities must be involved almost immediately.

(It should be noted that throughout our history there have been many societies in which the Jews were given a fair degree of legal autonomy — the authority to rule over religious issues in particular, but almost never were they granted a police arm to enforce the courts’ decisions. To enforce compliance, courts would often resort to such means as applying social pressure to the recalcitrant — ostracizing him from the Jewish community. Yet there was much less they could do against a person who posed a physical threat to his surroundings. For such, the secular authorities would generally have to be involved.)

Throughout history, there have been fascinating, if tragic, applications of this law. There is a Mishna (Terumos 8:12) which discusses the following scenario. A group of women are out standing together. A gang of Gentiles approaches them, saying “Hand over one of you or we’ll violate you all!” Are they permitted to willingly cede one for the sake of the many? Or should we never go along with the evil wishes of such people in any way, regardless of the consequences?

Needless to say, scenarios of this type have repeated themselves throughout history more times than we would want to know. During the Holocaust the Nazis, in the process of liquidating the ghettos, would require of the Judenrat the orderly handing over of say, 1000 people a day for “deportation”. Failure to comply would result not only in the deaths of the Judenrat members and their families, but perhaps the wholesale and immediate destruction of the entire ghetto. Should they comply in the hopes of slowing down the process? Or should they never condescend to collaborate with the enemy?

Of course, far be it from us to judge the behavior of people in such trying and tragic circumstances. As might be expected, there were those refused to cooperate in any way, shape or form, there were those who collaborated in the sincere hope they were ultimately helping the Jewish cause, and there were those who collaborated primarily in the hope of saving their own skins at the expense of their brethren. In fact, many who did collaborate subsequently committed suicide — on account of the terrible burden of guilt placed upon them, and especially once they recognized that all their noble efforts were utterly futile.

What I will do below, however, is offer a few of the primary relevant sources, providing some of the basic framework underlying so difficult and tragic an area of Jewish law.

Returning to the case I quoted above, in which a Gentile gang demands a Jewish girl, the mishna concludes: “Let them violate them all, and let not one Jewish soul be handed over.”

It thus seems fairly open and shut. We may never collaborate with the Gentiles whatever the consequences. We may never willingly hand over a single Jew to the enemy come what may.

We must now, however, turn to a second relevant source. In II Samuel 20 we read of Sheva ben (son of) Bichri, who fomented a rebellion against King David. Towards the end of the chapter, he was besieged in the town of Availa which sided with him. Yoav, David’s chief general, came with his men to destroy the entire rebellious city. A wise woman — whom the Midrash identifies as the extremely long-lived Serach daughter of Asher (whom the Midrash states Jacob had earlier blessed with a long life) — called out to Yoav asking why he wanted to destroy an entire city on account of one man. Yoav demurred, stating that he was really only after Sheva ben Bichri. The townsfolk, on the wise woman’s behest, delivered.his head and the rebellion ended with minimal bloodshed.

The classical commentators deduce an important law from the above episode. Yoav was prepared to destroy the entire city of Availa for harboring a rebel to the throne. In the eyes of the townsfolk, who sided with Sheva, Yoav was the temporal authority wrongly demanding one of their number. Could they deliver him over? Does not the Mishna state that a Jew must never be unjustly handed over the the authorities? Yet that is precisely what they did in order to save themselves! What was their justification?

(Note that although the Availites (whatever) were engaged in open rebellion against the King of Israel, the commentators assume we can infer Jewish law from their behavior — especially from that of the wise woman at their helm. They may have been wrong about Sheva, but the general assumption is that the behavior of the Israelites was fully in accordance with Jewish law.)

Many of the commentators, based on a source contemporary to the Mishna, answer based on the following distinction (see Rashi and Yad Ramah to Talmud Sanhedrin 72b). In the case in Scripture, Sheva himself was holed up in the city with the townsfolk. Had Yoav attacked, not only would the rest of them have perished, but he would have as well. Thus, it was not a matter of handing over one Jew in order to save others. It was a matter of either having him together with them killed or having him alone killed. The wise woman rightly realized nothing would have been gained by sacrificing them all.

By contrast, in the case of delivering a woman to the Gentiles, the Gentiles were not asking for a specific woman; any one would have done. And if the women would not comply, they were going to attack them all. Well, perhaps the Gentiles would have been satisfied without violating every last one of them. If so, willingly handing over a single one is not a case of violating one versus violating all. It is a case of handing over one woman who may have been spared in order to protect the others. And that the Sages never condone.

This discussion actually gets far more complex than this first taste of Talmudic logic. And likewise the application to Holocaust scenarios is far from clear. (Would they have all been killed or deported had they not complied? Perhaps some of those who would have been delivered would have managed to save themselves. Or perhaps refusing to comply would have confused and slowed the entire process. Usually not really answerable questions.) Regardless, I will not attempt to build further upon this discussion. I thought, however, it was valuable to provide this brief introduction into the process of determining Jewish law in so sensitive an area — as well as appreciating both the legal and ethical dilemmas Jews, both simple and great, have been faced with throughout the ages.