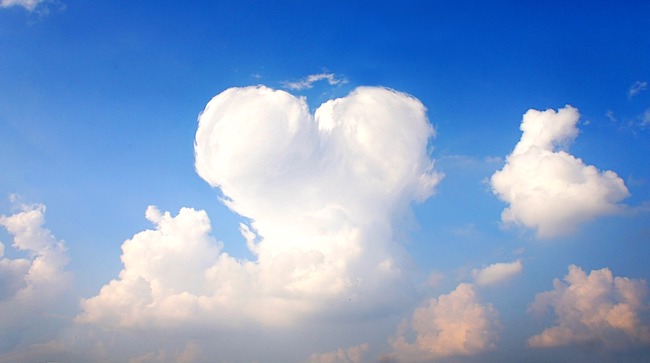 This week’s qualities are clearly related, referring to the affection both the Torah scholar has for G-d and others in turn have for him. We will examine each separately.

(28) Being loved: The scholar should be the type of person people like and admire — even if from a slight distance. Although the scholar views his primary calling as to G-d, this cannot be his entire focus, and it should certainly not be to the detriment of other relationships. We learned earlier: “Anyone who is pleasing to his fellows is pleasing to G-d. Anyone who is not pleasing to his fellows is not pleasing to G-d” (3:13). Anyone who is very pious and holy — but somehow manages to get on everyone else’s nerves (yes, and we all know people like this) 😉 — somehow is not quite the true scholar of our mishna.

Our scholar lives and represents Torah; he never compromises his values for pleasure or social acceptance. Yet he does not hold this up as a barrier between himself and others. He might be uncompromising in his beliefs, yet as we learned last week he “fences in” his words: he knows when to speak and when to remain silent. He does not weigh unbearably upon others. And ultimately, people learn to both respect and love the person who stands behind his principles and means what he says.

(29) Loving G-d: This quality seems almost strange. Doesn’t the scholar obviously love G-d? If not, why is he studying? And if our mishna simply means that one must first love G-d or he will not study, why is this only the 29th way? Isn’t this the most fundamental prerequisite for Torah study — probably for anything in Judaism for that matter?

Jeremiah, after summarizing some of the heinous and wicked deeds of the Children of Israel during the period of the First Temple and foretelling the destruction of the Land, poses what seems a cryptic question: “Who is the wise man who can understand this, or one whom the L-rd has spoken to and can say? Why was the land destroyed, left wasted as a desert through which none passes? And the L-rd says, ‘For they have forsaken My Torah…'” (9:11-12). Although the chapter began with a lengthy description of Israel’s terrible sins and their imminent doom, Jeremiah begins to ask anew why the land was about to be destroyed. What did he mean to ask?

The commentator Metsudas Dovid explains that Jeremiah was searching for the root cause of Israel’s decline. How did they sink so low? Wasn’t Israel a nation of believers? Hadn’t they personally witnessed G-d’s supernatural power and beneficence during the Exodus and in the wilderness — and hadn’t the nation been commemorating these events ever since? And were they not all still witness to daily open miracles in the Temple? Yet here they were, depraved, decayed and doomed to destruction, bearing almost none of the spark of divinity once kindled and nurtured within them? What brought it all about?

The Talmud (Baba Metziah 85) sees the depth and drama of Jeremiah’s soliloquy. “Who is the wise men:” The sages of Israel were asked and could not answer. “Or one whom the L-rd has spoken to:” The prophets tried and could not explain. “Why was the Land destroyed?” Only G-d Himself could respond: “For they have forsaken My Torah” (to be read in a deep voice) 😉 . The Talmud explains, equally cryptically: They did not recite the preliminary blessings before studying Torah.

As the Talmud expounds, the sin of the Children of Israel must have been immeasurably tiny. The Sages were asked and they could find no fault in us. The prophets were dumbfounded. Only G-d Himself could explain what Israel’s flaw was.

It is thus clear that Israel — at least at first — did not consist of flagrant sinners — ones who had *literally* forsaken the Torah. Had that been the case, it would have hardly required Divine revelation to recognize this, nor would Jeremiah himself have missed it. Rather, as the Talmud explains, their fault was some seemingly trivial technical detail of Jewish law. Israel was studying Torah and performing the mitzvos (commandments), but they failed to recite the proper blessings beforehand.

Thus far, we have explained the basic gist of the Talmud — that no one short of G-d could figure out what was wrong with Israel because their fault was exceedingly small. But now for the big question: Why wouldn’t they have recited the preliminary blessings before studying Torah? Doing so is a Torah obligation. The blessings appear in every standard daily prayer book and take about 30 seconds to recite. Why in the world would great men — regarding whom no sage nor prophet could find fault — neglect so basic and trivial an obligation?

My teacher, R. Yochanan Zweig explained as follows. We ordinarily recite blessings before fulfilling any positive commandment (mitzvah). Before performing any mitzvah — eating matzah at the Seder, lighting Sabbath candles, donning a tallis (prayer shawl) or tefillin (phylacteries) — we bless the L-rd who has given us this opportunity to sanctify ourselves with this commandment. By doing so, we direct ourselves heavenward and remind ourselves that our ultimate purpose in performing this act is to serve and get closer to the G-d who commanded it.

The Jews of Jeremiah’s time did not recite blessings over Torah study. Why not? Not because they neglected Torah study. It was actually because they loved it. Until Israel’s fall, they were hardly adulterers or idolaters. They were true believers who certainly performed every mitzvah and studied Torah with alacrity. But they had one flaw, one in a way almost forgivable but which tragically brought about all else: they loved Torah study. They found it so fulfilling and soul-satisfying that they began to study Torah out of sheer love and excitement — and not because G-d had told them.

As I’m sure we all know, Torah study brings freedom and fulfillment, it speaks truth and infuses meaning into the lives of those who study it. The people of the Temple’s time saw infinitely more in the Torah than the likes of us ever will. But in so they neglected the most fundamental prerequisite for Torah study — to study for G-d’s sake — and to bless Him for it as well. (Perhaps they literally did say the blessings to fulfill the obligation to bless, but it was perfunctory. Their true focus was on the thrill of studying G-d’s wisdom, not on actually getting closer to G-d.) They studied and found personal fulfillment. And they were so fulfilled, so sated with the beauty of Torah, that they failed to see the G-d from Whom it all emanated.

This phenomenon — also understandably but tragically — is not unknown to observant Jews today. One can find the religious lifestyle so fulfilling and soul-satisfying that he or she lives it just because it is a wonderful way to live — almost to the exclusion of the G-d who commanded it. Judaism, with its wise Torah, rational commandments, wholesome family life, solid educational system, strong community structure etc. offers so much that most practicing Jews would be happy to live that way even if G-d theoretically had not commanded it upon them.

This again in a nutshell was what the people of Jeremiah’s time experienced. They found Torah fulfilling and meaningful to such a degree that they failed to bless G-d over it (whether literally or figuratively). They were so sated and energized by Torah study that they took Torah practically forgetting the G-d who commanded it. And neither the Sages nor the Prophets of the time saw anything wrong. Here was a nation bustling with the knowledge of Torah, studying with intense enthusiasm, and fulfilling every command to the letter.

But G-d Himself knew. They were studying but becoming *too* fulfilled. And in the end their acts were hollow, bereft of any true divinity. Their study became a self-serving activity rather than a G-d-serving one. And once that occurred, quite literally all hell broke loose. Their Torah study was not a sacred act, sanctifying them and protecting them from sin. It was a selfish act. If you study Torah because you like it, ultimately you are serving yourself and not G-d. And when enticement and passion come your way, you will serve yourself through that just as readily.

Thus, our mishna warns us. The scholar who has come so far, who studies eagerly and represents Torah to others, must remind himself. Those who truly appreciate the Torah and what it contains may just come to love it without loving G-d. Torah study for him will be an intellectual experience and perhaps even a spiritual one, but it will not be a religious one. We must constantly recognize the source of our Torah, never disassociating G-d’s knowledge from His sanctity. And in so doing, our appreciation of Torah will become an appreciation of — and love for — G-d Himself.