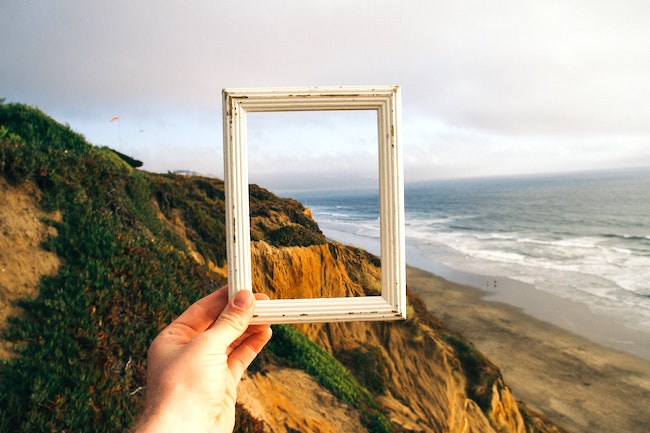 (30) Loving mankind (lit., loves the creations): The scholar is someone who, besides loving G-d and His Torah, loves man and all G-d’s creation as well. In this the scholar perhaps distinguishes himself from secular intellectuals or others of superior talent or breeding. We often find people of great talent, of the upper crust, aloof from us regular folk. They are smug in their achievements, full of themselves, and bearing little patience for and interest in lesser men. Their involvement with people outside their intellectual circles is begrudging at best — unlike Rabban Yochanan ben Zakkai who the Talmud records was the first to greet every Gentile in the marketplace (Brachos 17a).

Why do we not find any such aloofness and arrogance among great Torah scholars — or at least the temptation for it? Does our mishna mean that the scholar must force himself to act differently from his secular counterparts? Did R. Yochanan have to consciously will himself to notice every passer-by — or did he inherently have an appreciation for all of G-d’s creations?

We discussed a similar question not too long ago (6:1), and we discussed the idea that Torah study, in all its infinity, is a humbling as much as an aggrandizing experience. I’d like to bring out a different but related idea this time.

We discussed once before (5:22) how Abraham became who he was. What made him the great believer, the instructor and representative to mankind of a just, merciful and all-powerful G-d? Was he descended from great kings or wise scholars? No, he was raised among idolaters — his father being so “devout” as to turn over his own G-d-seeking son to the authorities. So how did he find G-d?

Our Sages fill in for us this gap in Abraham’s early life. He discovered G-d himself. He initiated his own personal odyssey, his own personal search for G-d — beginning at the age of three. And what led him towards this? Simple sincerity and intellectual honesty. Our Sages tell us that as a child Abraham saw the world in all its beauty and wonder. He realized in his unclouded, unsophisticated innocence that such order and design cannot exist by chance, nor could it have just always existed — and it certainly did not come to being through the molten images man was then worshiping. Great design implies a great Designer. Slowly, Abraham began to recognize that finite creation must have a beginning just as it surely has an end, and that it must stem from a Source above and beyond the finite world itself. He began to seek G-d, and G-d — who does not force Himself upon us but is always there for us — brought his search to fruition.

Abraham’s means of seeing G-d is significant; in fact we may call it the “right” way to find G-d. Abraham worked his way up. He saw beauty and harmony in the physical spheres — in the environment, in nature, and in the celestial spheres, and he built up from there to see the order and harmony above and beyond it all. Thus, in developing a recognition of and a love for G-d, he learned to love everything in between as well. Everything has a place and is meaningful in G-d’s scheme. Man is valuable and nature is valuable, and nothing — by virtue of the very fact that a perfect G-d created it — exists without a purpose.

When we study Torah we too get the slightest glimpse of the dazzling and breathtaking comprehension Abraham achieved. Torah study is not a “specialty” — the study of a specific branch of knowledge or science. It is something much greater. It gives us the Big Picture. Through it we understand the world, man, ourselves, and ultimately G-d Himself. If we truly and sincerely study Torah, everything fits in. We not only understand G-d’s knowledge, but we obtain a sense of the unity and oneness of the universe, every part of it being a reflection of the single, perfect Being who willed its existence. We will then love man: not only people in our own intellectual clique or even righteous people (although of course we will love them more), but any and every human being fashioned in G-d’s image, as well as every aspect of creation which bears the sacred mark of the G-d who brought it into being.

(31) Loving righteousness: The term used — “tsedakos” — means either righteousness or charitable acts. It should be noted that some editions of the Mishna do not list this quality (see Rashi, Vilna Gaon). As I believe I’ve mentioned before, the total number of qualities listed in our edition of Pirkei Avos is 51. Whether through textual amendments or “doubling-up” of qualities, the commentators shave the list down to the requisite 48.

This quality refers to performing “righteous” acts — beyond the letter of the law, and it says that the scholar not only performs such deeds but loves them as well. Thus, this quality goes beyond simply practicing what one has studied, or even just going beyond the letter of the law. It means that the scholar develops a love and appreciation for good deeds and righteousness.

In truth, one might think this quality would not result from Torah study. Torah study contains within it almost a sense of justice: the more and the harder one studies, the greater he will be in Torah knowledge. We learned above, “According to the effort is the reward” (5:27). “Tsedakos” conversely implies going beyond the letter of the law — possibly beyond what we understand and what we feel is deserved. If an able-bodied person does not work but asks for handouts, why should I bail him out? Torah scholars, with their intellectual honesty and sense of fair play, might simply not go for it.

Nevertheless, our mishna states that the scholar will develop such an appreciation. The Torah develops within a person the inherent desire to help others.

In Deuteronomy 13:13-19 we read of the idolatrous city — in which the majority of the inhabitants have become idolaters. The Torah instructs us to sentence the perpetrators to death (only those who actually sinned) and to destroy the entire city (even the property of the innocent residents), turning it into a perpetual ruin. If we fulfill this, G-d promises: “The L-rd will give you the trait of mercy” — we will become more merciful people.

This again appears paradoxical. By slaying the inhabitants of a city, one would think we would become violent, callous human beings, with a marked taste for human blood. But the Torah promises quite the opposite. This act of apparent cruelty will make us into nicer people — because we listened to G-d. Wiping out evil can be messy. Unfortunately at times evil can only be conquered using its own vicious means (a lesson some are always resistant to learn). Yet, as I believe R. Chaim Shmuelevitz observes, so long as we’re serving G-d and doing His will, what appears as the cruelest acts of vengeance will to G-d be acts of goodness: ones of destroying evil and ultimately of perfecting mankind. And G-d in turn will bless us to become kinder, more giving and more merciful individuals.