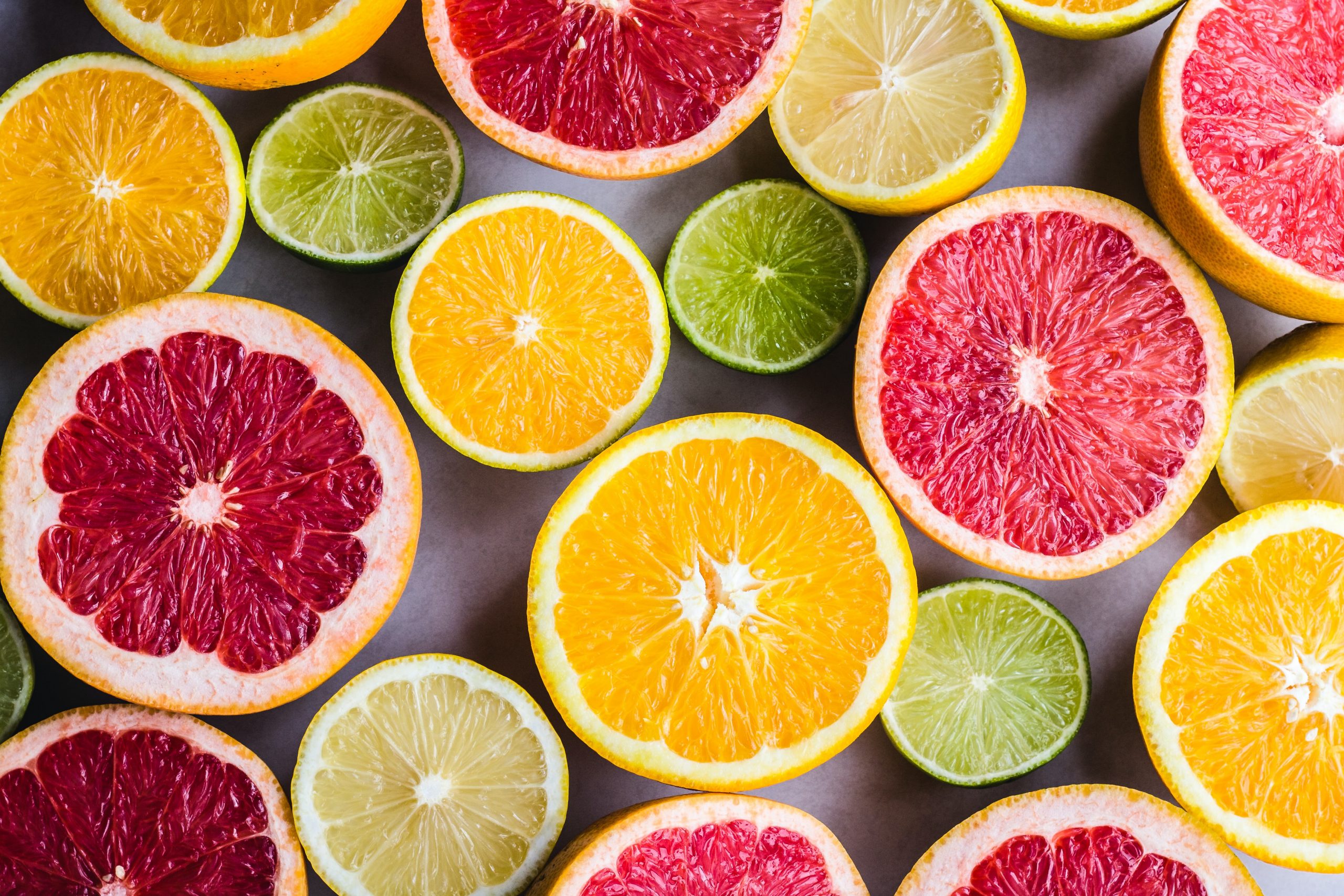 This week we finally complete our analysis of the qualities of R. Yochanan’s five students. We have yet to discuss the traits of his first and last students, R. Eliezer (eh-lee-EH-zer) and R. Elazar (note the slight difference in spelling and pronunciation). Since Mishna 12 contrasts these two students directly, I quoted it as well, and with it we will conclude our discussion.

R. Eliezer was described as a cemented pit. He retained everything he studied, never losing a drop. R. Elazar was an increasing river. He took the information he received and built upon it. He would reason, deduce, compare, and contrast, and would constantly discover new insights in his studies. His knowledge was not a static collection of information but a vibrant and gushing stream, constantly increasing as it rushed along.

In Mishna 12, R. Yochanan appears to contradict himself, first stating that R. Eliezer — “the pit” (well, it sounds better in Hebrew) — was greater than all other scholars, and then stating that R. Elazar was greater than the rest, R. Eliezer included. However, as R. Yonah and other commentators explain, the statements are not contradictory; both remarks are valid in their own context. R. Eliezer was master in terms of his breadth of knowledge whereas R. Elazar was unmatched in his sharpness and creativity.

Which one of the two was “better”? There really is no answer; it depends on the context and what one wants to accomplish. But R. Yochanan was not interested in “rating” his students. He was highlighting their qualities — letting them know just what he saw in them and what he knew they could achieve. These two students, as well as the others, all had their unique talents. And in their own proper element — when each finds his unique mission in life — there would be no one better than they to fulfill their special roles.

I think we can suggest further that sometimes to develop your own set of talents, G-d cannot bequeath you too much. Had R. Eliezer had the same probing, questioning mind as R. Elazar, he probably would have never been able to absorb nearly as much information. He would have been plagued with doubts and queries — how is case #1 different from case #2, let’s say we introduce this factor, what’s the real issue underlying this debate, etc. — and would have never been settled in his knowledge.

Likewise, had R. Elazar been blessed with a photographic memory, he probably would never have achieved to the degree he did in depth. When you know — as most of us do — that you won’t remember every point of a lecture, you are forced to sort out and prioritize the information, to see which points are significant and just what is significant about them. If the dry facts come to you too easily, you will swallow them whole and undigested — and you will never see the true profundity beneath the surface. A lot of the greatest and most creative Jewish scholarly minds over the centuries were not the walking encyclopedias; they were the ones who sifted through the sand and who found and polished the pearls.

And this is the manner in which G-d hands us our abilities. Sometimes one set of limitations forces us to achieve greatness in other areas. Some of us are almost obsessed with making up for perceived shortcomings and therefore overachieve in other areas. But even imbalances aside, G-d gave each of us the talents we need — and the disabilities we need — in order that each of us may realize his or her own greatness.

After establishing that neither of these two qualities is truly superior, it’s interesting to quote a few passages in the Talmud in which these qualities are contrasted. The Talmud (Bava Basra 21a) poses the following question: Which teacher of small children is preferable, the one who covers a lot of ground but is careless and doesn’t see to it that the children properly understand the material, or the one who is more careful with the students but is less versed and proficient himself? The Talmud concludes, the more careful teacher is preferred, for once an error enters a small mind, it remains.

(Unfortunately, this problem is not limited to the verses a schoolchild memorizes. It applies to many more of the negative messages a child absorbs from his parents and environment — bigotry, negative behavior patterns, misconceptions in self-esteem, etc. Young minds absorb much more than we would probably care to know.)

The Talmud (Brachos 64a) compares these qualities in the area of leadership. The Talmud records the following incident: The scholars of Bavel (Babylonia) required a new head for their yeshiva (rabbinical academy). The two front-runners were Rav Yosef and Rabba. Rav Yosef was called “Sinai:” he was considered to have mastered all Torah knowledge as taught by Moses at Sinai. Rabba, however, was referred to as the “mountain uprooter.” He could uproot and grind mountains of logic using his awesome abilities of reason and deduction. And the scholars of Bavel could not decide. They sent a message to the scholars of Israel: “Sinai and mountain uprooter, which comes first?” (I guess telegrams charged per word back then too.) The response: “Sinai comes first, for everyone requires the owner of the wheat.” The basic texts of the Torah are Israel’s staple and must be available to all. This takes precedence over the brilliant logical dissertations which Rabba was certainly capable of.

(The Talmud there continued with an interesting twist — which in itself carries an important message: In spite of the above, Rav Yosef refused the offer. He had been told by a soothsayer that he would rule for two years. Rabba thus headed the yeshiva for 22 years until his passing and then Rav Yosef assumed the helm for two years — at which point he died. Regarding him the Talmud commented: “One who presses the hour, the hour will press him (will rush him by). One who delays the hour, the hour will be delayed before him.” We all have our moments of greatness. If we pursue them, they will come and go, leaving us none the better. If we shy from them, we will only be more worthy of them when they do arrive.)

The Talmud elsewhere (Horiyos 14a) records an interesting sequel to the above story. The next generation had the exact same dilemma — who should assume the leadership. I won’t summarize the entire discussion there but I would like to mention one relevant point. Among the primary candidates were R. Zaira and Rabba bar (son of) Rav Masna. The Talmud asked, which of these two scholars would have made the greater leader? R. Zaira was known for his lightning sharpness and ability to pose challenging and imaginative questions. Rabba, however, was slow and steady: careful, diligent, one who worked out his studies to their proper conclusion. (There was no question who was more popular in academic circles.) A popular, intellectually stimulating leader would certainly command the respect of the student body and earn prestige for the yeshiva. On the other hand, the more sober, modestly-paced leader would more likely set a proper, realistic role model for the students. To this query the Talmud’s responded: “We don’t know.”

(Interestingly, this dispute was reenacted in more recent history. In the great Yeshiva of Volozhin in the mid 19th Century, R. Yosef Dov Ber Soloveitchik, forebear of the present Soloveitchik family, and R. Naftali Yehuda Zvi Berlin (the Netziv) both taught. The former was known for his enormously sharp and creative mind, while the latter knew the Torah backwards, forwards and from all angles. The devotion of the student body was divided between the two scholars. In the end, R. Yosef Dov and the Netziv themselves convened a Jewish court to decide who should assume the mantle. The dispute was peacefully settled with the Netziv becoming the yeshiva head and R. Yosef Dov his assistant. As an aside, the Eastern European Orthodox world of the past few centuries provides a fascinating window into some of the most vibrant and dynamic characters and communities of recent Jewish history. Very little space is devoted to them in history books; the Holocaust put an abrupt end to their story.)

I believe the conclusion of the final Talmudic passage above provides an appropriate conclusion to our discussion. Which skill is better? Who’s the better Torah scholar? We don’t know. And in truth it really does not matter. There is rarely a need nor very much gained from “rating” individuals. There are many paths to accomplishment in Torah, and there are many skills we can and should utilize in our pursuit of knowledge and understanding of G-d. There is truly no “better” or “worse” in Judaism. Each of us has his or her own mission to fulfill — and G-d has granted each of us just what we need to succeed.