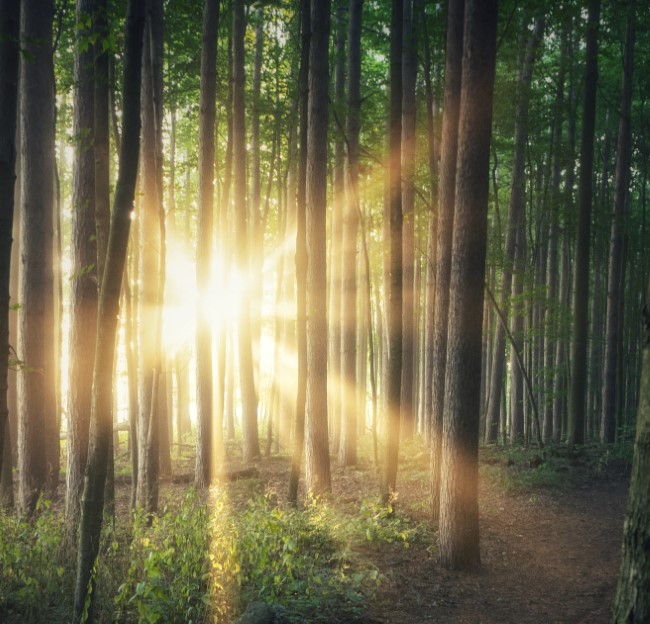 Akavia ben (son of) Mehalalel said: Consider three things and you will not come to sin. Know from where you have come, to where you are heading, and before Whom you will give justification and accounting. From where have you come? From a putrid drop (of semen). To where are you heading? To a place of dirt, worms and maggots. And before Whom will you give justification and accounting? Before the King of kings, the Holy One blessed be He.

This mishna places our lives in the proper perspective. We must see ourselves as finite and corporeal beings, composed of flesh derived from the dust of the earth. Likewise, our flesh will one day return to its source and leave us with nothing than our souls and accomplishments to accompany us when we stand before our Creator. It’s worthwhile examining each of Akavia’s point individually; the combined imagery is potent indeed.

Our origins should perhaps be the most humbling aspect of our self-awareness. We all come from the same quite “ordinary” beginnings. Pagan kings of old used to claim descent from the heavenly bodies. And (at the risk of generating a flurry of irate e-mails…), other religions claim their savior spawned from something “holier” than mere sexual relations. We make no such claims. For man should see himself (at least his physical side) as something not so qualitatively different from any beast of the field. Even the greatest Torah scholar once leaked out of his diaper, spat up on his mother’s good dress, played ball indoors and broke his parents’ expensive vase, and got yelled at by his mother for carrying on. We all began as purely physical, helpless, demanding creatures. What we make of ourselves after is our own choosing. But the humbling memory of our all-too-human past must accompany us all the while.

(This reminds me that today we live in a period in which some of the greatest, most traditional members of the American (and even Israeli) rabbinate attended public school in their youth — at a time when school prayer and Christmas carols were very much a part of the itinerary. (The Jewish day school movement did not really get underway until shortly after the War.) R. Berel Wein related that he was once being driven, together with a number of senior rabbis, to a Jewish function. During the course of the conversation it turned out that nearly all the rabbis present attended public school. One of those present was a Chassidic Rebbe in full garb. When doubt was cast upon his secular schooling, he proved it by singing a carol — I think it was “Silent Night” — to the other rabbis!)

(For my part, my father OBM came home one day from kindergarten disappointed that he was only the second chubbiest kid in his class — and so someone else was chosen for the role of Santa in the annual Christmas play. (His parents shortly after moved him to one of the few Jewish day schools which existed in those days.) My mother (she should live and be well), being small, would always be a fairy.)

Our mishna next tells us to consider where we are heading. Our bodies will soon decay. If so, how attached to our pleasures should we really be? Does the mortality of our flesh imply that we had better enjoy it while it lasts — or that there is far more to the eternality of man than that which rots and decays? How much time and money would we devote to setting our hair (or shaitlach) if we knew the transience of the physical world? Would we spend time pumping iron, increasing the flesh which will one day be consumed by maggots? (The Sages tell us further that the more one is attached to his physical form, the more painful and wrenching death will be.) Far better to invest our efforts into deeds and accomplishments which will remain with us beyond the grave. King Solomon stated it best: “As he came forth from his mother’s womb, naked shall he return… nothing of his efforts will he take with him” (Koheles 5:14).

Finally, contemplating that ultimate day of reckoning will force us to live prepared. King Solomon too warns us: “At all times shall your clothes be white” (Koheles 9:8). The time to prepare for the afterlife is now. After we go — when it’s all too clear that the only meaning to existence is closeness to G-d — it will be too late. There is virtually nothing more basic to Judaism than the concept of the afterlife and that we will be taken to task for all our actions. We all know deep down that we will have to face our Maker sooner or later. The more we live with that awareness, the better prepared we will be.

I’d like to devote the rest of this class to a fascinating insight contained in Akavia’s choice of wording. As we know, G-d is omniscient. There is nothing that we think, say or do that is not known to Him. If so, at the time of our deaths, our judgment should be immediately clear to G- d. He knows exactly what we did and why, and how and when we should have behaved better. Thus, theoretically our judgment should be instantaneous and effortless, not requiring any deliberation or reflection

The Sages, however, never describe it that way. Our mishna states that we will one day have to “give justification and accounting” (“din v’cheshbon”) before G-d. It seems that more will transpire than a mere handing down of a verdict. In fact, all throughout Jewish writings our ultimate judgment is portrayed as a trial. We will stand before a heavenly tribunal; we will be forced to view our entire lives and defend ourselves before the fearsome prosecutor. The Talmud states that we will be forced to respond to questions about our behavior in this world (Shabbos 31a), and that we will have to sign our names in approval of the judgment we will receive (Ta’anis 11a). (There appears to be a contradiction in the Talmud if the first question we will be asked is if we conducted our business affairs honestly or if we set aside daily time for Torah study.)

But what’s really the point of all this? Are there really going to be court proceedings almost in the manner we have in this world? Isn’t the whole thing really just a show trial? Or are the Sages just speaking in colorful metaphor?

Rabbeinu Yonah comments on our mishna as follows: Much worse than the punishment a person will receive for his sins, he will experience an enormous sense of shame. People are embarrassed by their misdeeds, especially if they are caught in the act, and especially if it exposes them as being of much poorer character than they outwardly project. Continues R. Yonah, if a person is put to shame in this world he will be mortified, but it will eventually subside. Our memories are limited and finite (while other people move on to the next scandal), and we will slowly be able to put the incident out of mind. For in this world, our souls are tempered by their presence in physical bodies.

After death, however, our souls will be fully exposed before G-d. There will be no physical layers under which to hide our shame, and no “memory lapses” to put the agony out of our minds. And we will be viewed not only by fellow human beings — as fault-ridden as we. We will be in full view of G-d. Our souls will be exposed. Our shame will be eternal. And we will have nowhere to hide.

R. Yonah provides us with a critical insight into the nature of the judgment which awaits us in Heaven: it is shame! Our concept of reward and punishment is not a matter of paying up past debts or of G-d evening the score with us. It is the unbridled self-awareness which will result when our souls depart their bodies. Our souls will be “on trial.” We will be forced to face our faults and be cognizant of them — much as a defendant facing the overwhelming evidence of the prosecution. We will come face to face with our Creator. There will be no protective cloak, no layers of physicality or self-imposed ignorance, and no defense mechanisms. We will not be able to ignore who we are or make feigned excuses. We will be alone with ourselves — and with our G-d. And this might be the ultimate bliss or the most excruciating torment — depending, of course, how we spent our lives.

R. Aryeh Kaplan of blessed memory, in his work “Immortality and the Soul,” discusses the true nature of Hell. He explains that one of the biggest tasks of our brains is to block out rather than absorb information. If every bit of input which reaches our senses would be registered — every one of the billions upon billions of cells which trigger in our eyes and ears at every moment, we would quickly be overwhelmed. The human brain acts much more as a reducing valve than a listening device — blocking out nearly all external stimuli so that we notice only that which we are focused on — as well as sudden or unexpected sights or sounds on the peripheral. As jamming mechanisms our brains allow ourselves to be productive while allowing for self-preservation.

(I’m paying attention right now for a moment, and I hear birds singing, kids playing, cars going by, the hum of my computer’s fan — all of which my brain was successfully blocking out so I could write this class. Imagine if our brains could not distinguish between the significant and the background drone.)

Our memories work in a similar fashion. They too retain only what they deem necessary, leaving aside most of what is not significant — as well as that which we would prefer not to remember. (Consider the many recorded cases of child abuse — in which the child literally put the horrific memories out of his or her mind. Years later, the person has an eerie revulsion for certain people or places — and he doesn’t know why.) Thus, while in our physical state, we cope with life by blocking out and leaving aside much of the unwanted and unnecessary. And what we are left with is often far from the entire story.

However, our consciousness — our souls — absorb everything. We know all our mistakes and misdeeds. And when our souls depart from their bodies, they will exist without the jamming mechanisms of the brain. And so, the afterlife will be one of exposure, of coming face to face with our true selves. We will stand naked before G-d, fully aware of all our virtues and all our faults. For some of us this will be the ultimate of bliss. And for others, it will be an eternal hell.

(Just as a parenthetical endorsement, in my humble opinion R. Kaplan’s writings are without question the most important works on Jewish thought written in the English language. Many of his most basic works have been published in The Aryeh Kaplan Anthology, by Artscroll Mesorah Publications (www.artscroll.com).)