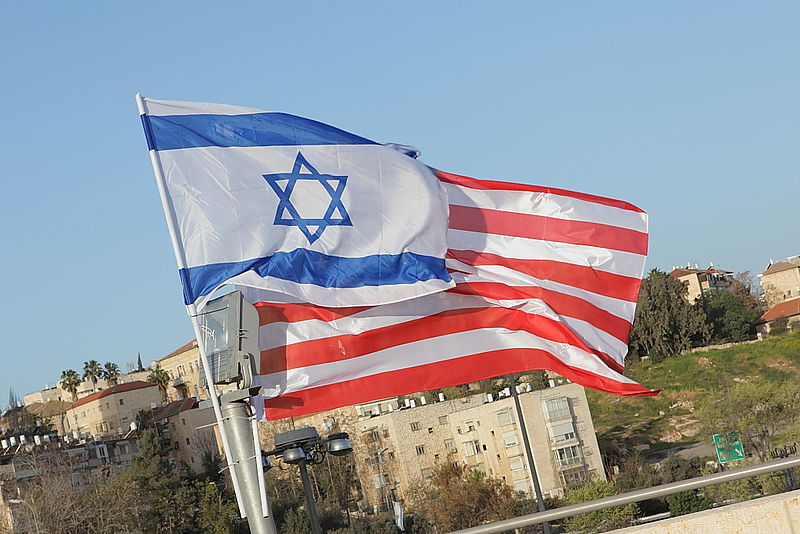 An earlier edition of this class was sent out shortly after the passing of my beloved grandfather, HaRav Avraham Zvi ben Asher, a wonderful and learned human being who lived fully till the ripe old age of 101, and was beloved to all who knew him. At the time I dedicated this class to his memory. I now rededicate this class to him. May his memory be for a blessing.

“Rabbi Chanina the deputy [High] Priest said: Pray for the welfare of the government (lit., monarchy), for if not for its fear, a person would swallow his fellow live.”

Our mishna diverges from some of the more spiritual themes of previous mishnas (or so it seems), and offers us some important practical advice. We are obligated to pray for and concern ourselves with the welfare of our country and government. Without authority, without law and order, people would literally swallow each other whole. We’ve all seen footage of such events as blackouts and natural disasters. When such events occur, we’re on our own. No one’s in control and nothing’s stopping us — and both the best and the worst in people come to the fore. (A heart-warming exception to this was 9-11, in which the civilized world felt under attack — and we united and stood together in a way only tragedy can bring about.) And while some rise to the occasion to help others in need — for no other reason than their G-d-given sense of responsibility to help mankind, others see nothing other than an opportunity to ignore all rules of justice and fair play.

Such times test a person’s true worth: Do I truly fear G-d or do I behave because of the constraints of civilized society? But, advises R. Chanina, let us not wait and see who passes such a test. A civilized and ordered society is the best guarantee we will all live happy and productive lives.

R. Samson Raphael Hirsch notes that our mishna goes so far as to advise that we pray for the welfare of the government. Many synagogues recite such a prayer during Sabbath morning services. There is a specially-composed prayer which asks for the well-being of the ruler and that he be well-disposed towards his Jewish subjects. (And today some add prayers for the State of Israel and the IDF.)

There lies, however, a significant dilemma in this. For most of the past 2,000 years Jews have resided in adopted — and usually less-than-welcoming — host countries. Even to this day the majority of Jews live outside the Land of Israel. And we have often been suspected by our fellow countrymen of being foreign nationals — of not being good Germans, good Russians, or good Frenchmen — because of our acknowledged devotion to Judaism and to Israel.

(For this reason many Jews who had managed to have obtain high and influential government positions were apprehensive of appearing too pro-Jewish, and therefore bent over backwards in the interest of “evenhandedness”. Many unfortunate examples of this in recent history.)

And in fact the question is a very serious one — and a very valid one: Are such suspicions justified? Isn’t it true that our primary devotion is to G-d’s Torah and the Jewish people — over and above our host the country and its laws? If we are devout Jews and quite likely supporters of the State of Israel, can we truly be patriotic Americans?

(When I was in elementary school we used to challenge ourselves with the difficult thought question: What if America and Israel go to war? Whose side would we be on? Would the Americans be justified in putting us in concentration camps (as they did to many Japanese-Americans during WWII) to keep us from making trouble?) (In fact one of the lame excuses offered by the State Department for refusing to accept more Jews at the start of the Holocaust was because they might be German spies in disguise.) In retrospect I realized that the question was moot. America and Israel would only go to war if one of the two countries had a fundamental shift in values and attitude — one drastically different from the values dear to us today. And if that would occur, the question would presumably be a very different one.)

(As another aside, America and Israel going to war never really seemed all that likely to us — then or now. But take a look at Zechariah 14 — how the nations will come to attack Israel at the End of Days until G-d comes to our defense. And verse 14 there states that “Judah” will too fight against Jerusalem. According to most of the commentators, these will be Jews whom the nations will force to attack Jerusalem along with them — i.e., conscript into their armies — until G-d wipes out the Gentiles, leaving the Jews to take the spoils.)

(It’s also interesting to note that a great European rabbi who visited America in the early 20th Century (I believe it was R. Baruch Epstein, author of the Torah Temimah), noted with curiosity that American Jews were unique among Jews of the Diaspora to feel a sense of patriotism towards their host country. Jews in America certainly had and still have a lot to be thankful for; the Jews of Poland, Russia, the Ukraine, the Levant etc. were at best lucky to settle for undisturbed, second-class citizenship. Yet it is interesting to realize that the concept of feeling any sort of loyalty to our country of residence is a relatively new phenomenon in Israel.)

So what of our question? Are our enemies justified in viewing us as foreign nationals? At first blush, we would have to answer yes. Certainly, our highest calling is to G-d. Our mission is eternal and unchanging; it knows no geographical boundaries. We might be good and law-abiding citizens in our host country, but far above all, we are obligated to be loyal to our G-d — regardless of whether of not we have the support or even the permission of the temporal authorities. The inescapable conclusion would therefore seem to be that we identify with Judaism and our fellow Jews first, and our places of residence a far second.

However, the truth is hardly so simple. The Torah places great emphasis on our being good, law-abiding citizens. When the Jews were exiled to Babylon at the destruction of the First Temple, G-d, speaking through the prophet Jeremiah, exhorts the people: “Seek the peace of the city to which I have exiled you, and pray to G-d for its sake” (Jeremiah 29:7). The Jews of the time were departing for a mere 70 years, yet they were instructed to make themselves quite at home. As far as we’re concerned, the Exile is here to stay. This is where G-d wants us to reside, and from our perspective it is home — and its natives are our hosts. The Torah goes so far as to instruct us not to hold an Egyptian in contempt, “for you were resident in his land” (Deut. 23:8). We honor our hosts, we support them, and we “seek their peace.”

The Talmud further asserts a principle known as “the law of the land is binding” (Gittin 10b). This means that there is a Torah obligation that we observe the laws of the country in which we reside — unless they outright contradict our own laws. (One reason for this, as offered by the commentators, is that since the territory of, say, the United States belongs to the U.S. government, the government has the right to state the conditions upon which we are permitted to dwell there.)

But it is far deeper than this. We must ever be conscious of the purpose for which G-d exiled us literally to every corner of the globe. G-d did not spread us out so far and wide to stir up discontent, to oppose or even to ignore our surroundings. He did so in order that we spread the truth of His existence and set an example of holiness and virtuousness for the world to see. The Talmud states, “G-d exiled the Jewish People among the nations of the world only in order that converts join them” (Pesachim 87b). The world over must come to recognize the great divine potential of the human being.

In fact, the commentator Rabbeinu Yonah extends our mishna’s theme. He deals with the following question: Are we concerned with the welfare of our own host nation alone? What of the rest of the world? True, we must occupy ourselves first with the needs of our own, as the Talmud says, “The poor of your own city take precedence” (Bava Metsiah 33a), and of course we have a vested interest in the social well-being and economic prosperity of our own place of residence. But, explains R. Yonah, this should not be taken to imply a lack of concern for the rest of the world. Our mishna in part stems from the interest and concern we must have for all members of the human race.

So yes, in the final analysis we are good citizens. But we are much more. We must be devoted and caring towards our countries, our neighbors, and the world at large. Patriotism may not be our end goal, but within the framework of Judaism, we are given the leeway — and the obligation — to be decent, devoted, and prominent citizens wherever G-d’s exile leads us. We hope to return to our own homeland, but in the meanwhile we can and should devote ourselves to our provisional homelands — to humanity as a whole, but in particular to our benevolent host country.

Those of us fortunate to live in western democracies are at the same time able to benefit from the constitutionally-backed notions of freedom of religion and expression — and for that too we must be eternally grateful. Very rarely today do religion and state clash (in really fundamental ways). If they do, we will be left with no choice. But barring that, we constitute the most devoted, law-abiding — and patriotic — segments of our host countries.

And so, in short, we do not suffer from dual loyalty. We have a single loyalty — to G-d alone. He just happens to be a G-d who wants us to be caring and gracious to all.

« Mishna 1: The Afterlife: Souls Exposed
Mishna 3: Laughing in the Face of Reality »