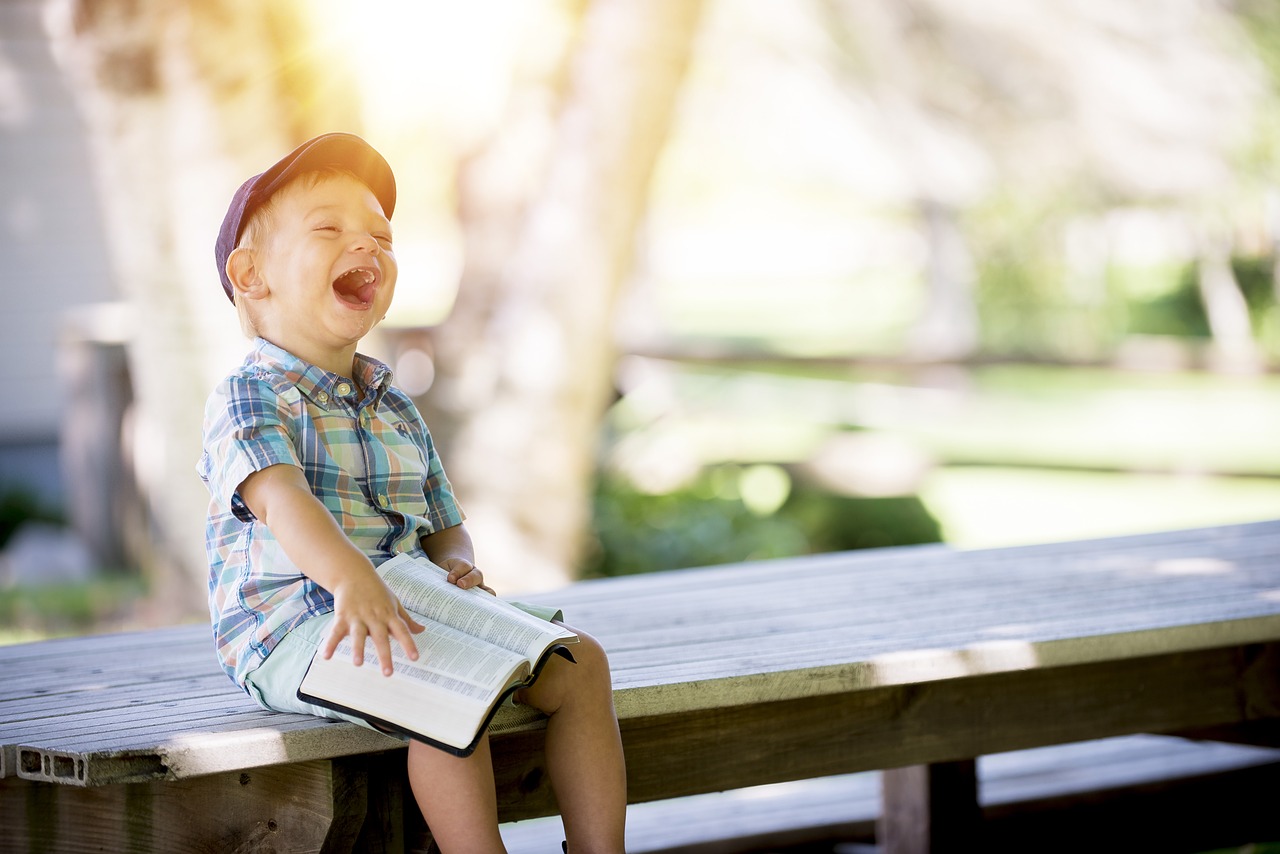 Chapter 3, Mishna 3: Laughing in the Face of Reality

Rabbi Chanina ben (son of) Tradyon said, if two people sit together and do not share words of Torah between them, it is a company of scorners, as the verse states, ‘In the company of scorners he [the righteous man] did not sit [rather in G-d’s Torah was his desire…]’ (Psalms 1:1-2). But if two people sit and share words of Torah between them the Divine Presence rests between them, as the verse states, ‘Then spoke those who fear G-d one to another, and G-d listened and heard, and it was written in a book of remembrance before Him, for those who fear G-d and regard His Name’ (Malachi 3:16). From here we learn only about two. How do we know that even one who sits and studies Torah that the Holy One, blessed be He, allocates him reward? [It is] as the verse states, ‘He will sit alone and be silent (studying by himself), for it [a reward] will be placed upon him’ (Lamentations 3:28).

Our mishna draws up a powerful contrast — between two people who share words of Torah and two who do not. One pair merits the Divine Presence, while the other constitutes a company of scorners (“leitzim” in Hebrew; we’ll use the Hebrew term below).

“Leitz” is a very strong term in the language of both Scripture and the Sages. Literally translated, it means something like a joker, but the connotation is far more negative. (In modern Hebrew a “leitzan” is a clown.) It implies someone who laughs but does not laugh in humor but in derision. He scoffs; he laughs because he does not want to take life seriously. He ridicules serious issues. He laughs off criticism and cannot be held down to intense conversation about life and religion. His humor is inappropriate; he uses it as a protective shield against serious reflection. The Talmud lists four classes of people who will not “receive the Divine Presence” in the World to Come (Sotah 42a). The first one listed is the class of leitzim. If you don’t want to think about G-d and your responsibilities toward Him, chances are He will want to have nothing to do with you as well.

We’ve all had the annoying experience of attempting to engage a leitz in serious conversation. Such a person cannot be reasoned with. You may be trying to help him deal with a problem or patch up a relationship (possibly with yourself). And he cannot be made to face reality. His humor is utterly and infuriatingly out of place. Disagreeing with me is one thing, but at least take me or this issue seriously! How can you joke when life-decisions are at stake? As I’ve written in the past, right or wrong is the second issue. But by far the most fundamental issue of life is realizing it must be taken seriously.

In Proverbs King Solomon warns us, “Do not reprimand a leitz lest he hate you” (Mishlei 9:8). Such a person is beyond cure and beyond repentance. You can tell him whatever you want — all the wise words and constructive criticism you can muster, but the first spark of contemplation must come from within. You can fan the flames, but only his own reflection can ignite the fires of conscience. The leitz, by contrast, will brush off all your attempts at reason with a joke. He will use humor to escape reality rather than to liven it, and he will only resent your attempt at penetrating his protective barrier. Humor used to lighten, to befriend and to cheer is fine. It serves as yet another good illustration that all our talents and drives can and should be used properly within a Jewish framework. However, when someone uses humor to escape the challenges and the decisions of life, he is a prime candidate to “not receive the Divine Presence.”

The “company of scorners” to which R. Chanina refers too lives up to this term. Explains the commentator Rabbeinu Yonah, it refers to people who join together to engage in idle and empty conversation. Wasting time is another excellent way of not taking life seriously. Sit around “killing” time, let the hours pass amusing yourself with talk of sports, scandal and gossip. Fill your brain with meaningless diversions — listen to 24-hour talk radio — for otherwise you might just realize the awful truth of your wasted existence.

Such a leitz is one who does not take his time — and by association his life — very seriously. Say two people cross paths for a few minutes and spend the time talking of wasteful trivialities. Their sin is not only in the two minutes they did not use well. It is in their demonstration that a few minutes is not important, that an opportunity to share thoughts and words of value can be passed up. However, for better or worse, life is made up of a whole lot of “two minutes.” How well we are fulfilling our missions on earth is a composite of a lifetime of minutes, not of years. We must see all the opportunities of life — both the large and the small, take them seriously, and rise to their challenge.

In similar vein, R. Samson Raphael Hirsch understands that the converse — the discussion of “words of Torah” referred to in the next part of the mishna — does not necessarily refer to Torah study alone. Any valuable conversation — anything deriving from the Torah’s teachings or necessary for human life — stands in stark contrast to the idle chatter of the scoffer. Our mishna is not saying one should never speak anything other than Torah or that socializing should never occur. The Talmud writes that the “light talk” of great Torah scholars is the equivalent of words of Torah (Eiruvin 54b). If talk is to share feelings and emotions with another, to befriend and develop serious relationships, it too is praiseworthy. Scoffers do not take life seriously. If, however, two people talk to each other because they do, their conversation beckons the Divine Presence just as much as the scoffer drives it away.

There is a second fault with the leitzim of our mishna. R. Yom Tov Lipman Heller (16th – 17th Century German scholar), in his commentary Tosafos Yom Tov, observes that the mishna does not just refer to people who are not studying Torah, but who are not sharing words of Torah *between* them. They may very well be engrossed in their own studies, but they are ignoring each other. And this too reflects a serious lack of understanding. To fail to recognize the value of another human being and his or her opinions, to show no interest in hearing his Torah thoughts or sharing your own with him: this too is in the spirit of the “leitz”. It reflects a lack of placing importance on that which certainly should be regarded: another human being. We will learn later, “Who is wise? One who learns from all people” (4:1). Torah study is not only an internal duty. The Torah should be sought from all who have to offer it and shared with all willing to listen.

I once heard a different understanding of our mishna (source unknown). It is a little less in keeping with the literal meaning of our mishna — it employs a little Chassidic poetic license — but it provides us with yet another fascinating insight into the words of our Sages.

If two people are together in a certain place and do not discuss words of Torah, we can be sure that the place had previously been a hangout of scoffers. Meaning, if these people cannot bring themselves to study now, it is likely that they are in a place where sins have been committed and time has been wasted in the past. The place exudes a certain sinfulness, and these individuals are helpless to combat it.

The message of this is clear. Sin has an effect on the surroundings. If a person sins he does not only defy G-d’s will. He does not even only harm his soul. He damages the very environment in which the sin was committed. Sinful behavior is not eco-friendly (sorry about the buzzword). There is a palpable difference in a place influenced by bad deeds (or good ones). We may not be consciously aware of it, but the residue of sin remains. Such a place develops its own nature which will be all the more difficult to overcome.

It was said of R. Elchanan Wasserman, during his stay in America shortlybefore the War, that he was being driven in New York and his driver chanced to pass a block of ill-repute. The rabbi, who had not once lifted his head to look out the window, all of a sudden cried out: “Where are you taking me?! The tumah (impurity) of this place is unbearable!”

(I myself have noticed the difference between praying at a synagogue and at a home — possibly in the den, in front of the television set (even turned off it ain’t much better). The Talmud tells us that G-d’s Presence dwells in a synagogue (Brachos 6a), whereas some places are somehow just not conducive to meditation.)

Many other illustrations of this phenomenon exist in Jewish sources. The Sages tell us that when man became morally sinful in the period before the Flood, the animals too began mating outside of their species. (See Rashi to Genesis 6:12.) Likewise, the Talmud records two cases in which the donkeys of righteous people acted “righteously”. (In one case a donkey refused to eat produce not properly tithed; in another it refused to carry off something not belonging to its master. See Chullin 7a and Ta’anis 24a). The animals of such people, though bearing no conscious knowledge of Torah law, developed an instinctive sense of right and wrong just from their proximity to such greatness. For good deeds improve the world about, and bad ones equally well destroy and corrupt it. In a few weeks (Mishna 9), I plan to discuss the Jewish view on the environment. But let us first realize the enormous impact we, the members of the human race, have on the spiritual one.