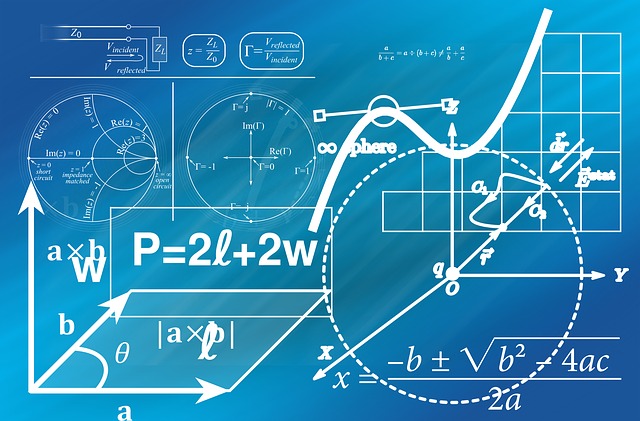 This mishna discusses the importance of actions over study. In theme it is identical to the earlier Mishna 12 which stated: “Anyone whose good deeds are greater than his wisdom, his wisdom will endure, and anyone whose wisdom is greater than his good deeds, his wisdom will not endure.” We explained there that knowledge of Torah alone, left as abstract, not-applied wisdom will not “endure”. It will not become a part of a person and will not change him or her for the better. However, if a person studies the Torah and observes, the Torah’s teachings will be integrated into his life. The Torah will come to life for him and will penetrate his soul. Only one who first observes the Torah will truly be able to both understand and appreciate its wisdom.

Here R. Elazar (our mishna’s author) illustrates this concept. He compares knowledge without deeds to a tree with many branches but few roots. We might at first think to compare wisdom to our roots — the foundation of our beings, and deeds to the branches — the results or the fruits of our convictions. Our mishna tells us otherwise. Actions form the basis of our beings. We are what we do, not what we admit to intellectually. If someone “knows” he should act a certain way, he knows G-d exists and will reward and punish, he knows the Torah is truth, he knows he should watch his cholesterol level, etc. etc. — he “knows” all the right stuff but somehow it just doesn’t reach the level of the practical: Well, that plus a subway token will get him a ride on the subway. (Probably a magnetic card nowadays, but would hardly have the same ring…)

A person is truly his deeds. If he puts his actions where his mouth is, he stands for something. He does not just spout certain concepts or behaviors; he is willing to live by them.

Thus, a person with firmly “rooted” beliefs — meaning, who acts on his convictions — is a tree with many roots and few branches. His faith will remain steadfast come the fiercest winds of ill-will and oppression. (Our mishna spoke in metaphor, so you’ll indulge me as well.) 😉

One, however, who studies and says but does not do will not persevere in times of trouble. He may pay lip service and go through the motions when the weather is fair, but when faced with temptation and challenge, his faith will not endure. If anything, his excessive knowledge will burden him — as a tree overladen with branches. He has learned more than he cares to know and observe. Eventually his very knowledge will increase his resentment of G-d and contribute to his toppling.

R. Elazar illustrates his point by quoting verses from Jeremiah, describing trees growing in different environments. The truth is, the verses R. Elazar quotes were actually stated in a rather different context. Verse 6, which describes a tree in the desert, was an illustration of v. 5: “…cursed is the one who trusts in man and makes flesh his support, and whose heart is removed from G-d.” Similarly, v. 8, describing a tree by the water, illustrates v. 7: “Blessed is the man who trusts in the L-rd….”

Now the verses themselves are readily understandable. One who trusts in G-d draws his or her strength and support from G-d’s infinite benevolence. He knows he is in G-d’s hands. He will be able to withstand suffering and hardship, knowing that G-d is watching over him and that his experiences are purposeful and a part of G-d’s plan. King David wrote, “Even as I walk in the valley of the shadow of death, I fear not evil for You are with me” (Psalms 23:4). However, one who trusts in the flesh of man will not draw from any such infinite source. Suffering will be to him a meaningless accident. Even the good he does experience will not draw him closer to the true Source of all that is good.

The obvious question, however, is how can R. Elazar quote these verses out of context and apply them to someone who has more or fewer deeds than his wisdom? Does having more deeds somehow relate to trusting G-d? Does a person have fewer deeds because of a lack of trust?

I believe that R. Elazar, in his comparison, brings to light a fascinating insight, and teaches us a profound life lesson. Why would a person do less than he knows? Quite often it is because he is only willing to do that which he understands. If he can first make sense of it and convince himself that a mitzvah (commandment) is just, he will observe it. If, however, there does not seem to be any good reason not to eat pork or to have two sets of dishes (for meat and dairy), he will consider it a pointless burden and will discard it. He sets himself as arbiter over G-d’s Torah. And his lack of observance stems from a lack of trust that G-d and His Torah are perfect.

One who does more than he knows, however, is in effect stating the opposite:”I will do first even if I do not understand. Finding meaning and significance is of course important, but I do not make my fulfillment hinge upon this.” This type of person will generally be doing more than he or she “knows” — or understands why it is required.

(See the previous class cited (3:12), in which we observed that this was precisely the intent of the Children of Israel when they accepted the Torah at Sinai. When they stated “We will do and we will hear” (Exodus 24:7), they accepted to first “do”, and only to then “hear”: study, delve and learn to appreciate.)

Thus, the difference between these two types of people is trust. The second person is willing to say “I know G-d knows better and I will follow His laws regardless of whether or not they make sense to me.” He has faith that an all-knowledgeable G-d commands in a manner both just and righteous, even if man, with his limited understanding, cannot always comprehend. He is not so different from the man of faith who — as “a tree planted on the water” — accepts that G-d knows best even when he endures suffering.

The first person, however, is relying on his own sense of right and wrong to arbitrate the justness of G-d’s laws. By observing only that which he understands, he is in effect stating that he is not ready to accept the Torah through humble submission to a Higher Authority. He trusts first and foremost his own mind (which has always been man’s greatest undoing) — just as one who works and expends but does not look towards G-d for success,”making flesh his support.”

I feel this sheds light on an error which many people make in their very worthy quest for spirituality and religion. Many people sincerely sense that Judaism contains truth and meaning, and they begin to study and experience it for themselves. There is no question, they are on the right track (MHO, that is…).

But one thing we must keep in mind. Our criteria for discerning truth must not be if each commandment does or does not make sense to us. If the Torah really is the word of an infinite G-d, its veracity should not depend on our ability to understand it. If anything we should be surprised if we found every law in the Torah readily understandable to the human mind, just as we would hardly expect a breakthrough invention to employ no more than high school mathematics and engineering. (Our rule for any specialty area — religious or not — should be that if we can understand it, it can’t possibly be very good. If I can master a game or piece of software in minutes, it can’t be very profound. If I can easily understand how an appliance should be fixed, the repair shouldn’t cost very much.)

Rather, we must search for G-d on a deeper level: Is there an infinite Creator? Does the world around us point to a Master Designer? Did G-d have a purpose in creating man — or did He put the requisite work in and then just forget about the whole thing? Does G-d have a plan for the world and a mission for mankind? Did He provide us with instructions for realizing that plan (does it make any sense that He would not)? Is there any evidence indicating that G-d appeared to millions at Mt. Sinai — as our tradition claims? And lastly, does the pattern of world history seem to intimate a developing Divine plan, a march towards some great and cataclysmic finale to world history? (See class 3:20  regarding the final question; 3:10 regarding the second-to-last.)

Let us not waste our time agonizing over precisely why G-d would forbid us to wear clothes containing mixtures of wool and linen or why a priest may not marry a divorcee. For if we can conclude the big issues, the smaller ones will not be issues to begin with. And we will then be ready to believe and to trust. As the Jewish Nation — who did see their Creator close-up — said first “we will do” and then “we will hear” (Exodus 24:7), we too will accept, follow and observe… and then we will truly understand.

(I have heard R. Noach Weinberg OBM, of Yeshiva Aish HaTorah, Jerusalem make a point similar to our final.)