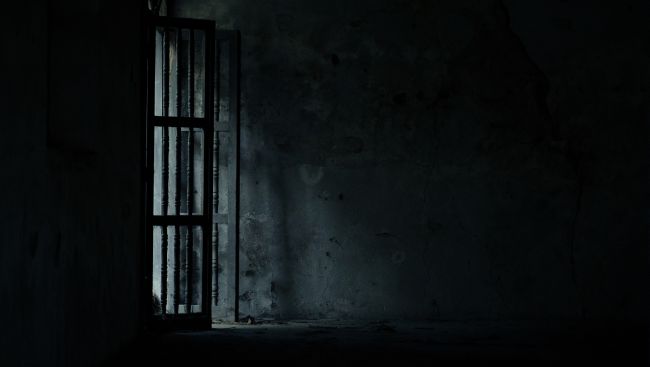 Last week we discussed our mishna’s first statement — “If there is no Torah [study] there is no proper conduct.” As we explained, a person who is guided by his conscience alone will invariably fall short of the eternal, unbending principles of morality set forth in the Torah. Our consciences will roughly point us in the proper direction — they are G-d-given and they do hear the echoes of our eternal souls, yet even in the best case they will fail to provide us with much of the details outlined in the Torah for proper behavior. Further, the human conscience is as prone to error as human beings themselves. It can easily be duped by transient, fashionable or plain wrong concepts of morality and fair play — which as we know all too well, can at times be diametrically opposed to the real thing.

At the same time, our mishna tells us that without proper conduct one will not accomplish in Torah study. The commentator Rabbeinu Yonah explains that the words of the Torah will simply not dwell with a person who is not worthy of its teachings, who lacks the basic proper behavior of the student of Torah. R. Samson Raphael Hirsch explains further that if one seems uninterested in applying the Torah’s concepts to his life, much of the Torah’s beauty and relevance will be lost upon him. He will not study in order to internalize, to apply to himself and to life situations. Much of what the Torah has to say will to him be abstract and empty knowledge.

“If there is no wisdom there is no fear of G-d; if there is no fear of G-d there is no wisdom:” Without wisdom, without a serious understanding of G-d and His relationship with the world, one cannot meaningfully fear G-d. Such a person might be “afraid” of G-d — knowing He is bigger and stronger than he and will punish him for his sins. But he will lack the mature understanding of the concept of an infinite, all-powerful G-d. As we know (and discussed recently), G-d does not attempt to rule though fear and intimidation. We have to be mature enough to recognize G-d ourselves, and to stand in awe of Him rather than in abject and senseless terror.

The truth is, human nature is ordinarily to be far more fearful of the unknown — death, the afterlife, spirits, things that go bump in the night — than that which we know about. We feel much more composed and able to deal with matters when we know what a danger is — even if an angry Doberman Pinscher — than to have that eerie sense that some unknown danger is lurking.

When it comes to knowledge of G-d, however, the precise opposite is the case. If we know G-d exists but relegate Him to the realm of the unknown, He will become a vague, undefined concept. We will live life in the physical world alone, perfectly content to ignore the existence of the many spiritual layers of creation just beyond us. Ignorance is bliss. If we know something is watching us but don’t know who or what, we are afraid. If, however, we can look around and convince ourselves there is nothing watching us at all (even if subconsciously we know life is not really that simple), we are quite at ease.

The Talmud relates that R. Yochanan ben Zakkai, on his deathbed, wished his students that they would fear G-d as much as they fear man. His students asked: “Only that much?” He answered: “If only! Know that when a person sins he looks around and says ‘I hope nobody is watching.'” (Brachos 28b).

The Chovos HaLevavos (Sha’ar HaBechina 5; this is a classic ethical work authored by R. Bachya ibn Pakuda of 11th century Spain) writes that it is one of the wonders of creation that man has an instinctive sense of shame before his fellow but has no such shame before his Creator. Even though we might believe with perfect faith that G-d is watching us at all times, we do not have a sense of His presence. He is far less present to us (except the most righteous among us) than one of His puny creations who happens to be passing by.

R. Elazar of our mishna therefore tells us that in order to truly and properly fear G-d we must be proactive. We must have the wisdom to conceptualize our understanding of Him. We must study and internalize the concept of G-d and His relationship with the world. We will certainly never really understand G-d or His ways, but we cannot simply consign Him to the realm of the unknown and unknowable, lest He slip out of our consciousness altogether.

At the same time, continues our mishna, without fear there is no wisdom. We explained in Mishna 11 that if we do not feel a sense of urgency in our studies — that we are anxious to understand and follow G-d’s Torah and are literally scared of falling short, what we learn will lose its significance and will never stick. Torah study requires a great deal of self-motivation. If we see it as an interesting excursion, it will never become a part of us and never have the impact it must.

(It’s kind of reminiscent of taking off work time to attend an optional training course. If we’re not too tired, we might actually listen. But no tests? Optional homework? Forget it! Imagine if school would have been like that! Where would we all be today?)

We now arrive at the final few statements of our mishna. In the interests of brevity, I’ll deal with each of them quickly.

“If there is no knowledge there is no understanding; if there is no understanding there is no knowledge:” The terms used in our mishna are “da’as” which we translated as knowledge, and “binah” or understanding. (As Eskimo language has umpteen words for snow, Hebrew has a large collection of words for the many different shades of wisdom. (We have a lot good food words too, but they’re mostly Yiddish.)) 😉 The commentators offer different explanations for these two terms. Maimonides understands da’as to mean knowledge which one has acquired, often from other sources. Binah is the result of one’s own reasoning, typically by further defining concepts or cases, or by comparing and contrasting them to other cases. The meaning is thus that without understanding the basic facts, one cannot possibly discern subtleties of definition and analysis. However, only after defining and contrasting do we truly understand the cases themselves.

“If there is no flour (sustenance) there is no Torah; if there is no Torah there is no flour:” In Chapter 2 Mishna 2 we discussed the importance — from a religious standpoint — of earning a livelihood and of being self-sufficient. Without sustenance, one will have neither the financial means nor the emotional security to pursue religious endeavors. Such a person may not be spending the many hours most of us do commuting and working at the office, but without a means of support and the emotional well-being (as well as the self-confidence) it fosters, such a person may learn less — in quality if not quantity — than his hard-working counterparts.

At the same time, without Torah there is no livelihood, meaning, according to the commentators, one’s livelihood serves no purpose. If one works, but it is primarily for the sake of Torah — to allow him to live his life religiously, to raise a family founded upon Jewish principles, and not least to give the appropriate amounts to charitable causes — his very working will become an act of Divine service. It is a fulfillment of G-d’s wishes. If, however, one works basically for himself, it is fundamentally a mundane activity. In order to sanctify the mundane, to transform secular acts into spiritual ones, we must live every aspect of our lives for the Torah and for G-d.