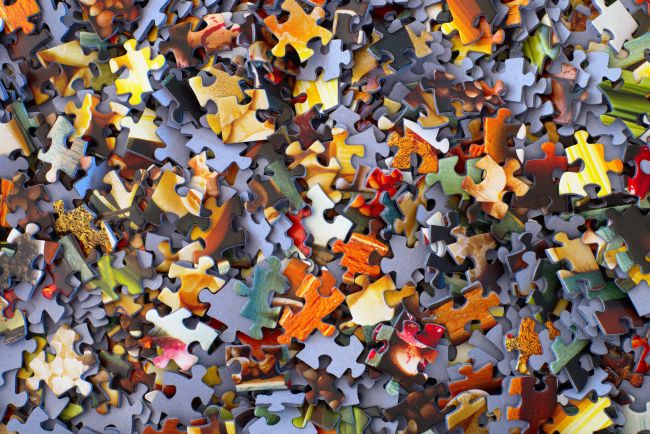 “He [Rabbi Akiva] used to say: Everything is given on collateral, and a net is spread over all the living. The store is open, the Storekeeper extends credit, the ledger is open, the hand writes, and whoever wants to borrow may come borrow. The collectors make their rounds constantly every day, they collect from a person whether he realizes it or not, and they have what to rely upon. The judgment is true, and everything is prepared for the banquet [of Leviathan].”

In this mishna, R. Akiva draws up for us an image of G-d’s relationship with the world. G-d is a generous shopkeeper, who freely extends credit to anyone who wants to take more than he or she offers in return. The generosity only extends so far, however. G-d “writes down” and remembers everything — even that which we do not (“whether he realizes it or not”). He has patience and forbearance, but ultimately, judgment will surely come.

This should not, however, be viewed as a “trap” set by G-d — allowing us to operate on a deficit, borrowing ourselves into a debt we can never repay. As our mishna continues, the ultimate purpose of G-d’s system is to prepare us for the “banquet”. (This is a reference to the reward the righteous will receive in the World to Come. See Talmud Bava Basra 74b that after the resurrection of the dead the righteous will feast upon the gargantuan “tanin” (sea monster?) created on the fifth day of creation (Genesis 1:21).) G-d’s intention is that we ultimately repay the credit He extends us and become worthy of heavenly reward. It is true that man needs much credit — and many of us will fail to ever truly make amends and become solvent, yet such is G-d’s system. Man invariably slips and falls. G-d must exhibit patience and allow us the opportunity to repent. And though many will never do so, in the larger picture G-d’s forbearance is a wondrous act of Divine mercy.

This might seem a very depressing — if accurate — picture of the world. G-d freely allows man to sin and corrupt himself. Only slowly and almost imperceptibly — albeit possibly without warning — does G-d’s justice take hold. And so, the world is a very permissive place. G-d makes temptation and sin available and inviting. And He is very slow to mete out Divine justice. The world gives not a hint of the exactness and the magnitude of G-d’s ultimate judgment. Nobody seems to notice or care what we do in private (nor — for the last generation or so — in public). And so man goes about living as he pleases, failing to realizes that “for all of these will G-d bring you to judgment” (Ecclesiastes 11:9).

And there is something very frustrating about such an image. We certainly could not handle G-d as Big Brother constantly looking over our shoulders. That is how G-d lived with us during our sojourn in the desert, and our response was to take refuge in Golden Calf. Yet today the world seems so out of control. G-d’s guiding hand is hidden to a degree that He is invisible to all but the most perceptive among us. Man is given a free hand; G-d’s “collection agents” come along only much later to demand long-overdue debts.

And to be honest, we would really expect and in fact wish to see a far more proactive G-d in this world. Doesn’t the Torah state that if we follow G-d’s ways, “I will give the rain of your land in its time… and you will eat and be satisfied” (Deuteronomy 11:14-15)? And if we fail, “The L-rd’s wrath will be kindled against you… and you will be quickly banished from the good land which G-d has given you” (ibid., v. 17)? Why then does the world operate so differently today? G-d might not be able to openly reveal Himself, but we would really expect — and hope for — a world far more reflective of the reality of G-d.

To this R. Akiva tells us that there is a system. G-d has a plan. He may have patience, He may not seem in any hurry, but He does not forget. As we’ve explained many times in the past, G-d must allow the possibility of evil in the world — at least for the time being. To allow free will, G-d must make evil enticing — as if one can get away with it. If G-d would zap us with electric shocks every time we stepped out of line, we might not sin, but it would be worth very little. It would not be an act of growth — of willpower and accomplishment — of choosing good over evil. It would be a forced act — done out of a superimposed fear of punishment. Many animals too can be trained to perform tricks for reward or to avoid acts which cause pain. But such actions are not acts of holiness; they are simple self-preservation. G-d did not create the world in order to train chimpanzees. It was so that man, following his conscience and Divine directives, would come to recognize G-d and willingly accept His sovereignty.

So, tells us our mishna, G-d allows evil — what seems unbridled evil — to flourish in the world, but it does not imply a relaxing of His justice system. King Solomon wrote, “Rejoice young man in your childhood, let your heart cheer you in the days of your youth, follow the path of your heart and the sights of your eyes, and know that for all these G-d will bring you to judgment” (Ecclesiastes 11:9). G-d still holds the “net” — one which slowly but inexorably closes around all sinners. The collectors will make their rounds when and only when G-d sees fit. And eventually, the world will become that reflection of the spirituality and godliness it was intended.

This seems reminiscent of some of our recent classes — free will, G-d’s control of the world, why G-d allows human suffering — we never seem to really be finished with such subjects. What our senses tell us — of a world of little justice and accountability — seems to run contrary to everything the Torah teaches. Possibly for this reason, when the Sages discuss such subjects, such as in our mishna, they almost wax poetic. They refer to the fundamental philosophical questions of life in metaphor, in vague generalities. The implication is that we could never dream of truly intellectualizing G-d’s master plan for the world, of answering the “Where is G-d?” of Elie Wiesel (see our previous classes). But on a general, almost allegorical, level we are told that a pattern does exist and that G-d will never leave go His plans for mankind.

Yet, in truth, we are allowed at least glimpses of G-d’s direction for the world — if we are observant enough to see them. Patterns are forming; the huge pieces of G-d’s Master Plan are coming together. Over the past two generations, G-d has returned millions of Jews to the Land of Israel — many of necessity rather than choice. And we have merited to turn desert and swampland into a thriving country of cities and farmland. The State of Israel has miraculously survived war after war; the vast majority of terrorist attacks fail before they begin.

Paul Johnson, esteemed (non-Jewish) historian writes that for a myriad of reasons, as little as one year later, the Balfour Declaration (1917), declaring Britain’s support for a Jewish homeland in Palestine, would not have been able to occur (A History of the Jews, p. 430). Likewise, the U.N. vote of November, 1947, bringing Israel into existence, occurred only because Stalin’s Soviet Union — together with the entire Communist Bloc — both before and since virulently anti-Semitic, briefly favored the creation of a supposed socialist state in the Middle East (as well as one opposed to British imperialism). Again, Johnson describes the turn of events “luck or divine providence, according to taste” (p. 524). (My “tastes” are very clear on the matter…)

Yet other details are falling into place as well. I personally cannot help but notice that in spite of the mind-numbing technological developments we witness daily in computers, medicine and virtually all fields, the civilized world is literally incapable of going down the block without Middle Eastern oil. For all the world’s goodwill, fair-mindedness and noble ideals (such as they are), it is literally locked in the strangle-hold of Arab oil. And all scientific efforts to the contrary have simply not panned out. (An environmentalist like myself watches eagerly — but frustratingly — the excruciatingly slow development and roll-out of hybrid and electric vehicles. And I strongly recommend that we all do our part. (SUV’s are not our part…) Yet somehow, I just don’t foresee any drastic improvements in the world situation coming any time soon.)

Now of all the countries in that region, Israel is one of the few not blessed with the same cash crop (they’re working on it, but not yet… — and doubtlessly not in time…). Well, you can figure out the rest for yourselves. Will the rest of the world choose Israel, the one terrorism-fighting democracy in the Middle East, or oil interests? And when the showdown occurs, will we really have anyone to turn to other than G-d? We watch helplessly as the pieces of G-d’s giant jigsaw puzzle fall into place. We brace ourselves for the conclusion.

The Talmud (Makkos 24b) relates that once R. Akiva, author of our mishna, and a number of colleagues passed by the former location of the Temple in Jerusalem (they lived 1-2 generations after its destruction). They saw a fox run out of the place of the Holy of Holies. The colleagues began crying at the pathetic sight. R. Akiva, however, laughed. To his surprised colleagues he explained: “We have both the prophecy of Uriah and of Zechariah. Uriah foretold, “…Zion shall be plowed like a field…” (Micha 3:12). Zechariah foretold, “…Again shall old men and old women sit in the streets of Jerusalem…and the streets of the city shall be filled with boys and girls playing…” (Zechariah 8:4-5). Until the prophecy of Uriah was fulfilled (fully and literally) I was fearful lest the prophecy of Zechariah not be fulfilled. Now that the prophecy of Uriah has been fulfilled, it is clear that Zechariah’s prophecy will be fulfilled — to the last detail.”

R. Akiva, through his foresight and profound understanding of G-d’s ways, was able to perceive G-d’s guiding hand even in the darkest moments of exile. He recognized that the same G-d who has decreed such suffering will too bring the ultimate salvation. We, if we are fortunate, can see milestones, the pieces of G-d’s giant puzzle taking shape. We will only recognize the masterpiece when it is complete.