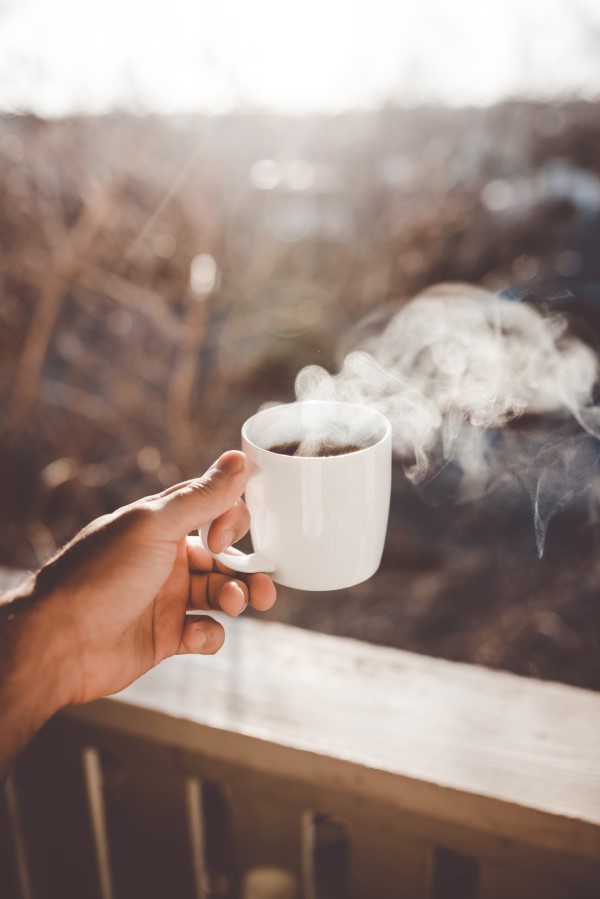 Last week we began to discuss a general concept, which as we’ll see closely relates to our mishna’s theme. We asked how, in the eyes of Judaism, are man’s physical and spiritual sides to coexist. Is religion basically a battle: resist your flesh in order to become people of soul? Or is a higher ideal sought? Do our physical lusts simply draw us away from spirituality? Is there anything purposeful to them in the eyes of the Torah? Or are they merely agents of sin, created by G-d to tempt us away from true spirituality, to be ignored and crushed for the sake of Heaven?

Up until now we have established one principle alone, one which should be self-evident but which must be stated unequivocally — because everything else really flows from it.

Anything which comes from G-d must inherently be good. Only good can emanate from a perfect G-d. By “good” we mean potentially beneficial for the purpose of the world. Nothing in this world could exist if it did not fit into G-d’s Master Plan and could not in some way be instrumental in bringing the world to its fulfillment.

Likewise, Judaism does not accept that any part of creation is beyond G-d’s purview — i.e., either was created by or is under the control of Satan. The belief in an infinite G-d precludes the existence of any other independent force in the world. There is nothing “loose” or run amok in the system. Evil does not exist because G-d was caught napping or because other less noble forces are battling for supremacy. Thus, we must view man’s more animalistic tendencies as part of G-d’s plan. They are purposeful in the scheme of things: they are “good”. Certainly, they can be misused — as all things potentially good (and the greater the potential for good, the greater the danger of misuse). Yet we cannot view any part of creation — and certainly any part of man’s own physical or psychological makeup — as inherently evil or contrary to G-d’s plan for creation. And anything which is good must potentially be beneficial for — rather than detrimental to — our closeness to G-d.

We have thus established that man’s physical side must be viewed as potentially good and useful for our service of G-d. On an ideal level, we should enjoy ourselves and enjoy this world, and it should in no way detract from our cleaving to G-d.

It’s in fact worthwhile to back up one step further and recognize that this is in truth the ideal state of man. It was the state Adam and Eve might have achieved in the Garden of Eden. And it too is the state that man (those of us who will be worthy, that is) will ultimately achieve after the Resurrection.

Before Adam and Eve sinned and ate of the Tree of Knowledge, Man lived in a perfected state in a perfected world. He lived in the Garden of Eden, a world wholly physical, yet which housed G-d’s Divine Presence. It was a world in which there was no contradiction between the physical and the spiritual, a world whose physical beauty and bounty were reflections of — rather than distractions from — the reality of G-d.

Man himself was likewise both spiritually and physically perfect. As we mentioned last week, before the Sin the evil inclination was an external force, embodied in the Serpent. Man himself was pure. His physical side was yet another aspect of his being — in no way detracting from his closeness to G-d. His spiritual and physical sides were in total harmony. Had he withstood the test of the Serpent, he would have perfected his soul — and his body would have followed naturally. And Adam and Eve would have then lived eternally (at that point they would have been permitted to eat of the Tree of Life) — in a state of both spiritual and physical bliss known as the Garden of Eden.

All of this changed with the Sin of Man. When Adam and Eve ate the forbidden fruit, G-d’s Presence became concealed. Man had fallen. Evil had become an intrinsic part of him. The Tree gave him an intimate knowledge of — and burning desire for — the physical world. Man became a confused mixture, part spiritual and part physical. The evil inclination was no longer an external Serpent. It was a little voice whispering from within his very own being. And Man would never again know which voice from within was the true him. Man had become a confused mixture of good and evil — of spiritual aspirations and physical lethargy.

The entire physical world too fell, becoming corrupted and distant from G-d. The physical world was no longer a reflection of the spiritual; it concealed it, and it beckoned as if the physical was all there was. Man’s task would henceforth be infinitely harder: to see sanctity through the confusion, and to once again transform the world — as well as himself — into a reflection of G-d.

One more issue here is very relevant. As we know, as a punishment for Man’s sin, death was introduced into the world (Genesis 2:17 and 3:19). R. Moshe Chaim Luzzatto (18th Century Italian scholar, philosopher and ethicist), in his Derech Hashem (The Way of G-d, I, 3:9), explains that this was not merely a punishment or a decree from Heaven. It was an unavoidable reality. The physical universe and man himself had fallen so far that they could never again fully be sanctified. The physical world was too distant to fully be made a reflection of holiness. And man would never be able to entirely sanctify his own body. As high as his soul might aspire, he would be shackled by his earthy body. It would never be utterly sublimated. He would never be entirely free of the animal within.

Thus, death became necessary in this world. Man’s physical side could no longer be perfected. It would have to first rot and decay in the grave — only to later be recreated in purer form, capable of once again being perfected. So too, in the End of Days the world itself will have to be destroyed and recreated — in a higher and more pure physical form. (Hopefully, G-d will take care of the mess we’ve made of the environment in the process.) Those of us who will merit will dwell again in this world — as perfected physical-spiritual beings living in a perfected physical-spiritual world. This will be the era of the Resurrection. It will be the final and eternal culmination of history, the time in which Man will once again dwell with G-d in the Garden of Eden.

And so to conclude, on one level the answer to the question we began with — does man’s physical side detract from his spiritual — is yes. In man’s current state there is no way to completely perfect his physical — or for us to fully enjoy ourselves. Our flesh will always tempt us away from G-d — and will always struggle for control.

Well, in the end this turned into a lecture in Jewish Philosophy 101. We’ve covered a lot of important intellectual ground. As we’ve seen, although the physical world (and our physical bodies) should be nothing other than a reflection of the beauty of G-d, in the universe of today they serve to hide G-d’s Presence and draw us away from Him. However, the ideal state should not be missed. Next week, G-d willing, we will discuss how this message is to some degree still relevant today, and finally (somehow), we will relate this to our mishna… Stay tuned and a happy Chanukah!