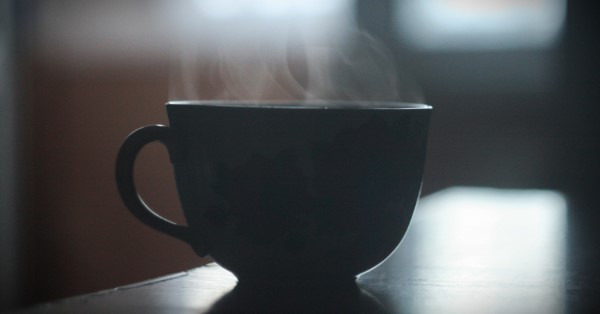 For the past two weeks we have been discussing the issue of the coexistence of man’s physical and spiritual sides in the eyes of the Torah. Is there any positive purpose to our physical drives and lusts? Or do they exist only to tempt us away from spirituality? Would we define religion as a battle: crush (or at least resist) your physical desires in order to nurture your spiritual yearnings? Is physical enjoyment nothing other than a distraction from that which truly significant, an admission that as high as our souls would like to aspire, at times our bodies are just not willing to budge?

Last week we covered some basic issues of Jewish philosophy. We established that man’s ultimate state is one of both spiritual and physical bliss. This was the state Adam and Eve were briefly granted in the Garden of Eden, and it is the ultimate state those of us who will be worthy will once again achieve after the Resurrection. Our true fulfillment will come when the spiritual pleasure of closeness to G-d will penetrate all the way to the physical realm. All of reality will be in harmony; our souls and bodies alike will bask in the ultimate pleasure of cleaving to G-d.

(Another illustration of this which I didn’t mention last week is the fact that the mahn (manna) which the Jews ate in the desert for 40 years had a heavenly taste (bad pun there — sorry). According to the Sages it assumed whatever delicious taste its consumer wanted. The Children of Israel — who saw visions of G-d and received the Torah at Sinai — were not so holy as to eschew physical pleasures. To the contrary: they merited the ultimate culinary delight — reminiscent of the myriad delicious fruits of the Garden of Eden. The Sages likewise tell us that at the End of Days even non-fruit-bearing trees will bring forth fruit (see Rashi to Leviticus 26:4).)

The final point we made last week was that this ideal level is beyond man today, even the saintliest among us. With the sin of Adam, the entire physical world — as well as our physical bodies — became lowered and corrupted. The physical world would now obscure G-d’s Presence rather than reflect it. We could now never entirely sanctify our bodies and the world about. No matter how high our souls might aspire, we would never be able to totally sublimate the animal that lurks within.

This week I’d like to deepen this idea slightly. We will then be able to more fully appreciate the distinction between man’s ideal and fallen states — and how in a small way we can relate to this today.

We are taught in Genesis of Man’s succumbing to sin and his subsequent banishment from the Garden of Eden (Genesis 3). As we discussed, the world fell precipitously at this point in history. The Sages tell us that Man was on an intensely lofty level before his sin. Adam and Eve were people of enormous spiritual potential (as well as — as we might expect –possessing perfect bodies, in complete consonance with their spiritual loftiness).

Yet, how does the Torah describe Adam and Eve before their sin? How does it put into words the majesty of these spiritual giants? “And they were both naked, the man and his wife, and they were not embarrassed” (2:25). Is this all the Torah has to say about them — that they were naked — and too naïve to feel any shame? There is nothing more profound or complimentary for the Torah to say?

The idea, however, is as follows. Why do we wear clothes? There are of course many answers, such as to keep warm, to enhance our appearance, or to make certain social statements. Yet more basic than this, we find the concept of clothing universal to man. Even the most primitive of people in the warmest of climates wear at least some kind of coverings for their flesh. And likewise we may ask, why did Adam and Eve immediately sew fig leaves together to cover themselves as soon as they sinned (3:7)?

The answer is that after the sin of Man, Man realized he had to cover his body — and the source of his passions. As soon as Adam and Even sinned, the Torah writes that they realized they were naked. Beforehand there was no need for clothes. Man’s physical and spiritual sides were in total harmony. There was no temptation to misuse the physical. It was entirely pure; it was a reflection of the spiritual world. Man’s body was no more than a tool to serve G-d. And of course, serving G-d gave it the ultimate physical pleasure.

And this is for the reason we’ve explained till now. Before the Sin, that which was spiritually good was physically pleasurable as well. There was no contradiction. The delicious fruits of the Garden provided the ideal physical nourishment. (I’ll bet broccoli didn’t grow in the Garden. Leafy vegetables no doubt came with the Sin — that being one of the worst aspects of man’s punishment.) 😉 The physical world derived its very existence and meaning from the spiritual. Serving G-d fulfilled it and sanctified it — and gave it the ultimate satisfaction. And so, if procreation was a commandment, sex was nothing other than a manner of serving G-d.

With the fall of the physical world, however, this was no longer the case. The physical obscured G-d’s Presence. It could possibly be seen as having a reality of its own, as something capable of being enjoyed for its own sake, having nothing to do with G-d. It could be corrupted. One could obtain a sense of pleasure — albeit a fleeting one — from living for the physical alone. Adam and Eve could have been seen — and could have viewed each other — as objects of passion — as sex objects. The room for confusion — and the temptation for misuse — was great indeed. Man would now have to cover himself to avoid this misconception — as well as to preserve society. His physical was no longer pure or spiritually-inclined. Man could never again be totally comfortable with his inner passions. (Thoughts based on R. Aryeh Kaplan’s “Waters of Eden”, a part of The Aryeh Kaplan Anthology.)

Let us finally bring this discussion to a head. The ideal state has long been lost to man. We are today tempted to live for physical pleasures for their own sakes. If we do, they will drive us away from G-d.

But it is also possible to sublimate them — and to raise the physical to its ultimate level. The physical is supposed to be in harmony with the spiritual. It should be used, but used to serve and complement the spiritual — and find fulfillment through that. If we enjoy food and then turn around and bless the G-d who has bequeathed it to us, we are taking physical pleasure and turning it into a vehicle for spirituality. If marriage is a form of building a relationship, of selflessly sharing our lives together and becoming partners in the creation of children in the image of G-d, then the physical and spiritual realms converge. The Sages likewise tell us that G-d’s Divine Presence rests in a happy marriage (Talmud Sotah 17a).

And finally, if — as our mishna recommends — we discuss the Torah while enjoying a meal, we remind ourselves that ultimately, the purpose of eating is spiritual: to strengthen ourselves and to thereby live lives of sanctity rather than gluttony.

Certainly, the greater the pleasure the stronger the temptation for misuse. Satan does not allow that which has such potential for good to go unchecked. Yet this, simply speaking, is among the great challenges of man: to take the physical world and sanctify it, to use it to bring us closer to G-d. Judaism does not tell us to ignore the physical world and flagellate ourselves. We are to use it — provided we direct it towards its source. R. Yisroel Salanter, (great scholar and ethicist of the 19th Century) observed that it is far easier to fast on Yom Kippur for G-d’s sake than to eat the day before. (There is a Torah requirement to eat the day before Yom Kippur. We consider the final meal semi-festive. It gives us a chance to celebrate the atonement we are confident we will receive.)

In a way it is not that difficult to give our souls to G-d. That’s all they’re really interested in anyway. But our bodies have their own minds(?). Them we would like to indulge — or take the opposite — yet equally simplistic — approach of crushing them for the sake of religion. But neither is the ideal. We must sublimate our bodies and sanctify them; they too must become servants of G-d. Thus, R. Shimon of our mishna tells us to study Torah not even though we are enjoying a meal, but because of it.