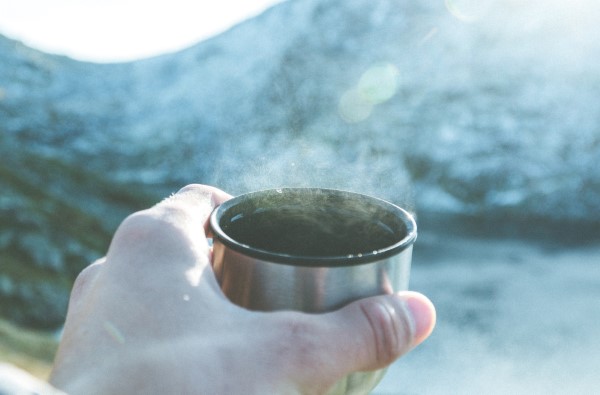 This mishna resembles the previous. In Mishna 3 we learned that two people spending time in each other’s company must share words of Torah. We were taught the importance of using even small amounts of time productively, as well as of seeing human interaction as a means of increasing religious awareness rather than idling time. Here the advice is similar, yet of course there is one notable addition to our scenario (notable to us Jews, at least): food. Here we have three people sharing a meal together, and they too are told to do so with words of Torah. And as we shall see, this mishna’s advice, far from being redundant, offers us a far greater insight into Judaism’s understanding of life.

As we know, Judaism is not a religion which relates only to matters of ritual and spirit. It is a practical religion, regulating and guiding all areas of human behavior, both the spiritual and the physical. And it offers fulfillment on all levels. No aspect of our lives should be entirely devoid of religious sentiment. Everything G-d created within us is holy, and if used properly can become a vehicle for recognizing G-d’s Presence and sanctifying mankind.

But what does this mean? What relationship say does human lust have with spirituality? And this is a question which has plagued theologians throughout the ages. How do we reconcile our undeniable physical lusts with our equally unquestionable spiritual yearnings? Are they contradictory and mutually exclusive? Are we basically animals who just conceal our “real” natures behind a thin veneer of propriety and civilized behavior? Or are we truly souls, yearning for G-d yet shackled by bodies we share in common with the animal kingdom? Either way, not a very comfortable arrangement.

And likewise, how do we reconcile our dual natures? Much we crush and deny our physical drives in order to truly become people of spirit? Or must we deaden our souls and consciences in order to truly enjoy ourselves in this world? Or is the proper path some kind of delicate balancing act? But again, is that balance basically just a compromise — sacrificing a little of our spirituality — as well as a lot of our fun — in order to live ordinary, well-mannered lives? What should we — and what does the Torah — consider the ideal?

(An issue we will not discuss this week is the fact that this dilemma became far more pronounced after the primordial Sin of man. Before Adam and Eve ate of the Tree of Knowledge, the drive for evil was an external force, embodied in the Biblical Serpent. Man himself was far more pure and complete; his physical was in complete harmony with his soul.)

I believe it is a valid observation that Gentiles appear to have even greater difficulty with this issue than Jews. When Bilam (Balaam), the wicked prophet of the nations (see Numbers 22-24), saw prophetically G-d waiting to see which drop of semen would produce a righteous person, he simply could not take it: “Would a G-d who is pure and holy and whose servants are pure and holy look at such things?!” (Talmud Niddah 31a). This coming from a person who according to the Talmud regularly engaged in bestiality (Sanhedrin 105b). (For Bilam’s “righteous indignation” G-d blinded him in one eye, continues the Talmud.)

What Bilam could not relate to is how religion and holiness could have any relationship to physical, lustful activity. (Why such “lustful activity” results in man’s highest act of creation too was surely beyond him.) In his world, spirituality and even prophecy are matters of the mind and the soul. Bilam’s body was his to debase any way he felt like.

A further observation regarding this is that two of the great world religions appear to have dramatically divergent approaches to this issue. Now I’ll state my standard disclaimer at this point. I have no pretenses of expertise in comparative religions. What follows I’m sure is a vast oversimplification. Yet I believe it sheds some light on man’s difficulty in grappling with the issue of physical versus spiritual and the vastly divergent approaches different races and cultures have taken.

Christianity seems to view man’s physical side as basically evil. Priests take vows of poverty. The truly holy are celibate. If you truly want G-d, you will live in a monastery, removed from mundane living and reality. Man was conceived in sin. Only by distancing himself the utmost from his original conception does he have any hope of attaining salvation. (We know only all too well today with all the cases of child abuse surfacing how badly such an approach often backfires.)

Islam, on the other hand, appears to take precisely the opposite approach. The physical to them almost assumes sacred dimensions. Their image of the world to come is a heavenly harem, 70 beautiful virgins for every man. (I don’t know what they offer women.) 😉 The ideal state of man is cheapened to the fleeting pleasures of the flesh. A very sad and tragic distortion of man’s inborn need for spirituality indeed. (It was probably a wonderful marketing tool when Islam was invented (if you have the luxury of inventing a religion, that is) — far more attractive than flying from cloud to cloud playing the harp.)

And taken to the illogical extreme of Muslim fundamentalism, why not blow yourself up for your “holy” cause? After a little pain, you’ll go straight to G-d’s court in Heaven — no doubt to a far better life than you lead today. (Boy are they in for a surprise!) 😉 I sometimes just wish that the victims of terrorism be allowed to be present when the perpetrators of such madness are put on trial in Heaven — when they are brought to the awful realization of the utter fallacy of their lives. And even better, I wish one of those holy “martyrs” would be able to come back and tell his fellows who’s really right.)

But in a small way Islam is onto something. They have some sense that there is holiness to the physical world and even to physical pleasure. If G-d created it, it cannot simply be evil — to be conquered and suppressed. Judaism does not believe evil is an entity which exists outside of G-d. Man’s body — with all its lusts and drives — was not the creation of Satan; it is the handiwork of G-d Himself. It must therefore be purposeful — and “good” — in the eyes of G-d, and capable of being uplifted in His service.

(By the way, the above might explain why the Muslims have had more of a presence in the Land of Israel during the course of the Exile. It too is a “Holy Land”: a land whose physical side assumes sacred dimensions. The Land itself is holy. G-d watches over it, and crops which grow in it possess a degree of sanctity. Only a people which recognizes the hidden but intrinsic sanctity to the physical is able to develop a relationship — even a transient one — with such a Land.)

Well, I still have to do the impossible task of coming up with the Jewish view on all of this — and further, what in the world has this got to do with our mishna? I think I’ll have to take another week for this one! Till then!