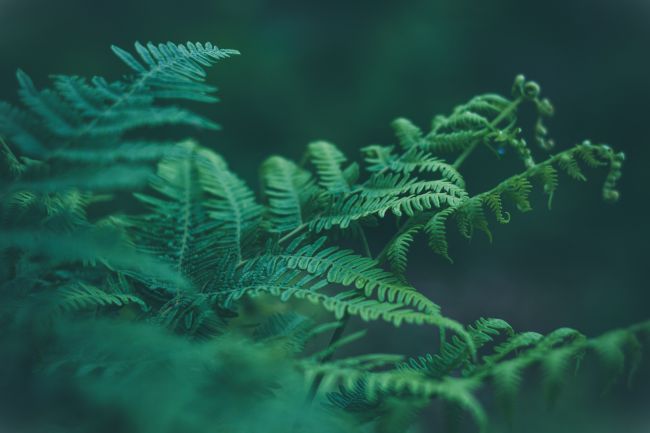 This mishna discusses the severity of interrupting one’s Torah study, even for an activity as worthy as admiring nature. The commentator Rashi adds that this is of particular concern when one is traveling and is exposed to the dangers of the wilds (as we discussed recently; see Mishna 5 (www.torah.org/learning/pirkei-avos/chapter3-5.html)). In such a situation Torah study insures Divine protection, and if a person does not avail himself of that protection, “he bears the guilt for his own soul.”

Our mishna seems to view the natural world with a great degree of ambivalence, implying that the appreciation of nature interferes with true service of G-d. I believe this is not a very accurate or complete picture of the Torah’s view. A review of just a few of the other statements of the Sages regarding this will give us a fuller understanding both of this issue and of the mishna at hand.

There is an obligation to thank G-d for the beauty He has placed in the world. The Sages instituted a number of blessings to be recited upon viewing natural wonders. (See Mishna Brachos 9:2 and Talmud there.) Upon seeing such sights as majestic mountains, deserts and rivers, we recite the blessing: “Blessed are You G-d, our all-powerful L-rd, King of the universe, who makes the work of creation.” (Regarding rivers, the blessing is recited only if one knows the river is following its natural course — the way G-d created it — and has not been altered by man. Note also that this blessing is stated in the present tense: “who makes the work of creation,” rather than “who has made” Judaism does not view creation as some kind of giant wind-up toy G-d invented once upon a time and left to operate on its own momentum. He constantly builds, creates and watches over.)

Upon seeing exceptionally beautiful trees or fields (both of which having been mentioned in our mishna), we recite the blessing “Blessed are You… who has such in His universe.”

Upon partaking of seasonal fruits, when we first enjoy the first fruits of the new year’s harvest, we thank G-d with the blessing, “who has kept us alive, sustained us, and allowed us to reach this time.” We express our gratitude that G-d has preserved us until this time, and has granted us the opportunity to partake of His wonderful creations. And of course, we bless G-d — both before and after — for all the food He graces us w

Finally, the Sages instituted a special blessing to be recited when one first sees fruit trees blossom in the spring: “Blessed are You… who did not cause a lack of anything in His world, who created good creatures and good trees so that mankind can benefit from them.” We note that in this blessing, as well as in the previous blessing on new fruits, we do not praise G-d for His bountiful world alone. We rather thank Him that He has benefited *us* with it. This is not so much because we see the world as ours to exploit. It is because we view the miracles of nature as G-d’s gift to man: we turn our admiration into appreciation. Delicious, ripening fruit (which as R. Avigdor Miller has pointed out, turn color only when they are ready to be picked), is not merely testimony to G-d’s magnificent handiwork. It is cause for our eternal gratitude — and is yet another means of bringing us closer to G-d.

Deuteronomy 20 discusses a number of laws relating to preparing for and fighting wars. Verses 19-20 deal with Jewish troops besieging an enemy city. The Torah warns us: “…you may not destroy its [fruit] trees by pressing ax against them, for from them you will eat… for, is a tree a man that it should come before you in siege?!” Care for the environment and aesthetics do not normally rate very high in situations of war. When people are being killed, we pay very little attention to the scenery. (Historically speaking, burning the landscape has been employed both as part of victorious plunder and defensive tactic.) The Torah, however, tells us otherwise. Respect for the environment should not be neglected even during the heat of battle.

(In addition, this warning serves to remind us not to “lose it” in combat. Even if our tactics are sometimes violent, we must never forget we are law-abiding and G-d-fearing servants of the Almighty. Don’t destroy anything more than necessary.)

The Sages additionally learn from this verse a more general principle not to destroy or waste food or other items of value (see Talmud Makkos 22a). For as we often find within Judaism, such activities as harming the environment, polluting, wasting energy, etc. — as well as thanking G-d for His natural wonders — are not merely common sense dictates; they are codified into law.

Further, when Maimonides discusses the dual obligation to both love and fear G-d (Mishne Torah, Hil’ Yesodei Hatorah 2), he asks how does one reach this lofty level? How do we build a relationship with an infinite and unknowable G-d? He answers that when one contemplates G-d’s great and wondrous creation and sees the immense wisdom which went into it, he or she will become both awed and inspired. He will develop an awe of and love for the Creator of such beauty and magnificence — as well as a desire to know Him better. Maimonides then proceeds to devote a number of chapters of his usually technical work to describing his advanced (albeit Medieval) scientific understanding of the heavens and earth. (It’s mostly Greek (pre-Copernicus) astronomy, but the attempt was quite impressive.)

And finally, King David, while reveling in the beauty and harmony of nature, exclaims, “How great are Your works, oh L-rd; all of them You have created with wisdom” (Psalms 104:24). And afterwards, “May the glory of G-d endure forever; may the L-rd rejoice in His works” (v. 31).

(We today, with our far superior knowledge of all areas of science, should know all the better how perfectly G-d has orchestrated the forces of nature and ecology. How often do we observe a single, insignificant(?) creature removed from or introduced into a habitat (more often than not thanks to the tinkering of man) and watching helplessly as the entire ecosystem collapses?)

Considering all the above, we must view the beauty and harmony of the natural world with both awe and wonder, seeing them as clear indicators of both an infinite and giving Creator. And as per Maimonides, we are obligated to study the natural world for just that reason. If so, what in the world (bad pun there) is so bad about “how beautiful is this tree?” Does it not increase one’s closeness to G-d?

R. Ovadiah of Bertinura (of 15th – 16th Century Italy and later Israel), in his commentary to the mishna, explains as follows. All of the above is certainly true. Nature is one of the world’s most powerful tools for recognizing G-d. However, the person described in our mishna was appreciating G-d in an even greater and more inspiring manner: he was studying Torah. As our mishna put it, he interrupted his studies to admire his surroundings. And as much as the atom, the cosmos, and the human brain reveal about G-d’s infinite wisdom, there is no human experience in this world which compares to opening up the Scripture or a page of the Talmud. Nothing of all the sciences combined compares to the meaningful study of the Torah, gaining deeper insights into the wisdom of the generations and of G-d Himself. No other experience creates the same sense of exhilaration, and in terms of pure inspiration, nothing else comes anywhere close.

I believe there is another relevant issue here. Tragically, we often find some of the world’s greatest scientists to be ardent atheists, who have an almost condescending disdain for religious doctrine and virtue. How could this be? How can people who understand so fully just how complex and masterfully designed the world is be so godless and empty of spirit themselves? (Sometimes it stems from the simple misconception that the Bible must only be taken as literal truth, any other interpretation being heretical — and how can a 6 day creation be reconciled with 15 billion years? But I believe the idea is far more profound.)

Now I don’t intend to begin an entire new discussion at this point (I can hear that collective sigh of relief emanating from thousands of readers) ;-), but I would like to make one brief observation. If you know G-d too well, it is a very dangerous thing. One who sees — undeniably so — that the world must have a Designer, will have to face that reality. He will either have to live up to his knowledge or deny that which is in front of his face.

Now if a person is too firmly rooted in the sciences — without the proper spiritual and religious grounding — he may very well be unable to live with his knowledge. He is not ready to accept the ramifications of what he sees before his eyes, and his only recourse is to deny that which he knows deep down to be the case. He will turn David’s “How great are Your works, oh L-rd!” into “How great is… evolution!”, or even worse: “How lucky the universe was! What a fortuitous series of accidents!” And so, such a person will adamantly and viciously deny the existence of G-d. His ears hear the echoes of G-d’s voice in the creation. And he must either accept it — or violently shut it out.

So to conclude, there certainly is a place in our life curriculum for the study and appreciation of nature, as well as all the sciences. There are few things in this world which better open our eyes to the reality — and the beauty — of G-d, and which give us a greater appreciation of His might and majesty. Yet we must take care that it never displaces or interferes with our appreciation of Torah. Science is the handmaiden of Torah. The admiration of science on its own, without the unequivocal acceptance of the Source behind it, may very well be counterproductive and destructive. A little bit of knowledge is a dangerous thing. The Sages exhort us to admire the beauty of the world, but constantly remind us to direct that admiration towards G-d — the G-d “who has such in His universe.” For nature allows us to see G-d in this world. But only Torah enables us to recognize Him — and to be ready for that encounter.