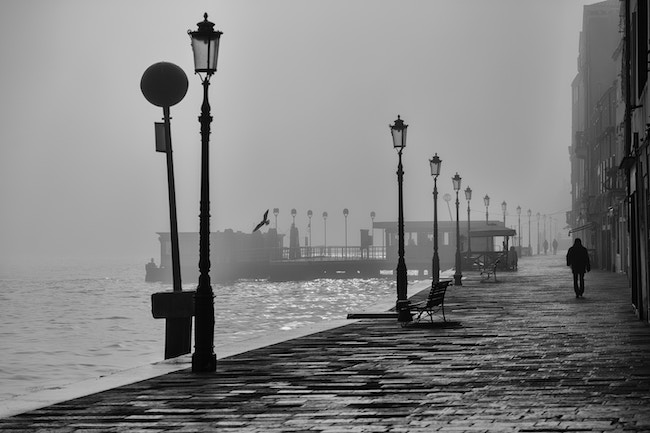 Chapter 4, Mishna 24: What We Think About Sinners

Shmuel (Sh-moo-ail) the Small said, ‘At your enemy’s fall do not rejoice, and when he stumbles let your heart not be joyous, lest the L-rd see and be displeased and turn back His anger from him [to you]’ (Proverbs 24:17- 18).

This week’s mishna tells us that we must not gloat over the downfall of our enemy, even if such a downfall was eminently deserved. When G-d metes out justice to the wicked, we should find it unsettling. G-d’s power has been unleashed in this world; am I so deserving that it will not be directed at me?

The commentator Rabbeinu Yonah adds that there is a certain sense of elation we may feel. G-d’s honor has been restored. Wickedness does not last forever. G-d ultimately sees to it that His enemies are punished. If He does so in this world, just a small amount of His glory has been revealed to mankind. And for that, we may rejoice.

We should not, however, rejoice over the suffering itself our enemy endures. It may be necessary and it may be 100% right, but it is not a source of joy. The Talmud states that when the Egyptians were drowning in the sea, the angels wanted to sing their daily song of praise to G-d, and G-d quieted them: “The creations of My hand are drowning in the sea, and you are singing song?!” (Megillah 10b). One of the most wicked and immoral nations history has produced was coming to its well-deserved fate, yet G-d Himself, so to speak, experienced no pleasure in the process.

Yet at the same time the angels were silenced, Moses and Miriam led the Jewish Nation in our most glorious Song of the Sea. Were we so much better? If the angels could not sing, how could we?

The answer is that we sang not as a form of gloating over our enemies, but because we had witnessed G-d’s salvation. And it was more than just a salvation. We caught a glimpse — albeit a fleeting one — of G-d’s Divine guiding Hand. In a moment of inspiration, we were able to grasp the Big Picture — to discern G-d’s slow but directed guiding Hand throughout our history. Everything had come to a head. Jewish history had unfolded before our eyes. We realized that far beyond our puny comprehension G-d had been orchestrating events all along. Hundreds of years of exile and suffering had been purposeful and a part of G-d’s master plan. We recognized that G- d had been purifying us in the crucible of Egypt, slowly molding us into His nation, and preparing us for this grand and glorious moment when we would see our Creator face to face. Singing because people, even wicked people, are drowning we could never do. Singing because G-d had revealed Himself to His nation and to the world — such a song would reverberate throughout all the generations.

(To touch on this theme slightly better (and then leave it aside for now), singing is man’s reaction when he is overwhelmed. At the Sea of Reeds we were able to glimpse that G-d had been guiding us far beyond our limited comprehension. Our day-to-day study and spiritual growth (in which we at least think we understand what we study) does not spur us to such song.)

Punishing the wicked is a necessary evil. Yes, wickedness should not exist; the world is much better off without it. The Mishna states, “The death of the wicked is beneficial to them and beneficial to the world” (Sanhedrin 8:5). But much better would the world have been had the wicked not sinned at all, or had they repented their ways before G-d’s justice caught up with them. The world is sweet when the wicked are punished or the Egyptians drowned in the sea. But it is bittersweet compared to what might have been had G-d’s glory been revealed in man’s serving Him rather than man’s chastisement through Him.

Finally, our mishna concludes that when one rejoices over his enemy’s downfall, G-d may turn His wrath and direct it towards the rejoicer. Are you really so happy to see G-d wield His rod of chastisement? Is that how you like seeing G-d relate to the world? Now, are you really so much more deserving than your enemy? These are not the kind of questions we should want raised in Heaven. When Lot and his family were fleeing the destruction of Sodom, they were instructed by the angels not to look back (see Genesis 19). Lot’s wife had the chutzpah to turn and view the destruction being visited on people she was hardly better than. She shared their fate. Punishment is necessary; its message should not be missed by all who witness or hear of it. But enjoying G-d’s vengeance as if it were your own? Someone who truly cared so for G-d’s honor would hardly rejoice when the wickedness of man gave G-d no choice but to blot it out.

The commentators point out something surprising about our mishna. Shmuel the Small did not actually say anything. All he did was quote a verse from Proverbs, wisdom authored by King Solomon himself a thousand years earlier. What did Shmuel teach us that we did not know (or could not have learned) ourselves?

The commentators answer that this was a catch phrase of Shmuel or that he felt it necessary to remind people of its import. I heard R. Zev Leff, noted rabbi and lecturer of Moshav Matisyahu, Israel, add a valuable twist to this. Not everyone can quote a verse in Proverbs. Quoting it implies it is something I live up to and identify with. Unfortunately, we all learn many things which we accept and admire intellectually, but which cannot be said to be a part of us. Shmuel the Small (and as the Jerusalem Talmud (Sotah 9:13) writes, his “smallness” was not a physical shortcoming; his humility led him to behave with “smallness”) was one who thoroughly lived the verse in Proverbs, so much so that Solomon’s statement was his as well — one he could state as an expression of his own life values.

R. Leff continued that this is evidenced from another incident which involved Shmuel the Small. The Talmud records that it was Shmuel who, at the behest of the Sages, inserted into the daily prayers a prayer asking for the destruction of heretics (Berachos 28b). Why was he chosen for the task — and did he rise to it? Precisely because he was one who didn’t really want it. Since Shmuel took no pleasure in the downfall of Israel’s enemies — other than that it was a necessary step in the restoration of G-d’s Throne, he could author a prayer asking G-d for just that. When he beseeched that G-d “uproot, smash, cast down, and humble the wanton sinners speedily in our days,” he did not have destruction and retribution in mind. His sole interest was that the honor of G-d’s sacred Name be restored, and that those who will never recognize G-d through His benevolence will know it through His justice. When we truly seek G-d’s honor, we never see punishment as victory. We see it as a tragic but necessary step in the revelation of G-d to man. And through this recognition, may we merit to see all aspects of G-d’s involvement with the world as multiple facets of a single loving G-d.