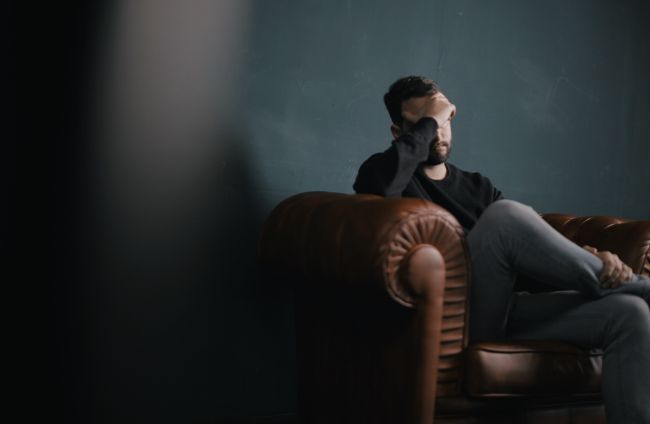 In the previous class we discussed the concept of G-d’s absolute justice and the fact that all humankind will eventually stand in judgment before G-d. As we wrote, although the concept of facing our Creator may seem frightening, it is comforting as well. Knowing that the world and all that occurs in it do not escape G-d’s justice teaches us that the world is not such a godless place. It is not removed from G-d’s cognizance or forsaken by Him (G-d forbid!), even if temporarily evil seems to reign free. Everything is weighed and measured by G-d. No act, no matter how great or small, escapes His notice. All will eventually be brought to justice, and ultimately the world will become a reflection of the G-d from which it emanated.

Yet, at the same time, our mishna contains a very depressing message — of man’s helplessness to control his fate. It seems that creation is not only out of man’s control; it is against his will. Against our will were we created and born, against our will do we live and die, and against our will will we stand in judgment before G-d. Why is this so?

I believe on the simplest level, this phenomenon is borne out in human nature. Man is simply resistant to change — and the new challenges thereby incurred. Birth, growth, and life in general thrust upon us greater challenges and obligations: growing up, making decisions, selecting a career, settling down, raising small children, raising adolescent children, etc. Our lives and relationships become increasingly more complex. We often wistfully look back towards our childhood and younger days, when life was simple and carefree.

The Torah, however, instructs us to move on, and it establishes this as the way of the world: “Therefore shall a man leave his father and mother and cleave unto his wife” (Genesis 2:24). With each subsequent stage of life, we sacrifice the protection, security and familiarity upon which we once relied and are forced to accept ever increasing challenges and obligations.

The Sages teach us that this is true in creation itself. The soul is created against its will: It is given an existence it would not have wanted had it theoretically been able to decide. Neither would a soul in heaven — comfortable and content in the upper spheres — want to enter a developing fetus. Finally, an unborn baby has little desire to leave the controlled and sheltered environment of its mother’s womb. Knowing the difficulty of life and the many trials, disappointments and failures we will face, it will sadly be difficult to claim our lives will have been worthwhile. Before the fact, life is just a risk we should not want to take.

But there’s a more frightful aspect to this. This is not simply an issue of man’s resistance to change. I feel we have a deeper, more gnawing sense of uneasiness about the universe we know.

The Talmud (Eiruvin 13b) quotes the following cryptic discussion: For two and a half years the Schools of Shammai and Hillel debated. One claimed it would have been better had man not been created than his having been created. The other argued it would have been better to have been created. They then concluded: It would have been better not to have been created. But now that man was created, let him examine his deeds. What does such a debate mean? First of all, it goes without saying that the great scholars of the Talmud were not questioning G-d’s will or doubting His justice. They realized that G-d’s wisdom — which called for a world inhabited by man — was correct and beyond human question. Their question, however, was deeper: Can *we* understand this world? True, G-d has His inscrutable motives, but how are we to make sense of the world? Can we honestly feel right about it? Was the entire gamble worth it? Has man truly justified creation? Should G-d have really put so much effort into fashioning a universe with so little to show for itself? Has it all really been worth it?

The way the world appears to us, it is hard to believe. Are the seven billion souls living here sanctifying the Name of G-d? Or are they living their own small, selfish lives? Are we sanctifying ourselves as spiritual beings in human bodies? Or are we vulgarizing ourselves into animals with a greater cranial capacity? (This reminds me of a news item several years ago about an exhibit of “homo sapiens” at the London Zoo. Is that all human beings are? Another specimen to view in its natural habitat?) Is the world becoming a reflection of spirituality and goodness? Are we bringing the world closer to G-d? Or are we doing far more harm than good to our fellow man, the world, and our environment?

I sometimes imagine how depressed G-d must be at times like Rosh Hashanah — if such a thing could be said. Here He is, ready to review His creations and judge man over the past year. He looks down, and what does He see? So little recognition of Him. Billions of people who have not the faintest idea who G-d is and why they were created. Billions who have grossly contorted views of theology — if they have views at all. The truth of G-d’s reality has hardly penetrated; no thought of spiritual growth, no treasuring G-d’s holy nation or the eternal values it stands for, only thoughts of surviving, making ends meet, and fulfilling man’s passions.

And one small nation remains — a nation which G-d to begin with had to set apart after practically giving up on the rest of the world. And how is that nation faring? Are we role models to the world? Is mankind learning from our example? Or are we downtrodden, despised and ridiculed, if not openly oppressed?

And how good an example are we setting to begin with? Of the 13 or so million Jews in this world (who might at least have some idea they’re Jewish), how many are even moderately observant? And of those how many are truly committed — other than just going through motions and performing some ritual? And that infinitesimal sliver of humanity is basically all G-d has to show for Himself down here, out of billions of souls — out of this great and depressing world of His. There are cryptic Talmudic passages which refer to G-d as crying in His inner chambers — over the Exile, the suffering, and the absence of the Divine Presence (see Hagigah 5b and Jeremiah 13:17). For this I fashioned My beautiful world? For this?! This is all I have out of everything I created and all I have bequeathed upon the world? Perhaps we too should occasionally shed a tear for G-d.

It is true that one of Judaism’s fundamental tenets is that the world will reach its fruition at the End of Days when the Messiah will arrive to redeem us. But even so, it’s hard to truly claim it was all worth it. Won’t the Messiah basically be imposing belief upon an otherwise apathetic, uncaring world — a world which would have never gotten there on its own? Will that justify everything we and all of mankind have suffered through? Will it have really all been worth it?

Of course, we are not questioning G-d’s wisdom and certainly not His ability to act as He sees fit. However, as near as human beings can figure, the world does not make sense. We, the few out of billions who recognize our Creator and attempt to serve Him, try and fail, while the vast majority of mankind does not even know enough to try. We must resign ourselves to muted service of and submission before a G-d whose ways and wisdom are incomprehensible — and in our own small and simple way, we must “examine our deeds.”

So we end our chapter (this is the final mishna) on a somber note, yet it is also a note which offers hope. Perhaps the workings of the world are beyond our ken, but “everything is according to a reckoning.” It is precisely the incomprehensible nature of the world that assures us all is just. The world — as we see it — does not make sense. Yet we are also told that this question is beyond the ability of humans to answer — and is therefore not a mystery humans must solve. We can feel secure in the knowledge that on the level of the Divine the world does make sense, and it is and will be a place of truth, justice, and beauty. We may, with assurance, leave its inner workings to that perfect yet inscrutable Being, while in our own small way, attempt to serve Him, examine our deeds, and slowly bring the world to the greatness for which it is destined.

With this and with G-d’s help, we have completed the fourth chapter.