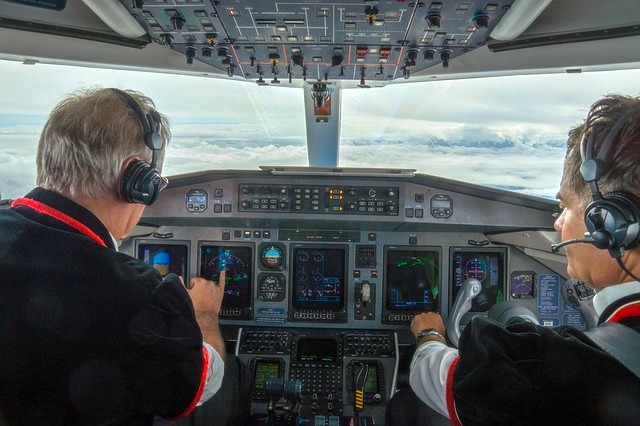 This week’s mishna contains many important and fascinating ideas, yet it conveys a single, powerful overriding message. I would like to focus more on the central theme than on the many details. This is one of those mishnas — and Pirkei Avos has many — that deserves a series of its own. Yet we’ll attempt to learn what we can in the space of two weeks and move on, hopefully at least somewhat enriched.

The basic imagery of our mishna is one of G-d’s power and man’s helplessness to control his fate. Man is led inexorably towards his destiny — in an ongoing cycle of birth, life, death, judgment, resurrection, and finally the ultimate Day of Reckoning. G-d’s justice is infinite and exacting, and reaches far beyond the grave. Eventually, it will be meted out to all of mankind, “these to eternal life and these to shame, to everlasting abhorrence” (Daniel 12:2).

Further, this great and awesome cycle operates beyond our control — and invariably, against our will. We had no say in G-d’s creation of the world — nor in His creation of us. Yet we must accept the reality of the world as it is and live accordingly; we must “know and make known” this knowledge. Ultimately, our judgment will depend upon the extent to which we accepted this and the degree to which we lived it. Further, as the commentator Rabbeinu Yonah adds, we must use our knowledge to rectify the one thing we do control in this world — our deeds.

One of the primary messages of our mishna is one of exacting justice and retribution — that all is measured and weighed, and that G-d’s judgment is total and absolute. Each of us will eventually face his Creator. No deed, no matter how large or small, will go unrewarded or unpunished.

Although in some ways the concept of standing before G-d in judgment may seem frightening, in a way it is also comforting. The world is not as senseless as it seems. To us the world appears a place of unbridled evil, a place in which injustice and wickedness reign freely, with no apparent rectification. Have you ever been beaten up or ripped off with absolutely no recourse, no one to turn to — where the perpetrators just get away with it? It makes us feel not only helpless, but depressed — to think of the world as such a place of unrequited evil. Can one really sin and get away with it? Is there no solution to the evils of the world? Is there no hope for mankind? To this our Sages tell us that the world has an unchanging and unchangeable cycle. Life will expire, and judgment — G-d’s infinite judgment — will ensue. Evil will not reign forever, no matter how firmly entrenched it appears today. Thus, although we are helpless to control our fates, we can feel secure in the fact that G-d is ultimately in control. And as above, not only is this belief an integral part of Jewish tradition, the alternative is almost too horrific to imagine. Say we would conjecture (as many believe) that there was once some superior being who created the world but who now he ignores it, leaving it to its own devices. Such a god undoubtedly has far more important things to worry about. He’s busy up there watching the World Cup unfold; beyond that he hardly cares what happens on little Earth or what puny man is up to.

Sure, such a conjecture would make the existence of evil and injustice much easier to swallow: they’re not god’s fault. But the world would be depressing beyond imagination. Everything really is an accident. There is no good reason for the existence of evil. It is man’s own insidious invention — and it really shouldn’t be here. Man has transformed the world into a cruel and evil place. We can take no solace in the belief in purpose to suffering or a light at the end of the tunnel. The world is just wicked and senseless — period. It has been irreparably severed from its Divine source, and there is nothing ultimately redeeming about it. And that makes it nothing other than a living hell.

Yet our Sages tell us otherwise. Nothing which occurs in this world is beyond G-d’s purview. The world is inherently bound with its Creator. And that might make it a harsh place — you can’t get away with anything under G-d’s watchful eye — but it is not a senseless place. Strictness and Divine justice are difficult to bear, but they are purposeful — and so ultimately good. But senselessness, emptiness, a world of pointless evil: these are just too terrifying to imagine.

So again, the message of our mishna is one of harshness, but of controlled harshness. Whether we like it or not, G-d allows very little slack in the system. No loopholes, no free lunches, no getting away with anything while the teacher’s back is turned. If anything, it was one of G-d’s great disappearing acts to make the universe even appear separate from Him — so that man could be challenged into thinking evil is tempting and available. Yet one thing the world does have going for it: It is godly. It is in no way severed from the G-d it reflects — and so, it is — or has the potential to be — perfect.

(I believe at least some denominations of Christianity believe that Satan is a rebellious angel who works against the system — though G-d will eventually catch up to him and put him out of a job. I hope my readers know by now that I’m not in the habit of bashing other religions. Little is gained from it — and I hope Judaism has enough going for it to stand on its own. Yet I feel it’s important to point out that such a notion — of something run amok in the system — is antithetical to Jewish thought, a logical impossibility if one correctly understands the reality of G-d.)

At the same time, a depressing thread runs through our mishna as well — of man’s helplessness, that life, death and judgment are all forced upon us. If G-d’s justice is really so purposeful and perfect, why this gloomy sense of defeatism and inevitability? We will address this theme G-d willing next week. I would, however, like to touch on one further detail before we close.

“Acceptance of bribes:” Maimonides points out that it goes without saying that the literal concept of “paying off” another is meaningless in the context of an infinite, incorporeal G-d. Rather, Maimonides explains as follows: What type of bribe could possibly be relevant to an infinite G-d? Mitzvos (good deeds). The meaning, then, is that G-d does not allow our good deeds to “cancel out” our evil ones. If a person performed 1000 mitzvos and committed a single sin, he or she does not have a net worth of 999 — quite good. He has 1000+ and 1-. Every deed, both good and bad is dealt with by G-d to the exact degree it deserves.

As we often find in Scripture, even the few sins of such great men as Moses and David were addressed fully by G-d and did not get lost in the far greater shuffle of greatness and accomplishment. G-d analyzes and measures each deed according to its own merits — and rewards and punishes accordingly. This is yet another aspect of G-d’s exacting yet perfect justice, for which our mishna exclaims, “Blessed be He.”

G-d willing, we’ll deal with the other side of the story next week!