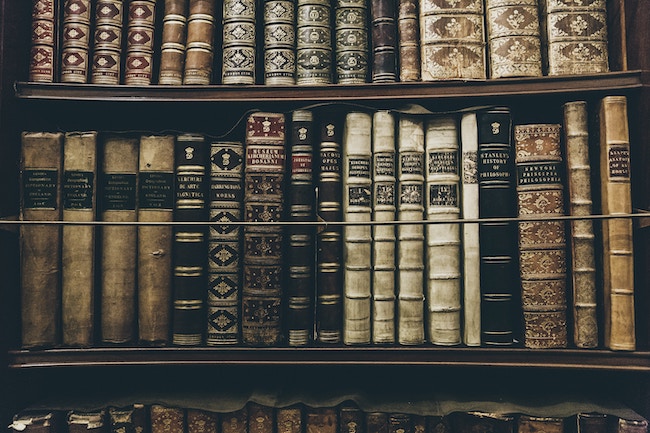 Chapter 4, Mishna 7(b): The Scholar Mercenary

“Rabbi Tzaddok said: Do not separate yourself from the community. Do not act as a lawyer (in judgment). Do not make the Torah into a crown with which to aggrandize yourself or a spade with which to dig. So too did Hillel state: ‘He who uses the crown [of Torah] will pass on’ (above, 1:13). From this you may learn that anyone who derives benefit from words of Torah takes his life from the world.”

In the previous class we discussed the danger of treating the Torah as a crown — as a means of achieving fame or recognition. As we explained, although the Torah scholar does deserve honor, he must not seek it himself. It is we who must show him honor. One who pursues honor for honor’s sake does little more than demonstrate his unworthiness of it. For honor must not be accorded to the Torah scholar per se, but to the one who humbly and sincerely makes himself a reflection of the wisdom of G-d.

The second manner in which the Torah must not be used is as a “spade to dig.” The commentators understand this to mean using one’s Torah knowledge towards utilitarian ends, specifically, for financial profit. To some degree, the reason for this is the same as with the crown. This too is a means of cheapening our Torah knowledge, of seeing it as a money-making tool rather than a vehicle for closeness to G-d.

However, Maimonides painfully observes that the evil here is much more pernicious. Not only is one who considers the Torah a “spade” personally misusing his Torah knowledge. He is lowering the Torah and the Torah scholar in the eyes of the masses.

It seems that in Maimonides’ time there was a large class of able-bodied people who studied Torah while freeloading off of local charities, often imposing charity “quotas” upon the greater community to assist them in their sacred pursuits. Maimonides writes in no uncertain terms that this is a desecration of the Torah and all it stands for. He points out numerous examples of scholars in the Mishna and Talmud who engaged in humble, menial means of employment, often struggling at or below the poverty line. Not likely, writes Maimonides, that the common folk of those generations were so ungenerous or disrespectful of Torah scholars that they would let such great men and their families nearly starve. Rather, the Sages were extremely wary not to derive any form of benefit from their studies. If they were capable, they would chop wood, carry loads, and trust in G-d. But never do we hear of them asking for handouts, nor do we find in the entire Talmud so much as a single complaint uttered by a scholar about the miserly, uncaring Jews of his time who let him suffer so.

Before we continue our discussion, we must make an important distinction. The simple reading of our mishna would imply that under no circumstances may a person benefit materially from his Torah knowledge. This would seem to extend to salaried public servants, such as pulpit rabbis, judges and educators — as well as to someone who publishes a book for that matter. This appears to be the opinion of Maimonides here and elsewhere — and in fact there have always been Sephardic communities which have adhered to this position. But, as we see today, the universal custom is for such people to collect a salary (as minimal as it usually is). R. Ovadiah of Bartinura, in his commentary to this mishna, briefly outlines the underpinnings of the present day practice. Below I offer an extremely sketchy summary of both his considerations and a few other well-known ones.

(1) A rabbi, judge or educator may be paid for loss of revenue. I.e., he may be compensated for his time spent in public service in which he was not able to engage in gainful employment.

(2) An educator may be paid for time spent teaching since during that time he was also overseeing and minding his pupils. (Daycare? Maybe that’s why their salaries are so low…)

(3) A rabbi of high public position should be made wealthy in order that he command the respect of his subordinates (based on Talmud Yoma 18a).

(4) The Talmud (Sotah 21a) also praises what is known as the Yissachar-Zevulun arrangement, in which two parties agree that one will support the other in his studies, allowing both of them to share in the merit of his Torah study. This was in fact the arrangement of these two tribes upon settling in the Holy Land.

(5) Truly pious individuals, prepared to fully put their trust in G-d, may transcend the curse of Adam — “through the sweat of your brow you will eat bread” (Genesis 3:19) — and rely entirely on G-d for their support (based on Talmud Brachos 35b). I discuss this position more fully in Chapter 2, Mishna 2 (here and here).

(6) Many authorities extend some of the above considerations (especially 1 & 4) to scholars-in-training as well to ensure that Israel is supplied with the requisite number of rabbis and educators, as well as learned laymen. I discuss this one somewhat more in Maimonides, Laws of De’os Chapter 5, Law 12.

Based on the above considerations, R. Ovadiah concludes that the sages of the Mishna and Talmud, in their refusal to benefit in any way from their knowledge, were actually going beyond the letter of the law.

Even all the above being said, certainly careful consideration is required in such matters. Support of Torah is wonderful, but it just isn’t the same when the rabbi must come to the layman for support. Unfortunately, virtually all throughout our history great rabbis were required to go from town to town and from house to house seeking support for their institutions. And as justified and necessary as it may be, it’s hard for the Torah not to be lowered in the eyes of the masses. The Talmud writes that when a Torah scholar derives benefit from an ignoramus, he goes from being a “golden pitcher” in the eyes of the ignoramus to an earthenware one (Sanhedrin 52b).

And at worst, we know what sort of situation results from all of this. The layman will view Torah scholars as a bunch of groveling parasites (schnorrers), running away from the “real world” and gainful employment while asking them to shoulder of the burden. And his attitudes towards Torah scholars — and the Torah in general — will be a mixture of annoyance, resentment, and condescension. Not a healthy arrangement for the Children of Israel.

Finally, even the rabbi or educator who draws his well-deserved paycheck must be heedful of our mishna’s advice. He must never see his knowledge as merely a “spade” — a means of earning a living. He is not a “professional”, who uses his Torah knowledge for financial profit just as the doctor or lawyer uses his degree.

(In truth, in all types of professions, the truly good doctor or lawyer is the one who sees his profession as his calling rather than a mercenary undertaking. His practice is not primarily a money-making scheme, but a calling and a labor of love. Regarding Torah study, however, this is absolutely paramount.)

I was once told by R. Shalom Shtrajcher, a successful rabbi and educator of many years, that as rabbi, one of the most important things to keep in mind — and convey to others — is that rabbinics is not an occupation. A rabbi may earn a paycheck, but he is not a 9-5 salaried employee. He is a spiritual leader, one who directs and oversees the spiritual growth of others. He does not have a “job”; he has a mission and a life-commitment. A congregant calling for instruction or guidance should not have to go through the rabbi’s secretary and schedule an appointment. He must not be given attention only during the rabbi’s “hours”. The true spiritual leader is available to his flock all hours of the day and night and in every way imaginable (bearing in mind of course that rabbis too are human beings). No person is too unimportant for his time, and no question too insignificant. The human soul requires a 24-hour-a-day service contract.

Likewise when the budding student and future religious leader studies Torah, he must not approach it as a course of study or a means of earning a degree. He may attend courses in practical rabbinics, counseling and public speaking, but he is not preparing for a career — nor has the curriculum of the yeshivos (rabbinical colleges) ever been fashioned that way. (Even the translation “rabbinical college” is a rather misplaced and borrowed term. “Yeshiva” is based on the word “sit”. The student spends time poring over texts and introspecting on their meaning and implications. Very little of his schooling resembles internship and hands-on training.)

Rather, the student studies to build his own relationship with G-d and to develop himself as a human being. Naturally, when he reaches a certain point he will have what to give over to others — and that will become his obligation. But he does not study in order to pursue a career or even to teach. He studies to understand. We learned in the previous mishna, “One who studies in order to do is granted the ability to study, to teach, to observe, and to do” (4:6). When we understand, our knowledge will spill over, and others will drink from it. We will become leaders and great men, devoid of both the crowns of honor and of riches, but lights and beacons of truth for all who follow.

(Final paragraph based in part on lecture heard from R. Zev Leff.)