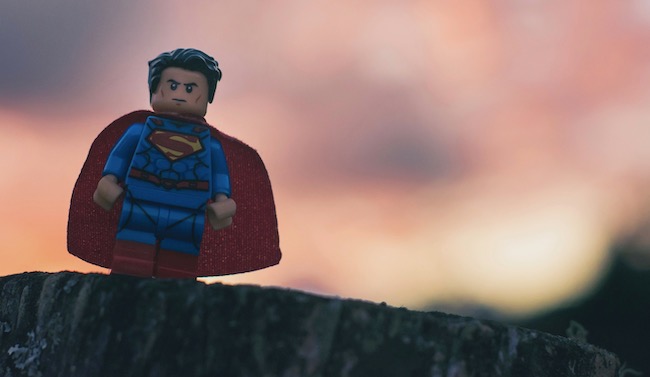 “Rabbi Tzaddok said: Do not separate yourself from the community. Do not act as a lawyer (in judgment). Do not make the Torah into a crown with which to aggrandize yourself or a spade with which to dig. So too did Hillel state: ‘He who uses the crown [of Torah] will pass on’ (earlier, 1:13). From this you may learn that anyone who derives benefit from the words of the Torah removes his life from the world.”

The first two statements of R. Tzaddok, regarding separating oneself from the community and acting as a lawyer, both appeared earlier in Pirkei Avos, in 2:5 and 1:8 respectively. Please feel free to view our discussions in the archives. In some editions of Pirkei Avos, these statements do not appear here at all.

The main theme of our mishna is that one must not make use of his Torah knowledge for his own purposes. The Torah is G-d’s gift to Israel. It enables us to understand G-d’s word and build a relationship with Him. It is ours to use towards this lofty ideal. If, by contrast, we attempt to use the Torah towards self-serving ends, whether social or financial, G-d may see fit to remind us that the Torah is not ours to cash in on. (As our mishna states, “he… will pass on.”) The Torah is for us an obligation and a challenge — not a status-seeking tool.

The first manner our mishna advises that we not treat the Torah is as a crown. We should not learn or teach Torah in order to be admired or respected by others. This point would seem to be self-evident. It’s interesting to note, however, that this does not seem the entire story. We will learn later (Mishna 17) that the Torah scholar possesses what is referred to as the “crown” of Torah. So to some degree the Torah is a crown for those who merit to wear it. Yet here we are told that the scholar must not treat it as such.

Further, the Talmud teaches us: “Whoever holds back his student from serving him, it is as if he denies from him kindliness” (i.e., he denies his student the opportunity to show honor where it is due) (Kesuvos 96a). So a Torah teacher should allow his students to honor him. There is in fact a large body of law which defines and governs the homage which is due to one’s Torah teacher and to scholars in general. (See Shulchan Aruch, Yoreh De’ah 242-4.) So in truth, the scholar does possess the crown of Torah, we must treat him accordingly, and — at least passively — he must graciously accept our veneration. Yet he must not “use” his knowledge as a crown. Now is this a show? Does the rabbi know deep down “it’s coming to him,” yet just must not say it in the open?

I believe the answer lies in a fuller understanding of the metaphor the Rabbis employ here — the crown. (As always, the Sages are exceedingly precise in their terminology. The more closely we analyze their words, the more fully we can appreciate the depth of their wisdom.) There is a fairly universal concept that kings wear crowns — while ministers, advisers, noblemen, etc. virtually never do. Now a crown serves no utilitarian function, nor does it bestow power on an undeserving bearer. If so, why is it so intrinsic a part of the king’s attire?

The answer is that a crown represents a sense of completeness. A true king is one whose very existence is bound together with his nation. His life’s calling, his total devotion is the state. His essence is the state: he is the state. When a person so completely identifies with his mission or calling, a crown — whether actual or figurative — rests atop his head. His very being and body become one with that which he embodies, so much so that his essential self — his head — is crowned with the symbol of his calling. (Based in part on thoughts heard from my teacher R. Yochanan Zweig.)

When a Torah scholar is said to possess the crown of Torah, it does not refer to some external decorative ornament. It implies that his very essence is the Torah. By dint of his commitment, effort and perseverance, he has come to embody the Torah and all its sacred values. He is what we sometimes call “a living Sefer Torah (Torah scroll).” When we accord honor to such a man, we are not honoring him as a person. It is that he has become so bound to the Torah — such a reflection of the word of G-d — that to honor him is to honor G-d Himself.

Thus, when can a person claim the honor due to a Torah scholar? When the honor is not his at all, when he sees himself as nothing more than a hollow reflection of the Torah for others to venerate. He will not see himself as the recipient of the honor. He will recognize that he is no more than a vehicle — one which enables others to give expression to their very real need to revere the Almighty Himself.

The Torah states: “The L-rd your G-d shall you fear” (Deuteronomy 10:20). The first word of this verse (in the Hebrew) is ‘es’ (or ‘et’). ‘Es’ is a very common word, yet it does not translate into English because it has no English counterpart. It is a kind of simple connective, here: “Es the L-rd your G-d you shall fear.” In English we would do away with the ‘es’ altogether: English needs no connective between “you shall fear” and “the L- rd your G-d.” Yet ‘es’ is ubiquitous in the Torah, appearing in practically every verse.

The Talmud (Pesachim 22b) records the following: Shimon of Amson (according to some: Nehemiah of Amson) was able to derive a new law every time the word ‘es’ appeared in the Torah. In other words, this ‘es’ which to us English speakers seems entirely superfluous, Shimon of Amson found great significance in. (A mean feat. This is no doubt the most common words in the Torah, kind of like ‘a’ in English.)

However, when Shimon reached the verse “The L-rd your G-d you shall fear” he refrained — he ceased deriving laws from ‘es’. He felt nothing could possibly be included and thereby equated to G-d Himself. What else can you fear? A heavenly body? An angel? But they are mere emissaries of G-d! *G-d* is the only one we should truly fear; there can be no other!

And once Shimon realized his thesis was incorrect in that one instance, he concluded that one must never be able to derive laws from ‘es’. His entire past thesis was flawed. And so, he withdrew all his previous teachings. His students protested: “What about all the instances of ‘es’ you did expound?” He answered: “Just as I received reward for the expounding, so too will I receive reward for the refraining .” This was so until R. Akiva came along later and inferred, “‘es’ the L-rd… you shall fear” — this includes Torah scholars.

My teacher, R. Moshe Eisemann, of Ner Israel Rabbinical College, Baltimore, asked: What was so difficult about R. Akiva’s inference that Shimon of Amson — the world-renowned ‘es’ expert — was unable to arrive at it? How is it that R. Akiva was able to resolve a difficulty that Shimon himself was unable to solve?

My teacher, quoting another thinker (I don’t recall whom), explained as follows: Shimon was stumped: How could anything finite possibly be compared to an infinite G-d? So what did he do? He took his entire life’s work — the thousands of ‘es’s he no doubt did explain throughout his career — and tossed them all out — without a second thought. If it’s wrong, if this isn’t Torah truth, it mattered not one wit how many years he had spent poring over every other ‘es’ in the Torah. It is not the Torah, and it was therefore not in keeping with his life’s mission to continue.

Now, when R. Akiva saw that — such selfless devotion, such an altruistic pursuit of G-d’s Torah without any concern for his own success or reputation — he was able to say: “Now I know who can be compared to G-d.” Shimon exemplified such selfless dedication to G-d’s Torah, he had so totally annulled himself before his Maker, that to honor such a man was not to honor a human being at all. It was to honor G-d Himself.

I feel the above thought is not only powerful in its own right. It further has a particular relevance to us. Most of us hail from democratic societies, and the notion that all men are created equal is to us paramount. Everyone is entitled to shake hands with the President. And we become a little uncomfortable at the thought of raising certain people on pedestals, of giving them preferential treatment. Because he is smarter and was born to more favorable circumstances, I must stand up when he enters the room or address him in the third person? And in truth, is the one born with a higher IQ and an intellectual bent truly better than the simple Jew who strives for closeness to G-d in his own humble way?

But the answer lies in what we have just written. Judaism does not believe in hero-worship. There are no demigods in Scripture or Jewish literature. The Torah is quite candid about the faults of all its heroes. For we do not honor others because flesh and blood deserves honor. We do so only if it is a means of honoring G-d Himself. If a person’s study and devotion transform him into a reflection of the beauty of Torah and the wisdom of G-d, then to honor him is to honor G-d. Honor is an elusive animal. It does not dwell within man at all — only in the emptiness of a humble but devoted soul. Such a person does not carry honor; he reflects it. But in doing so he gives us a glimpse of the divinity of the human soul and the godly spirit that resides within us all.