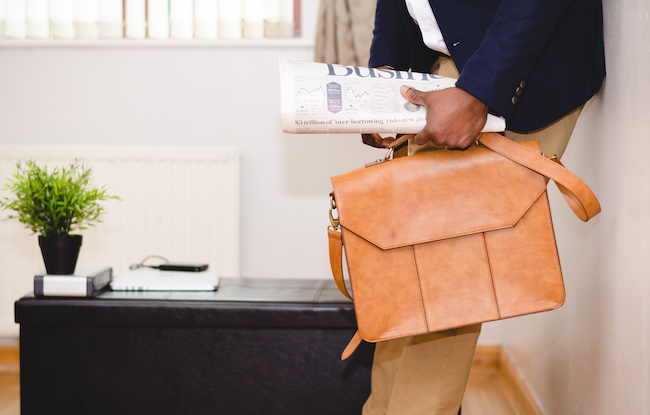 Chapter 2, Mishna 2(a) : Torah Study vs. Earning a Livelihood – Part I

Rabban Gamliel the son of Rabbi Yehuda the Prince said: Good is Torah study together with a worldly occupation, for the exertion in both makes one forget sin. All Torah study without work will result in waste and will cause sinfulness. Anyone who works for the community should work for the sake of Heaven, for the merit of their [the community members’] forefathers will help him, and their righteousness endures forever. And as for you, [says G-d], I will grant you much reward as if you accomplished it on your own.

The first section of this mishna discusses the importance of self-sufficiency and earning a living. In spite of the primacy of Torah study in Jewish life, we are obligated to pursue the “ways of the land.” (This is the literal translation of the Hebrew expression used in our mishna — “derech eretz.” The term is often used in reference to a worldly occupation — and this is how the vast majority of the commentators understand it here. Sometimes the term more generally refers to all forms of proper and healthy interaction among men.)

Our mishna offers two reasons why we must support ourselves. The first is that Torah study combined with work causes one to “forget” sin. The simple meaning, as some commentators understand (Rabbeinu Yonah, Bartenura, R. Hirsch), is that if one holds down a full-time job and studies Torah in his remaining time, he will be too busy (as well as exhausted) to think about sinning. Idle time leads to wandering minds, fantasizing, and cooking up all sorts of wild schemes (Mishna Kesuvos 5:5). (As I once heard R. Noach Orlowek of Jerusalem observe, Pharaoh was actually the first one to point this out. When Moses and Aaron first approached him asking that he grant the Jews a few days off, Pharaoh’s immediate reaction was to make them work harder. They must be having too much time to daydream. See Exodus 5.)

Another explanation of “forgetting” sin (Rashi, Meiri, see also Ruach Chaim) is that the combination of Torah study and self-sufficiency will safeguard a person from temptation. If we earn enough to make ends meet, we will have no overpowering temptation to steal from others. Further, if at the same time we study Torah, we will have the moral bearings to protect ourselves from temptation. We will develop a stronger sense of right and wrong, and we will incorporate the Torah’s dictate of being happy with one’s lot. Finally, the mere fact that we are not pursuing our careers relentlessly but are dividing our time between that and Torah study will stay the often insatiable drive for money and prestige.

The second reason offered by our mishna is that Torah study alone will result in “waste” and “sinfulness”. The meaning is clear. One might think he is “saving” himself time by studying Torah without interruption. Money, however, is a problem which does not go away (does go away?), and such a person will soon be reduced to poverty and want. He will then have to start running around looking for some alternate means of support — and the search will likely be frustrating and ongoing. He will be tempted to beg, cut ethical and legal corners, accept handouts, or outright steal in his desperation, all of which will lower his integrity and self-respect — and all because he was too “holy” to be responsible for himself in the first place.

And so, as R. Gamliel concludes, the end result will be “waste”: Rather than his full-time study saving him time, such a person will become so occupied with the pursuit of money — both mentally and emotionally — that he will have neither time nor composure to study very much at all — certainly far less than had he put in the necessary time into his profession and then devoted his remaining worry-free hours to the study of Torah.

The commentator Rabbeinu Yonah (of 13th Century Spain) adds yet another important angle to this discussion. The psychological effects of not supporting oneself can as well be devastating. Even if one theoretically could subsist on handouts, it would destroy his self-esteem. Living off of others is antithetical to practically all of human virtue. King Solomon wrote: “One who hates gifts will live” (Proverbs 15:27). If one gets by without a sense of being productive himself, he does not have true life. Life is accomplishment and productivity. Sitting back expecting to be handed a welfare check destroys a person and his will to make something of himself. Such a person may feel he’s pulling a fast one, getting something for nothing, but — to invoke a cliché you haven’t heard since grade school — the only one he’s cheating is himself. (Not that anyone took it very seriously back then, but perhaps we’ve all matured a little since.)

We learned earlier: “Love work and despise high position” (1:10). We should want to work and make something of ourselves. And our agenda should be our own productivity, not our prestige or position on the totem pole. The Talmud writes: “One should flay carcasses in the marketplace and earn a living. He should not say I am a Priest, I am a great man and such work is beneath me” (Pesachim 113a). There is no such thing as being beneath one’s dignity to put in an honest day’s work. Work is what gives us our dignity, as well as our sense of self-worth.

The Sages thus view earning a living as a binding obligation, not so different from the many other mitzvos (commandments) of the Torah. (Or at least as an obligation upon one member of the family. In the kesuvah (or ketubah), the marriage contract between husband and wife, the husband assumes responsibility for the financial support of the family.) Likewise, the Talmud teaches us that a father is obligated to teach his son a profession, just as he is obligated to teach his son Torah (and to swim for that matter) (Kiddushin 29a).

There is, however, perhaps a single issue far more critical than everything we have written thus far. Maimonides (Mishne Torah, Talmud Torah 3:10) writes as follows: “Whoever thinks he will study Torah and not work and will be supported from charity, profanes G-d’s Name, shames the Torah, darkens the light of knowledge, causes harm to himself, and takes his life from this world. For it is forbidden to derive benefit from the Torah in this world.” (Anyone who has studied the works of Maimonides knows that he very rarely waxes poetic. His Hebrew is elegant in its simplicity and clarity of style, but he virtually never wastes his words or gets carried away. The above-quoted passage is practically one of a kind.)

One who thrusts himself and the burden of his support upon others is not only harming himself in all the ways we discussed above. He is desecrating the Name of G-d. Of all people, it will be the Torah scholar who is degraded, who appears to the masses as the nuisance and pathetic beggar. He will disgrace not only himself but the Torah he represents. And this is a desecration of G-d’s Name of the highest degree. Rather than the scholar’s Torah study earning him the respect and admiration of the masses, he will be scorned and derided — and it will so reflect on the Torah he is supposed to be upholding.

(For that matter, R. Berel Wein has observed that it was a far better arrangement in the days when the community rabbi did not draw a salary from his congregation. (We’ll talk about such exceptions to the rule next week, G-d willing.) Once the rabbi is beholden to his constituents — even for a well-deserved paycheck — he will not be able to wield authority and speak his piece in the manner he sometimes must. The laymen hold the purse strings and run the board. The rabbi must answer to them rather than they to him.)

Thus far we have made a strong case against Torah study without sufficient means of support. Everyone without exception, it seems, should be earning his keep. However, as with most things in Judaism (and life), there are two sides to every issue. G-d willing next week we will explore some of the exceptions to this principle and their practical applications.