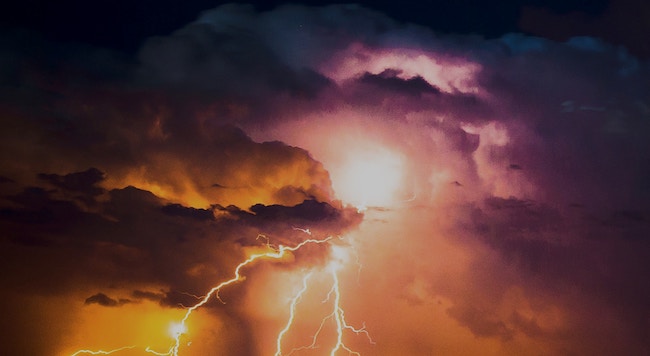 This mishna discusses the punishment of pestilence. Pestilence was also the subject of the first part of the previous mishna. That mishna listed two transgressions which result in pestilence, one of them being the misuse of seventh year (Sabbatical year) produce. Here, our mishna lists similar transgressions — relating to the withholding of crop tithes from the poor. I would like to first define the sins themselves, then review briefly the concept of pestilence, and last discuss a similar principle relating to the sins of our mishna in particular.

As we’ve discussed in the past, Jewish law defines a seven year agricultural cycle. During the first six years of the cycle, planting and harvesting are permitted, while various tithes must be separated from the produce.

On all six years, approximately 2% is set aside for the Priests and a further 10% for the Levites. On years 1, 2, 4, and 5, a second tithe must be set aside and either it or its monetary equivalent must be taken to Jerusalem and consumed there. On years 3 and 6, a second tithe is separated and given to the poor. Finally, on all six years, certain portions of the field must be left for the poor (the “gifts for the poor” of our mishna). These include: the “corner” of each field, insignificant dropped pickings, and “forgotten” sections of the field.

(For a more detailed exposition, see the Gifts to the Poor section of Torah.org’s Halacha Overview, compiled by my father OBM; also see more generally the entire section there devoted to crops.)

The culmination of the agricultural cycle is the seventh year, known as “Shemittah” or the Sabbatical year, in which planting is forbidden, and produce which grows spontaneously is sacred; a part of which must be left in the fields, available to strangers and animals as well as the field owner.

A final relevant point is that in Israel the growing season falls primarily during the winter, lasting from fall till late spring, roughly in the period between Sukkos (Tabernacles) and Shavuos (Pentecost). (Winters are temperate and (hopefully) wet; it rarely goes below freezing in any part of the country.) Rain almost never falls in the tropical summer, and in Biblical times, harvested grain would be left to dry in the fields all summer and then gathered into silos in the fall.

Our mishna tells us of certain times in which pestilence increased — due to the failure to properly observe some of the commandments above. The implication is that the neglect of these laws was so commonplace that pestilence would regularly increase during these periods. The first two times were the fourth and seventh years — for failure to separate the tithe for the poor by the conclusion of the previous years. The third time is the first year — for the misuse of seventh year produce. The final time is the period after Sukkos every year — for failure to leave aside the appropriate portions for the poor.

We explained in the previous mishna (http://www.torah.org/learning/pirkei-avos/chapter5-11b.html) the justice behind the punishment of pestilence — how when the sanctity of the world or the evil of sin is ignored, G-d strikes out in broad measure — reasserting His Presence in the world. People refused to see G-d’s sanctity in the world; as a result, G-d *makes* His reality known — unmistakably so. Here too when produce which should be tithed is treated as mundane, G-d finds need to remind the world that sanctity exists and makes a difference, and that G-d’s will alone controls and determines the fate of man. There is an additional fascinating angle to our mishna. Why is pestilence — a form of death penalty — warranted for failure to give tithes to the poor? Isn’t that basically an issue of stealing — no small matter to be sure, but certainly not punishable by death? Why does our mishna come down so harshly on hoarders?

The commentator Rabbeinu Yonah (13th century Spain) quotes a relevant verse from Mishle (Proverbs): “Do not steal from the weak because he is weak and do not oppress the poor in public, for the L-rd will champion their cause and steal the soul of the one who stole from them” (22:22-3). (The final phrase could be translated: “and will set the soul as the price for their mistreatment.”) The passage tells us that stealing from the poor is punishable by death.

R. Yonah explains this to be true simply because a poor person owns nothing nonessential. Anything stolen from him — certainly the meager crop gleanings to which he is entitled — is a bare necessity. Thus, stealing from him is a matter of life or death: it can quite literally cost him his life. (Keep in mind that the poor were the big gainers in the Shemittah year as well. The rich had to leave their fields fallow — and their orchards untended. What grew was fair game for both rich and poor.)

The ethical work The Gates of Repentance, also authored by R. Yonah, implies a different understanding of the verse in Proverbs. (See Section 3:24. What follows is an elaboration of what I believe to be R. Yonah’s intent.)

A poor person or any other unfortunate is often defenseless to protect himself against the ill treatment of others. He often has neither the social standing nor adequate legal representation (not always free) to demand fair treatment.

When such a breach of justice occurs — the poor are mistreated without recourse, G-d states that He Himself will come to the aid of the oppressed. Now, when G-d gets involved, the issue is no longer one of money — the poor man’s loss of revenue; it is one of human dignity. A person was not given fair treatment — simply because he was poor and underprivileged. No one felt him important enough to regard his needs or grant him his due. When G-d avenges such an injustice, it is not a financial issue He is championing; it is a human one. And the price, the currency charged by G-d for belittling a human soul is nothing less than the soul of the perpetrator.

We can now understand more fully why pestilence is the appropriate punishment for the sins of our mishna. As we explained earlier, pestilence results when something holy is ignored, when that which is sacred and significant to G-d is treated as mundane. In the previous mishna it was sacred produce: that was bad enough. Here, however, it is something infinitely more dear and precious to G-d — and something so much more difficult to mend — a human soul. For this, G-d strikes out — in all His strength and fury. The perpetrator is going to hear from G-d Himself. Is a human being worthy of regard only when he is popular, powerful or influential? Is there no value to the human soul simply because it is in My image? And so, G-d strikes out — big time, claiming the very soul of the one who saw so little in the human soul.

It is a sad fact of life that people who don’t “rate” — who are shyer, less assertive, or less influential than others are considered less worthy of regard and fair treatment — both among children and adults. If he or she is withdrawn, less popular, and not “in”, I will gain nothing from his or her friendship — so why should I bother? (Hmm… Now why do you suppose he’s withdrawn in the first place?) To such people, to those who are left out, lonely, depressed, and oppressed, G-d has a message: “I am personally coming to your aid.” “For thus says the lofty and exalted One… I dwell on high… yet I am with the oppressed and lowly of spirit” (Isaiah 57:15). I have a warm recollection from my days in yeshiva (rabbinical college), where one of the most popular guys took pains to befriend one of the quietest — and make him part of the group. (And incidentally, rather than interfering with his own popularity, it enhanced it.) In Judaism we are blessed with a G-d not only of infinite power and justice, but of infinite warmth, compassion, and concern for great and small alike. May we all learn to follow in His wise and compassionate ways.