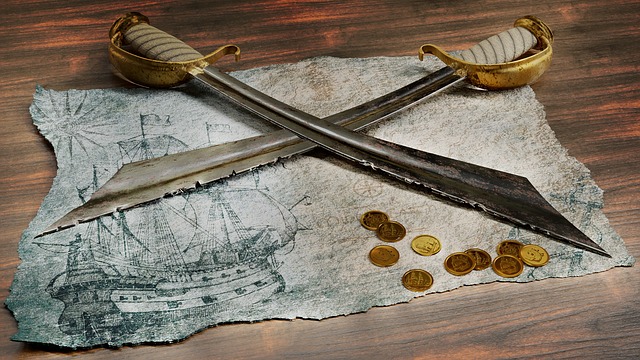 In the previous two classes, we discussed the concept of pestilence and the justice behind such a punishment — how it can be that G-d sometimes appears to judge in broad strokes, sweeping away the innocent together with the guilty. As several readers pointed out, the approach I presented was far from satisfactory in truly explaining the many tragedies man has faced throughout history — neither on an intellectual nor an emotional level. First of all, I’ll be the first to admit my own inability to fully explain or to come to terms with G-d’s mysterious ways. This is one of many issues in life in which we will simply have to submit to G-d’s inscrutable will and move on (as we are about to do below). Those of you, however, who are interested in reading further about such issues are directed to our discussion on Chapter 4, Mishna 19.

Anyway, moving along, the next punishment listed is “sword” i.e. war. This results in part from failure to judge properly, whether through the perversion or delay of justice. (In Judaism death row is very short: in almost all cases the execution must be carried out the day the sentence is delivered. Anything else is considered excessively cruel. The situation we are familiar with today — middle-aged, often quite repentant, murderers being put to death for acts they committed in early adulthood — would never occur.)

“Sword” also results from those who teach Torah without concern for truth — who study it more for intellectual stimulation than to know G-d’s word. Thus, we may generalize, the misrepresentation of the truth and justice of the Torah results in war. Why war? What is the correlation?

The entire epic drama of mankind may be described as a struggle — namely, the battle between the two brothers, Jacob and Esau. Esau was described in the Torah as a hunter and man of the field (Genesis 25:27). Isaac blessed him that he would “live by the sword” (ibid., 27:40) — through battle and conquest. Jacob, however, was a “plain man,” straight, honest, dwelling in the tents of Torah study (25:27). As brothers often are, they were about as opposite as two people can be.

Their natural strengths developed into opposing world views. Esau represents war and physical conquest. Might makes right. The strong, the powerful, the best armed shall conquer and rule. According to the Sages, he was the progenitor of the mighty Roman Empire — and symbolically at least, of every future empire whose authority would rest upon its superior strength.

Jacob, however, represents the superiority of the spirit, the soul over the body. The potential and greatness of man lies not in his muscles and passions — in his ability to imitate the animal kingdom, but in his soul: his ability to reason and to act rationally and compassionately. Our souls are capable of great acts of wisdom, kindness and sensitivity — and of bettering the world for our fellow man. Most importantly, our souls afford us the opportunity to transcend the finite, the transient world of the drab and commonplace, and develop a relationship with G-d Himself.

It is “obvious” to us that Jacob was right. Only he understood the true nature of humanity and meaning of life. But man has yet to decide whose philosophy it truly subscribes to. Who should lead? Who should determine the fate of mankind? The wise, the just, the compassionate? Or the strong, the macho, the aggressive, the charismatic? What have been the traits of most of the leaders the world has seen? Were they people of superior compassion and morality, or superior ambition and ego? And do we accept the wisdom of Jacob on the personal level? The abusive boss, spouse or parent — all those whom use physical or psychological intimidation to dominate and impose their will upon others — are too following the path of Esau and living the false reality he represents.

Possibly, if we were to sum up the mission of the Jewish people in a single statement (I’m sometimes stupid enough to attempt this — and every time I write a different mission) ;-), it would be to deliver the message of Jacob to the world. By living ethical and spiritual lives, by developing ourselves into thinking, caring and compassionate people, we demonstrate to the world the divinity of the human soul. Through our teachings and personal example — by living and teaching the commandments of the Torah — we show the world that humanity is more than physical flesh and material ambition. We are people of spirit — possessing souls capable of deeds and accomplishments which truly make us eternal.

As we know from the story of the brothers, Jacob, the man of truth, (at the prompting of his good Jewish mother) “stole” the firstborn blessings of his brother Esau. In this he was more than justified. As my teacher R. Yochanan Zweig explained, Jacob realized Esau was unworthy. Jacob meanwhile demonstrated to his father that he could and would assume both of their roles: he would possess the voice (prayer) of Jacob yet the hands (physical might) of Esau (27:22). He spoke to his father in a gentle manner — nearly giving himself away — so his father would realize that a son possessing both good qualities combined stood before him — and Isaac willingly blessed that son (see 27:33 and Rashi to v. 21). Jacob would be both Torah scholar and battler for Torah — in part because Esau refused to assume the latter role properly. And Isaac in turn blessed him that he would be the master of the brothers.

However, the blessings came to Jacob through trickery, and for this Esau cried out (v. 38). And the Sages tell us that the cry was heard. It — as all tearful prayers — reached the Heavens (see Midrash Tanchuma there). Esau may have been wicked and undeserving, but he had been deceived.

So Isaac blessed Esau as well — that though Jacob would now be superior, it would be conditional: he would hold sway only so long as he fulfills his mission to humankind. When the voice of Jacob is one of Torah — the honest, candid, and genuine expression of Torah and its judgments — rather than twisted intellectualism in conformance with passing social trends — then Jacob will be the master of the brothers. If, however, Jacob does not accept the burden of Torah, the hands of Esau will rebel and challenge, and the sword will rule.

This, at last, is the idea of the “sword” of our mishna. And this is quite simply because two such opposing worldviews cannot exist and flourish simultaneously. If Israel abandons sincere Torah study and judgment, but rather man lives for conquest, passion, and development of the physical, the story of humanity degenerates into one of fascism and survival of the fittest. If, however, man transcends the finite and devotes himself to his soul, there is no limit to what he can achieve.

I’m hesitant to devote yet another class to the same mishna — though this mishna — as many others — deserves many, many classes. I’ll therefore sum up the final two punishments in a paragraph apiece (not exactly short ones, but trying my best).

“Wild beasts come to the world for false oaths and the desecration of G-d’s Name.” The two sins mentioned cheapen G-d in the eyes of man. Someone who swears falsely, uttering G-d’s Name in vain, in effect states that G-d is not sacred to him — or even worse, that G-d does not pay attention to his words. Desecrating G-d’s Name means sinning in such a way as to lessen the world’s appreciation of G-d and His Torah. Both sins result in “chillul Hashem” — desecration of the Name of G-d. “Chillul” is related to the word “challal” — hollow or vacuum (also the modern Hebrew word for outer space). By lessening man’s recognition of G-d, a vacuum, so to speak, is created in the world — the void created by the departure of the Divine Presence. R. Yochanan Zweig explained that just as in the physical world desolation attract wild animals, so too the desolation caused by the lack of G-d’s Presence in man’s cognizance — equally real if less palpable — causes the same effect.

“Exile comes to the world for idolatry, adultery, murder, and the working of the earth on the Sabbatical year.” The first three sins listed are considered cardinal sins. One must sacrifice his or her life rather than transgress any one of these. If Jews sin to the extent of transgressing Judaism’s most fundamental laws, they lose the special connection they have to the Land of Israel. On the seventh year we are obligated to let the fields of the Land of Israel lie fallow. If we fail to do so, the Torah punishes us with exile. This is the ultimate corrective measure, as the Torah attests: “…then the land will rest and appease [G-d] for its [missed] sabbaticals. All the days of its desolation it will rest — that which it had not rested during your Sabbaths in your dwelling upon it” (Leviticus 26:35-6).