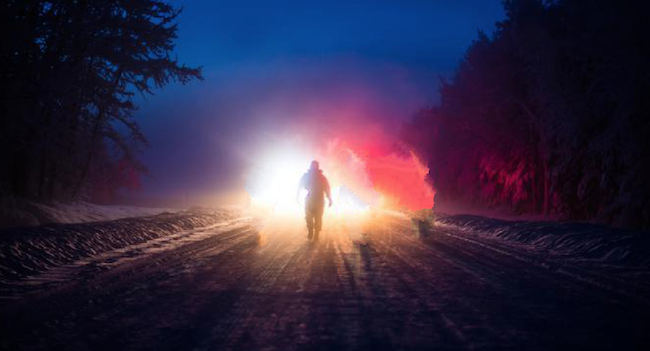 This week’s mishna lists G-d’s five special possessions in this world. Of course, in a way the entire universe is G-d’s handiwork and “belongs” to Him. However, these five objects have some kind of special status in the scheme of things; they are G-d’s in a way which cannot be said of most of creation. What does this mean?

Perhaps the most curious example in our mishna is Abraham. What does it mean for a person to be the possession of G-d? Righteous individuals are sometimes called servants of G-d — or even “chariots” of G-d (see Rashi to Genesis 17:22), but to be G-d’s possession seems to be something entirely new — and something unique to Abraham. How does one become a possession of G-d? Further, how do we find this to be a quality of Abraham more than any other great historical figure?

I believe an important clue can be found in the verse our mishna applies to Abraham. Let us examine this verse in context. Genesis 14 describes some of the fierce battles fought in the ancient world. Four mighty kings enter the land of Israel to quell a rebellion of five insubordinate kings. Along the way, they decimate a number of the surrounding nations. They then put down the rebellion and take Abraham’s nephew Lot captive. A survivor of the battle informs Abraham of the happenings. Abraham immediately girds his few hundred men for battle (according to one opinion in the Talmud his trusted servant Eliezer alone accompanies him (Nedarim 32a)), and attacks and overcomes the armies.

On Abraham’s return from battle, Malki’tsedek the priest-king of Shalem (later Jerusalem) offers bread and wine and blesses Abraham “to the most high G-d, the possessor of heaven and earth.” Although the verse refers to G-d as the possessor of heaven and earth — not Abraham, apparently since this is the manner in which Malki’tsedek blesses Abraham, the implication is that G-d relates to Abraham in that same manner as well. Why did Abraham receive such an unusual blessing — being compared to the very components of the universe — and how did this relate to the story which preceded it?

To explain, we must first understand the true significance of the battles described. The truth is, the amount of space the Torah devotes to the battles should strike us. The Torah here lists the names of the kings engaged in the struggle, the number of years of the rebellion, and each nation the four kings conquer along the way. Why is such detail necessary? The Torah rarely provides us with very much historical context within which our forefathers lived. Perhaps a few details are necessary here to provide the background for Abraham’s bravery. But why the blow-by-blow description of military conquests — ones which would seem to have little relevance to the story of Abraham’s life?

In truth, there is something even more problematic with the battle summaries of Genesis 14. The Torah never plays the role of a history book. It tells us next to nothing of the great civilizations of the days of our forefathers. We know little of the societies our forefathers found themselves in, and less further of the military ventures of those times. In the scheme of history, kingdoms rise, flourish and crumble like the passing seasons. The Torah takes little note of them. The great struggles and conquests of the ancient world, as significant and devastating as they must have seemed at the time, made precious little difference to the future of mankind — and virtually no difference at all as compared to the wisdom and teachings of Abraham, which have survived and continue to thrive till this very day.

Further, even in outlining the lives of our forefathers, the Book of Genesis leaves much unsaid. Vast spans of their lives are uncharted. We hear virtually nothing of Abraham until he is in his seventies. His discovery of G-d early in his life, his willingness to sacrifice his life for his beliefs, and his subsequent miraculous deliverance from a fiery furnace: all of these are barely hinted to in the Torah. (One almost gets the impression Abraham is chosen by G-d for no particular reason.) We are left with only a few incidents from the lives of our forefathers — pivotal ones, but isolated ones — and not always particularly favorable ones either.

We must therefore ask: What were G-d’s criteria for what was and was not included in the Book of Genesis? Or more fundamentally, what was G-d’s intention in giving us the Book of Genesis altogether? It was certainly not to provide us with historical information, and it was not even to provide biographical sketches of the great men of Israel. If so, what was the Torah’s purpose?

The answer is that the Book of Genesis is concerned with one thing only: the birth and development of the Jewish nation. What were the qualities our forefathers cultivated within themselves, and how did they contribute to Israel’s national character? What were the incidents which shaped their lives, through which they realized their potentials and eternally altered the nature of their descendants?

We are thus told of the particular challenges each of our forefathers faced, how they interacted with the world around them, and how their lives foreshadowed Israel’s later challenges throughout its history. The Torah was thus certainly not attempting to provide us with inspiring legend and gee-whiz stories of how great our forefathers were. It was not trying to invent some kind of cult of hero-worship. We know how careful Judaism is not to deify its very-human greats. But it is telling us who Israel is — who we are — and what divine traits we must develop within ourselves and personify for all mankind to see.

Well, we’ve digressed pretty badly this week — although our digressions are usually worth our while. Before leaving the rest for the sequel, let me quickly begin to relate back to our theme. Knowing that the Torah is not concerned with history, we must see the cataclysmic battle of the four kings in its true light: as a battle against Abraham and all he stood for. We will then begin to appreciate the significance of Abraham’s self-sacrifice for the sake of G-d’s name and how that earned him the title of G-d’s “possession”. Tune in, G-d willing, for the next installment. And meanwhile, an easy but meaningful Yom Kippur all!