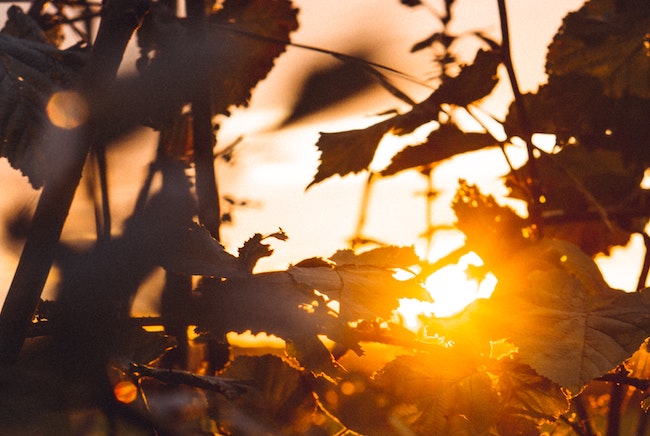 Briefly summarizing the past two classes, we began to discuss the lofty stature of man (‘man’ meaning Adam and Eve as a single entity) before the Sin — how man was an entirely spiritual being with no inherent desire for evil. The evil inclination was an external force, embodied in the Serpent. When man sinned and ate of the Tree of Knowledge, he attained the intimate knowledge of and desire for evil, and evil became an inherent part of his nature.

We then asked that if man was at first entirely spiritual, how could he have been tempted to sin? Where does temptation come from if not the evil inclination — which man did not possess? How could an entirely spiritual being desire anything other than spirituality and closeness to G-d?

To this we explained that man sinned in order to make life more challenging. Before the Sin, man had only a single mitzvah (commandment) — not to partake of the fruit of the Tree. There was, it seemed, very little for him to accomplish. Now, as a physical being desiring evil, life would be so much more challenging. There would be so much more potential for growth in store for man. Eventually mankind would require the rigorous and demanding 613 Commandments to curb the animal within and redirect him G-dward. Thus, man — spiritual man — desired the greater challenge that would now be in store for mankind.

This, however, still does not suffice. Why would man desire a greater challenge? So that he would have more opportunities for spiritual growth? But isn’t he basically just backing up in order to reach the same goal? The ultimate goal of life — self-evident to the spiritual person — is closeness to G-d. If man was created close to G-d, why not stay there — perform his single mitzvah and perfect himself? What was so enticing about making life more difficult?

We are at last reaching the crux of our issue. Why did man want more challenge? The Serpent tempted man by saying the fruit of the Tree would make them “as gods knowing good and evil” (Genesis 3:5). What is so “godlike” about knowing evil? The answer is that this is the ultimate spiritual drive within a human being — to sense his existence. Let us explain.

The deepest, most profound desire a human soul has is to feel it exists — to feel it is not just a passive entity, acted upon and taken care of by others. A person needs to feel he is an independent being — what the Serpent called a “god” (and our mishna calls a “king”) — who can accomplish, grow and make a difference in the world. There is nothing more painful — spiritually painful — than feeling that one’s life makes no difference to anyone or anything, that he exists only as a person acted upon by others or by natural forces, and that he has done nothing to express his own existence.

This feeling plagues a being — one who allows himself to think about it — and torments to the core. Ultimately, it is the feeling of nonexistence. Life itself — just being alive — does not give one a sense of true existence: this was merely handed to him by G-d and his parents. And further, if I only follow the script — live and function exactly as my body was programmed — I have never done anything — and my soul is ultimately doomed — as my body — to perish and fade away. And in a very real sense, I do not exist.

This was man’s dilemma in the Garden of Eden. Man at first, lofty as he was, was an almost entirely passive, “created” being. He was given existence by G-d. He was placed in the Garden of Eden with all his wants and needs satisfied and with only a single mitzvah to perform. Man wanted to feel he truly existed — that he was not just a plaything of the Almighty. He wanted to be a god himself. How could he do it? By forcing upon himself greater challenges. Adam and Eve would no longer be passive beings, practically created in G-d’s presence. They would now have to earn it. Spirituality would come only through the greatest of efforts — their efforts. It would be the challenge they would have to face to achieve their purpose — and in order to exist.

This was the challenge that man — spiritual man — craved. The Serpent knew the tactic to take. You will become gods yourselves. You will know evil and will therefore have to rise as never before to overcome it. You will no longer be passive, dependent entities; you will be independent, “active”. And you had better be active. For if you do not actively and vigorously pursue your new-found goals, you will quickly perish.

Man fell dramatically by heeding the advice of the Serpent. He lost his close connection to G-d and became a confused, physical, mixture of good and evil. Man would no longer clearly know what good is, let alone follow it. But in a sad and tragic way, he “existed” more than ever before. It would take many millennia — of struggle, disappointment, destruction, and tragic failure — until man would at last justify his new-found existence. (Based on thoughts heard from R. Yochanan Zweig.)

Let us at last return to our original discussion. As we explained in the previous classes, there are two levels on which we are challenged as human beings. The lower level — physical versus spiritual — though a lifelong challenge for nearly all of us, is not the true message of Judaism. As we saw, not only does the Torah not preach or idealize physical deprivation, but further, the truly spiritual person — the scholar of Mishna 4 — can easily overcome his physical limitations.

The real and true challenge of mankind is something much loftier — quite literally not to partake of the forbidden fruit. We want to feel we are autonomous, independent beings who have our own wills and justify our own existences. Ideally we will do this through accomplishment and positively impacting upon the world around us. However, there is a much easier and more alluring way about it: not listening to others, being obstinate and independent-minded, and taking control of our own fates. We sense (or imagine) our independence through bursts of adolescent chutzpah — by refusing to be told what to do.

Thus enters our mishna: Do not seek honor or desire the “table of kings.” It seems such simple, run-of-the-mill advice. Of course we know that honor-seeking is bad. But the true message is so much deeper. “Do not seek greatness for yourself.” Your spiritual drives should not be to feel your own sense of importance. Do not pursue spirituality in order to feel you are king: “Do not desire the table of kings.” The concern is not for a table of fine royal food — we are talking about spiritual people — but prestige: wanting to feel the power and independence of kings. Rather, “Do more than you have studied.” Study in order to accomplish. Sense your independence by impacting on the world around you. Translate your knowledge and independence into good deeds.

The true depth of our mishna is only now beginning to be revealed. There is of course so much more (we’ve only been going three classes), but we will conclude with our mishna’s final point: Know that your Employer will reward you for your efforts. Never think you are passing up the allure of the forbidden fruit by submitting yourself before G-d. We may feel less independent today, but the true reward will come. Ultimately, our reward — for willingly choosing to submit ourselves before our Creator — will be infinite and eternal, and in the truest and most eternal sense, we will exist.