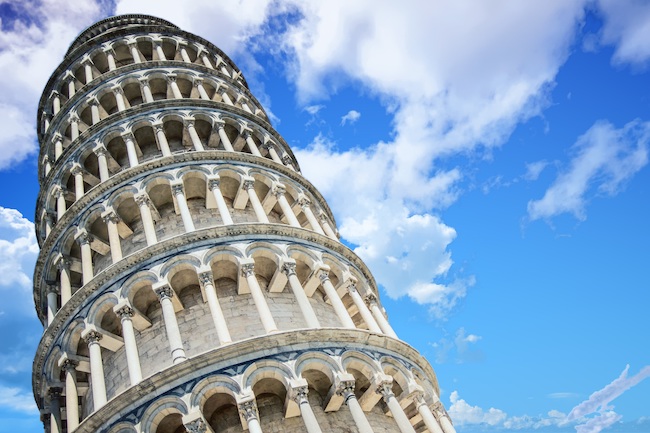 This week’s quality continues the theme of last week. Last week we learned that the Torah scholar “bears the yoke” with others. As we explained, he helps them not only spiritually, but physically, financially and emotionally as well — in any way they require. Human beings are inherently valuable and sacred, fashioned in the image of G-d. We help them not only in their spiritual needs and certainly not just in order to lure them towards better religious observance, but simply because as G-d’s creatures, that is their sacred due.

This week continues the same theme, discussing another way in which the scholar relates to and impacts upon mankind.

I looked at a number of English translations for this quality, and with only slight variation, they all translate that the scholar judges his fellow favorably. This is basically correct, but I believe does not convey the full import. Of course, English translations must limit themselves to single- or few-word definitions, and the perfect word does not always exist in English (and even a pretty good one often loses much of the subtlety of the Hebrew). The precise Hebrew word for judge is “dahn”. We learned earlier: “…judge (dahn) every person favorably” (1:6). The implication there was that after we see a person do a questionable act, we must judge him favorably and give him the benefit of the doubt.

Here, however, the word is “machria”, which literally means “cause [another] to bend.” The implication is more active, not merely to judge the person’s actions after the fact, but to cause him to incline towards a favorable position in the first place. Now this might just be a matter of perception. Perhaps I incline my fellow towards merit just by viewing him favorably — so that in my mind he is a righteous person. This, however, would then be identical to judging one’s fellow favorably — which as above must be the quality of all Jews, not only the Torah scholar.

Rather, I believe the implications here are far greater. I can actively bring my fellow to merit as well — by impacting positively upon him. But the meaning is not just that I push him towards merit or that I somehow impose better behavior upon him. It is much more subtle. I only cause him to “incline” towards merit. He does the inclining himself — for in fact, only he can truly make a lasting change in his ways. How is this done? How do I make another person “incline”?

This is also primarily a matter of perception, but it is more. If I view a person favorably — and I convey my trust and confidence in him that he can get there — then I cause him to incline towards goodness. If we see the best in others, if we recognize their potential and treat them accordingly, then we help bring that potential out. People usually live up to expectations. Have high expectations in them — I know you’re someone capable of goodness and improvement — and they will probably not disappoint. However, if we “profile” others — assuming they, because of their background, their outer appearance, or whatever else, will never amount to much — they will just as surely live up to that as well.

We learned earlier that Aaron, (high priest of the nation, elder brother to Moses) was one who “loved peace, pursued peace, loved people, and brought them closer to Torah” (1:12). His behavior perhaps best illustrates how the Torah scholar can cause his fellow to “incline” towards merit. The Sages (Avos d’Rav Nosson 12:3) illustrate Aaron’s qualities with a number of stories. One was that when Aaron would notice someone acting improperly, he would not walk over and rebuke him. Rather, he would later befriend the fellow, pretending not to be aware of his faults. The person would then become embarrassed: “How could I act this way? What would my friend Aaron do if he knew I did this behind his back?” Eventually, the person would come around and repent his evil ways, rather than betraying the trust and friendship of his distinguished new friend.

R. Simcha Wasserman, of America and Israel, was one of the great rabbis and educators of the past generation. He and his wife were once staying at an “out-of-town” community for the Sabbath. An acquaintance, a Jew who knew and admired the rabbi but was not (yet) particularly observant, invited them to spend the Sabbath with his family. To the surprise of all, the Wassermans accepted the invitation. The hosts-to-be frantically made their entire kitchen kosher to the rabbi’s standards and somehow managed to prepare a proper Sabbath. Years later, the same Jew, who had since become fully observant, asked the rabbi: How could he? To be sure, after herculean efforts everything he served was 100% kosher (just barely), but why in the world would the rabbi have taken such a chance as accepting such an invitation? (We are more familiar with rabbis who (perhaps understandably) maintain a blanket policy never to eat out — so as not to find themselves in awkward situations.)

R. Wasserman’s answer was simple, almost too simple: “I considered you a friend. I knew you would not let me down.” Have high expectations for others, trust in their innate goodness — and they will not let you down.