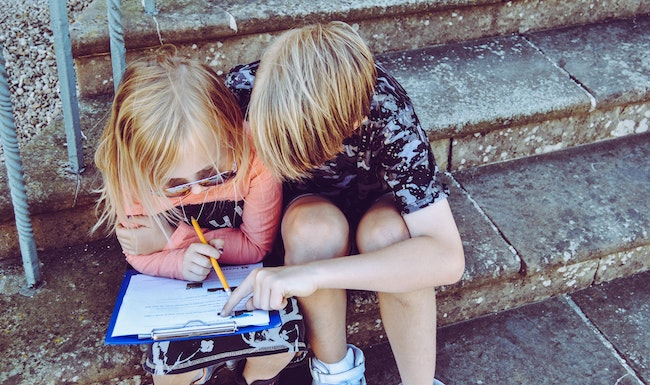 This week’s quality means that the scholar helps others in their struggles and challenges throughout life. This does not just imply that he helps them religiously — advising and instructing them about Judaism. The expression our mishna uses — bearing the “yoke” (“oal” in Hebrew) — has a very physical connotation. The scholar feels a responsibility to help others in all their needs — physical, financial and emotional. Every individual is created in G-d’s image, and all of his or her needs are important and deserving of attention.

Further, the scholar does not hide behind his religiousness to disassociate himself from others and their problems. He is not aloof from others — or “too busy learning” to have time for them. The Talmud writes that great is Torah study for it leads to deeds (Kiddushin 40b). If we study — even fall in love with study — but to the degree that we have no time for anyone else, we have not truly learned the lesson of the Torah. Our Torah study has instead turned into a closed and self-centered activity. Torah study may at times be a highly personal experience and may involve much introspection, but it must draw a person out as well, causing him to love and be concerned with all of humanity. We must not study solely for ourselves — and certainly not as an excuse for ignoring our fellows. Our understanding of Torah must obligate us towards others, and if we truly hear the Torah’s message we will ever be drawn closer to man.

This is actually a key point. Man’s “Evil Inclination” often disguises itself in respectable garb — in fact as his “Good Inclination.” This, explain many Jewish philosophers, is one of its most dangerous guises. It often tempts us to act in ways actually quite far from Judaism’s ideals but under the guise of holy and righteous — nay, overly-righteous — behavior. Thus, my Evil Inclination will not “waste its time” telling me, Dovid Rosenfeld, to eat pork. I’ve never come closer than imitation bacon bits (for what it’s worth) and have no burning desire to find out what a cheeseburger tastes like. However, not to help my wife because I must study Torah? Hey, that’s a good one! Why, of course! I’m too sacred to do the dishes! And the Evil Inclination will have discovered some rather fertile ground. (You’ll have to ask my wife how successful that’s been over the years…) 😉

Perhaps the one who best personifies this positive quality is our forefather Abraham. If we look at Abraham’s list of accomplishments, the most impressive would have to be that he discovered G-d. He grew up among idolatrous heathens. With no outside help or prodding, he personally sought out G-d, discovered Him, and developed a relationship with Him. And once Abraham recognized G-d, G-d in turn revealed Himself to Abraham. This was because Abraham was “ready” for such an encounter. He had already sensed and felt G-d’s existence. An open communication was only the furthering of an experience Abraham had already begun within himself.

For most of us, however, G-d’s presence would be far more than we could handle. We might believe in G-d in an abstract and intellectual sense, but we do not live with Him as a reality. G-d is distant and removed from our lives and behavior, existing only on the level of the theological. If G-d were to appear before us, it would so shatter our reality and awareness that we would not be able to continue living as normal. Thus, communication with G-d is an impossibly rare experience, only for those for whom G-d is already an absolute, meaningful and intimate reality.

But we are beginning to veer from our subject (assuming we had one). So Abraham’s most impressive accomplishment would have to be his discovering G-d. Yet he was not really known for this — at least not in his lifetime. He was much more famous for something quite different — hospitality. He sat outside his tent waiting for travelers to come by in order to invite them in for a meal and rest. And when they did come, he waited on them hand and foot.

Now Abraham, with his profound and sublime knowledge of G- d, seemed to have nothing better to do with mankind than to water its camels and wash its feet. The Sages even tell us that Abraham excused himself from a Divine encounter in order to invite in some passers-by (see Talmud Shabbos 127a; the “passers-by” were actually the visiting angels of Genesis 15). Shouldn’t he have been spending his time doing something a little more religious — organizing religious revivals or Discovery seminars? (Gee, maybe he could have sat at his computer sending out deep and profound discourses on G-d and religion…) Yet Abraham and Sarah seemed to have nothing more lofty to do for mankind than to offer it a nice home-cooked meal.

Well, first of all, it’s not quite that simple. The Talmud tells us that after the meal, as the guests began to bless Abraham, he responded: “Do you think you ate from me? You ate from the L-rd of the world! Thank, praise and bless the One who spoke and brought the world into being” (Sotah 10b). Thus, Abraham used his hospitality as a means of teaching his guests about the source of all sustenance — the fact that just as food served by a host has an earlier source, so too all of physical existence has an eternal Source from which it derives.

But there’s a deeper message behind this. Abraham and Sarah did not just see others as objects — as people they had to act upon — lecturing to them, inspiring them about religion. The food was not just a tactic to lure them in for a lecture about G-d (though as the old saying goes, the stomach is a rather effective route to the heart). Their mission was much simpler — and much more profound: to help others for their own sakes. Give them whatever they need. It began with a meal. Food, lodging, hospitality, loving care — all of these are universal needs, for all mankind. Those Abraham and Sarah gave unconditionally.

But not everyone is ready for a discourse on religion, at least not at every stage of his life — and certainly not on an empty stomach. Abraham and Sarah wanted to help others in the truest, most profound sense — spiritually — but only if they were ready. Only if a person first turned to thank Abraham — if he recognized the need to express gratitude and to appreciate the source of good — would Abraham begin to open their eyes to the true Source of sustenance. Use the good meal — and our own good fortunes — to appreciate the G-d who provided it. But the person who was too unfeeling or exhausted to think about religion Abraham and Sarah left alone, gladly providing the open home and open hearts which he — as all of us — surely needed. (Based in part on thoughts heard from R. Yitzchak Berkovits of Jerusalem.)

(This actually reminds me of a number of years ago, when we had some Christian friends over for supper. I noticed that they spent a minute or so saying grace before the meal began — while Torah law requires that the primary grace be recited at the meal’s conclusion — when, as above, man is more attuned to turning himself Heavenwards. Anyway, interesting food for thought… (Sorry for the pun.) 😉 )

Thus, the true Torah personality will love and desire to help mankind. He will share others’ “yokes” simply because human beings are sacred and fashioned in the image of G-d, and not because he wants to instruct or lecture to them. For if I believe in G-d, I believe in man as well — in his inner sanctity, his innate beauty, and his potential for greatness. We want to help man — not to proselytize him and not even because G-d commanded us so. But simply because he is G-d’s handiwork — and the crown of G-d’s creation.