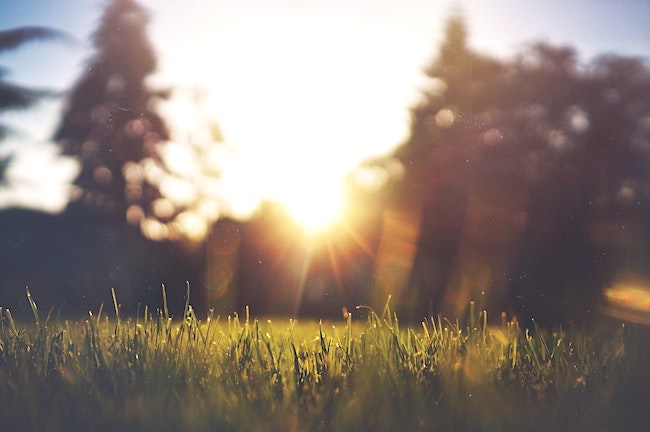 Binah: A Source of Feminine Insight

The following class further develops the theme of woman’s internal power, examined in our three previous installments (“Men and Women in Judaism: Understanding Our Purpose; Understanding Our Role”). This class explores a particular quality referred to in Hebrew as, “binah,” which can be considered one of the most important expressions of feminine power.

Binah can be defined as the ability to discern critical differences between situations or entities, which on the surface seem similar. The Torah establishes a connection between binah and the Jewish woman in Genesis 2:22:

“Then Hashem God built the side that He had taken from the man into a woman, and He brought her to the man” (Genesis 2:22).

To elaborate, the Hebrew verb for “built” in the above verse is, “v’yiven.” This verb is not common in the Genesis text, compared to the more frequent appearances of verbs such as, “formed,” “made,” or “created.” The verb “v’yiven” comes from the grammatical root “bin,” which means “between.” Our sages comment that the presence of the root “bin” in the story of woman’s creation suggests a feminine ability to read between the lines, so to speak. This ability is the source of the feminine attribute of “binah.”

The term binah, in its association with certain powers of discernment, appears in one of the blessings recited from the Jewish prayer book every morning. The blessing reads, “You [God] have given the rooster binah, [i.e. the ability] to distinguish between night and day.” The image of a rooster may seem a bit farfetched within the context of a daily prayer. Consider, nonetheless, how the rooster announces the onset of morning when it seems to still be night. The rooster knows a situation not for how it looks, but for what it truly is. This ability exemplifies binah.

The Biblical Matriarchs used the attribute of binah to create the Jewish people. Early in the Book of Genesis, we read about Sarah and Abraham, who have devoted their lives to spreading novel, monotheistic ideas to a world steeped in idol worship. The couple is childless and Sarah, who knows God has promised Abraham a son, encourages her husband to marry his maidservant Hagar and have a son with her. Hagar gives birth to a son, Ishmael. In the meantime, however, God allows Sarah to conceive and, at the age of 90, she gives birth to Isaac. There are thus two male children in Abraham’s household – Sarah’s son Isaac and Hagar’s son Ishmael.

The Torah tells us that Ishmael considers himself Abraham’s legitimate heir. This means that, in addition to the household’s wealth, Ishmael claims title to the spiritual legacy, established by Abraham that is to become Judaism. As the next patriarch, Ishmael would have been charged with continuing to spread the new monotheistic concept of Judaism. Sarah does not support Ishmael’s ambitions. She has great clarity in regard to his fundamental essence and can, thus, foresee that he will eventually turn to idol worship, murder and adultery. Sarah alone perceives that Ishmael must be removed from the household in order for this to happen. Only under these conditions will Isaac safely inherit the mantle of the fledgling Jewish Nation.

Abraham disagrees with Sarah’s assessment. He is reluctant to turn Ishmael out of the house, being that there is no tangible proof of the boy’s sinful character. Ishmael’s true nature is clear only to Sarah. At this juncture, the Torah tells us that God intercedes on Sarah’s behalf and commands Abraham to, “Listen to her voice in all that she tells you. It is through Isaac that you will gain posterity” (Genesis 21:12). In the end, owing to Sarah’s foresight, Isaac does become the next Patriarch and the second generation of Judaism is secured. (It is essential to note that Sarah’s decision to banish Ishmael was not the result of favoritism towards Isaac, her biological son. Rather, it is the preciseness of binah that enables Sarah to act decisively for the good of the Jewish Nation).

Isaac continues Abraham’s work and eventually marries Rebecca, the next great Matriarch who again decides the course of Judaism. She gives birth to twins, Jacob and Esau. (Unlike Sarah before her, Rebecca is the biological mother of both sons.) Jacob becomes a scholar, Esau a hunter. Although the boys are very different, Isaac and Rebecca intend for them to work as a team, towards the good of the Jewish people. In this regard, Jacob is supposed to oversee spiritual and intellectual growth, while Esau is charged with physical and material sustenance.

The Torah tells us that Isaac wants to give Esau a special blessing for material success. Rebecca, who is deeply in touch with the essential nature of Esau, can see clearly what he will become, despite his current superficial righteousness. It is apparent to Rebecca that Esau will eventually use his father’s blessing to undermine Jacob, who intends to carry on the work of Rebecca and Isaac. Rebecca is certain that Jacob alone should continue to build the Jewish nation and that Esau intends to undermine his pursuits.

Rebecca sees that Jacob must become spiritually and materially independent of his brother. To this end, she orders Jacob to disguise himself as Esau, in order to procure Isaac’s powerful blessing. The plan works, and the Torah tells us that when Isaac discovers what has happened – and why – he acknowledges the “binah” of his wife’s scheme (Genesis 27:33). Rebecca’s clarity averted the danger to the future development of the Jewish nation.

Jacob takes his place as the third Patriarch and marries two sisters, Rachel and Leah. The Torah tells us that Jacob, with his wives and children, lives and works for many difficult years in the house of his father-in-law, Laban. In spite of Laban’s dishonest treatment, Jacob remains upright throughout his employment. God ultimately commands Jacob to return with his wives and children to the land of Israel. At this turning point, Jacob asks his wives’ advice about whether to leave on good terms with Laban or whether to depart abruptly (Genesis 31:4). Rachel and Leah are aware that their father hopes to infect the young Jewish Nation with his pagan ways and they urge Jacob to sever all connection to Laban’s household, in spite of the fact he is their father (Genesis 31:14). Jacob heeds their advice and the family leaves under cover of darkness. Again, with the help of the matriarchs, the Jewish nation progresses to its next stage of development, within the land of Israel.

The Matriarchs – Sarah, Rebecca, Rachel and Leah – build the Jewish Nation from within. Each woman possesses the ability to see what is not obvious on the surface, and that is why there is a Jewish Nation today.

The trait of binah – the ability to analyze, distinguish and thereby know the spiritual validity of something – is, without exception, predicated on knowledge of Torah. The Torah explains to us God’s view of good and bad, pure and impure, finite and eternal, true and false – in other words, the value of all things we encounter. Then and now, Jewish women with a deep understanding of the spirit of Torah apply binah within these parameters to define and categorize a new experience or situation. The cultivation of Binah requires tremendous effort and involvement in Torah. Ultimately, female binah, guided by Torah is meant to function as a searchlight of truth and clarity. This aptitude is an inheritance of Jewish women and a gift to their families, community and society.