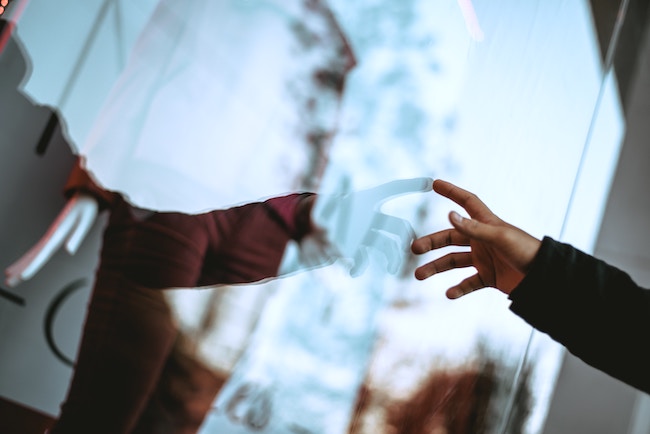 The Magic Touch Part I

A number of years ago I made my first trip to Israel and there I encountered my first Orthodox Jews. I was curious about their lifestyle and customs, so I decided to spend a few days in some classes and ask some questions.

In my second day of classes a fellow student asked me, “Have you ever been to an Orthodox wedding? There’s one tonight, and I can bring you if you want.” So there I found myself. The bride, like every other bride, was beautiful and radiant, but there was something different about this one. I commented to my self-appointed tour guide, and she replied, “It could be she looks pure and innocent, because she is. In observant Judaism people don’t have premarital physical relationships.” So I said, “I kind of assumed that in most old-fashioned religions, premarital sex is probably not sanctioned, right?” So then she said, “This couple has never hugged or kissed, they’ve never even touched.” And at that point my jaw dropped open and I spent the rest of the wedding staring at this woman thinking, what institution so successfully brainwashed you that you are willing to marry a man whom you have never even kissed? I was intrigued.

(Meanwhile…G-d has a great sense of humor, and a few years later, sure enough, I found myself standing under the chuppah, about to marry a man whom I, too, had never kissed, and we’ve been happily married ever since.)

But I did a lot of thinking about this issue and I basically arrived at my own understanding of what G-d may have had in mind, behind this very foreign practice of having no physical contact before you get married. So that’s what made me write my book, The Magic Touch. It’s only one perspective of course, and it is the basis of my following comments:

In the Creation story, our sages tell us that the first person was, in fact, not a man but really an androgynous human being comprised of male and female joined together. Then G-d came along and said this isn’t good, and separated the Being into male and female. This act implies that, on a very deep level, man and a woman were really conceived as one unified creature and that, now, in our separate state, we retain a deep longing to connect with each other. This longing underlies a tremendous amount of behavior in human relationships.

I meet a lot of people who want a genuine relationship, but society does not give them time to establish anything real before they’re expected to get physical. So they end up trying to satisfy themselves with something very superficial and transient, when their soul really craves something deeper. Probably most would agree that this experience can be particularly frustrating for women, since women need more fusion between emotional and physical. In my opinion, the result is that women are capable of greater self-deception in relationships – and they suffer the consequences. Often, when a woman becomes physically involved in a relationship, she begins to experience something of a bond with her partner, even at an unconscious level. And even if she’s been told the relationship is strictly casual, it’s likely a bond is happening anyway. In the wake of that bond, a few things begin to happen, which are not good for a relationship at this stage:

For starters, objectivity basically goes down the drain. One example – imagine yourself at a party, with two men opposite you – one whom you find attractive, the other not at all. You say something. Both respond intelligently. Who likely sounds more intelligent? They both make a joke. Who is likely to sound a bit more entertaining? We tend to want to read more positive qualities into somebody who also happens to be attractive to us. When you add touch to this equation, you’re a goner, as far as objectivity is concerned.

For example, a cousin of mine got married after living with her boyfriend for two years. Three months after the wedding she said, “I don’t know if my relationship is going to last.” I wondered what she could have possibly discovered that she had not seen before. Her answer left me speechless. (This is an intelligent woman, with a good job, Ivy League graduate, etc.) She replied, “I just don’t know if he’s intellectual enough for me.” She had missed something very basic about her husband, possibly because their physical involvement from early on had eclipsed her ability to see him objectively.

I sense a great deal of confusion today between love and something else that other people call love. A rabbi I know was addressing Hebrew University students in Jerusalem, who were mostly non-religious. He turned to a girl in the front row and said, “Tell me something. When a guy says to you, I love you, what kind of love does he mean?” She said, “If it’s romantic love it means he wants me. If it’s real love, it means he wants what’s good for me.”

I would like to suggest that women give themselves the opportunity to develop genuine love by not getting physically involved at first. What happens in my observation, in most relationships today, is that the physical side enters in fairly early and it drags in its wake feelings of connection and even love. This is particularly true for women. It might not be a feeling of commitment, like when you’re going to get married, but more that, because something of a connection has happened here, we’re going to at least stay together for a while. This assumption might unfortunately be based only on the positive sensation of skin against skin.

Gila Manolson is an internationally renowned author and lecturer. Her topics are Jewish modesty (tsniut), family purity (taharat ha mishpacha) and their potential for enhancing the life of the modern Jewish woman. Ms. Manolson’s books, The Magic Touch and Outside Inside.

This class was transcribed and edited from a cassette recording of Ms. Manolson’s lecture, presented at the Second Annual Jewish Women’s Conference, June 2000 in New York City. For a full listing of available recorded lectures from the Conference, please phone the Jewish Renaissance Center (1.888) CLASSES. On Fri, 1 Dec 2000 12:11:43 -0500,