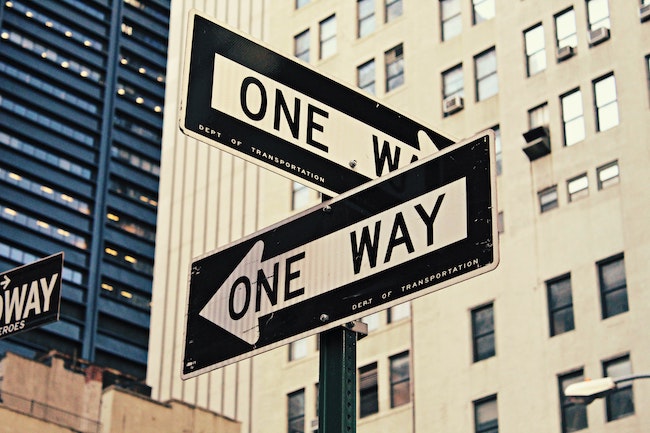 Part One of this class covered the Creation of Man and Woman, as it relates to internal power in women and external power in men. While contemporary society tends to value external over internal power, Judaism considers them equal, albeit different. The Jewish laws(halachot) that apply only to men or only to women are based upon the separate but equal status of these respective roles.

The positive commandments are where men and women have different obligations. For instance, women are not obligated to wear tefillin, pray three times a day or study Torah on a continual basis. (It is worth noting that “exempt” does not mean “forbidden.” A woman may choose to take on certain commandments to which she is not legally obliged.) One of the most common characteristics of some positive commandments is that they are highly structured in terms of time and place and must be performed on a regular basis at specific times of day. Judaism considers this framework necessary for a man’s spiritual growth, and for this reason men alone are obligated. On the other hand, women in Judaism are not bound by external structure, as a method for developing their unique spiritual gifts of nurture, insight and internal power. In fact, requirements of time and place are considered a threat to these gifts.

The exemptions which women enjoy in Jewish life – and “enjoy” is the word, rather than “suffer from” – have to do with a woman’s right as well as her innate ability to determine what she should be doing at any given moment. A woman’s path of spiritual growth in Judaism is not connected to the performance of regularly scheduled rituals, but rather is based on a combination of Torah education and instinct. Nevertheless, if a woman feels she wants to pray in a synagogue at regularly set times,according to Jewish law she should do so. Historically there have been women who were major scholars, Devorah being the most famous.

One of the most misunderstood aspects of the exemption of women from regular public prayer is the separation between men and women in the synagogue, as well as in places of study and socializing. An element of this separation relates to the traditional laws of Jewish modesty (tzniut). While modesty has a questionable reputation in twentieth century society, Judaism views it as a virtue and as an important aspect of a Jew’s relationship to G-d. As an aside, the only description of Moses in the entire Torah – we hear of what he did, but only once of who he was – is that Moses was the humblest of people. Humility doesn’t mean that Moshe was the kind of person who, like the star of a B-Western would say, “aw shucks, anyone could have gotten the Jews out of Egypt.” He knew very well who he was, but he didn’t view that as a reason to see others as less important.

The key to humility is modesty. Modesty has to do with not making an outward show of who you are, but rather with letting your internal self come out. Physical modesty and dress in the religious community, therefore, is meant to focus attention on the internal, spiritual beauty of a person, rather than on external appearance. People are often offended because it seems women in the religious community take responsibility for keeping men from focusing on external appearance. The reality is that Judaism believes in dual responsibility. The woman’s side has to do with how she presents herself; the man’s with how he responds. The Jewish laws concerning male behavior are very specific also. For instance, a man is not allowed to mentally dehumanize a woman by fantasizing about her. Obviously he could do so without anyone knowing, but he would be transgressing nonetheless.

People often ask why men in Judaism do not have the same modesty laws as women. In the real world, the fact is that percentage-wise, men exploit women more than women exploit men. This is a result of what was discussed in last week’s lecture, concerning the inherent external focus of men and internal focus of women. An example from today’s world would be the tremendous budgets that advertising agencies have for researching which types of ads appeal to men versus women. If you want to sell a man a car, add a beautiful young woman to the ad. Does it work? Ad agencies put thousands of dollars into campaigns of this sort, precisely because this approach works. They don’t do it to convey a moral message. They do it because it sells cars.

On the other hand, one of the most efficient ways to sell a product to women is to include a role model. The role model woman will differ according to the product. A computer ad in Ms. Magazine, for instance, will feature an important looking executive. The feminine message is, “I want to be her,” whereas the masculine car ad would provoke a man to feel, “I want to have her” – two completely different approaches, which reflect the different fundamental natures of men and women.

The Torah acknowledges these G-d given differences. They are the origin of the separate laws that Jewish men and women follow in their quest for spiritual growth.