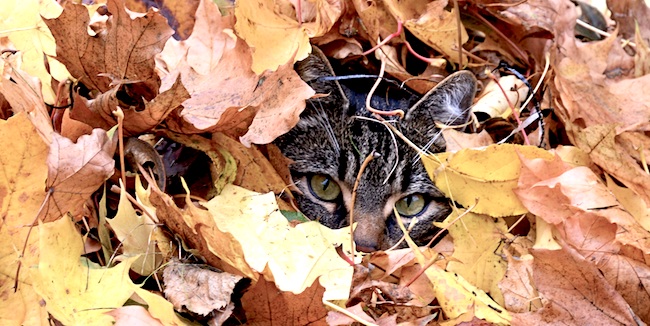 Today people sometimes seem willing to invite violations of their own privacy. The New York Times Magazine, for example, ran an article about the popularity of TV shows and Web-sites featuring regular people whose personal lives are exposed on screen. A TV show named “Big Brother,” features ten perfect strangers who move into a house together, and live under constant surveillance. These days, if you want privacy you’re likely to be considered a little weird. How did we come to a point where people so devalue their privacy, that they would invite public broadcasts of their personal lives on TV and on the Internet? How does this encouragement of public display impact today’s woman?

The front cover of Harper’s Bazaar recently featured an immodestly exposed woman. A lot of female readers wrote to object– and many cancelled their subscriptions. How did the editors respond? They sought to justify their public display, by responding, “Here at Harper’s Bazaar we believe that women should be comfortable with their bodies…” Why is ‘comfort with one’s body’ automatically equated with exposing oneself?

A common misperception about modesty is that it is old fashioned – even Victorian. In reality, modesty can be a way of protecting your inner life, that which is the real you, that which is part of your soul. This is the Jewish perspective on modesty, which as a way of life, empowers the woman with tools that help her enjoy the physical realm without defining herself by it. While Jewish modesty is ancient and time-tested, it can seem radical and even avant-garde when practiced by the modern woman who, in spite of the tide of popular culture that devalues modesty, uses modesty as a tool to develop her self-esteem.

Webster’s New Collegiate Dictionary defines modesty as: 1)freedom from conceit or vanity and 2)propriety in dress, speech or conduct. In much the same way, Judaism tells us that whatever is precious should be hidden away and kept separate, that it should not be open to just anybody, and that it requires respect. The care and handling of the Torah, Judaism’s most precious possession, is the best example of how that which is special is kept private. In a synagogue, the Torah is kept behind multiple coverings and is taken out not as a display, but in order to be read and to impart the deepest wisdom. In much the same way, the Jewish approach to modesty protects that which is unique in each person. For the Jewish woman, modesty is a gift and a validation of her own ability to assess what she wants to share about herself – and when.

While we all have an innate appreciation for modesty, contemporary values do not always support this instinct. Contemporary culture seeks to convince us that we should engage in public displays of our bodies, our accomplishments and even our private lives. We are encouraged to broadcast without discrimination these aspects of ourselves in order to gain approval from society at large. In doing so, we risk losing our ability to evaluate, possess and, indeed, guard the boundaries that protect what is vulnerable in each of us. In a word, we are asked by society to turn over our privacy – to have ourselves scrutinized according to standards of conduct that may cause us discomfort, embarrassment or shame. On the one hand, in order to conform to these standards, we are tempted to pretend it does not bother us to give up our privacy. On the other hand, women especially seem to be harboring a great deal of pain stemming from the devaluation of their privacy. A woman may meet with resistance from society, a boyfriend or colleagues, should she decide to follow a more modest course in matters of dress and intimacy, or in terms of her desire to keep a low profile when it comes to her professional accomplishments.

HOW DID IT COME TO PASS THAT MODESTY – SOMETHING THE WORLD HAS HISTORICALLY VALUED AS A VIRTUE FOR BOTH MEN AND WOMEN– HAS BEEN TRANSFORMED INTO A HANGUP?

WE ARE INTERESTED IN HEARING YOUR RESPONSES. PLEASE JOIN OUR DISCUSSION, BY EMAILING [email protected]

The above essay was inspired in part by a lecture by Ms. Wendy Shalit, at the Third International Jewish Women’s Conference in New York City May 21, 2000. The Conference is an annual event sponsored by the Jewish Renaissance Center and it’s affiliate organization, ASHIR. Wendy Shalit is the author of, A Return to Modesty: Discovering the Lost Virtue.