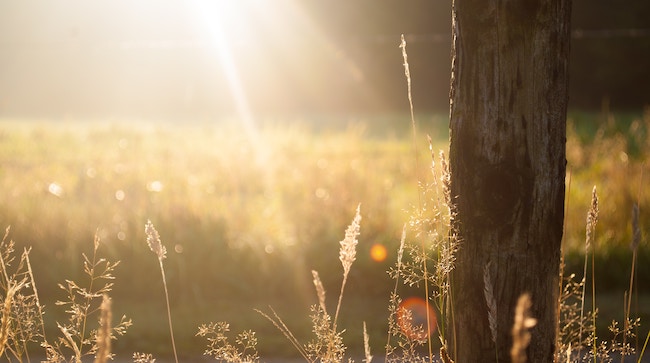 The Prophetess Hulda: Her Message of Hope Part I

Of the seven prophetesses (Sarah, Chana, Dvorah, Miriam, Esther, Avigail and Hulda) whose words the Talmud tells us are recorded for all generations, Hulda is perhaps the least known. II Kings, 22:14 briefly describes Hulda as, “…the prophetess, the wife of Shallum son of Tikvah son of Harhas, the keeper of the (royal) garments, who dwelled in Jerusalem, in the study house…” Hulda lived during the era of the First Temple and was sole prophetess for the women. Our sages tell us that at this time, “Jeremiah prophesied in the marketplace, Tzephaniah in the houses of worship and Hulda to the women.” In spite of this limited biographical information we can surmise that, as a prophetess, Hulda was a woman of great faith, moral character and broad Torah knowledge. These are among the qualifications for receiving prophecy, as outlined by the great commentator Rambam.

Hulda’s place of prophecy was in Jerusalem, between the Temple’s two southern – and busiest – gates. When the Temple was rebuilt, these gates were named after Hulda, to commemorate her importance for all generations. Excavations on the Second Temple site revealed that the “Gates of Hulda” were built directly on top of those where she originally sat. Like her namesake, the weasel, who digs an intricate system of tunnels linking an entire community, Hulda linked the despair of the First Temple’s final days to the hopeful new generation of the Second Temple.

Kings II tells us that King Yoshiayhu turns to Hulda for advice when the High Priest (Kohen Gadol) sends him a Torah scroll discovered inside the Temple. (In the opinion of the commentator, Abarbanel, this scroll was none other than that written by Moshe). The scroll is not turned to its appropriate place, but rather to the text of curses in Deuteronomy 28:36, which describes G-d leading Israel and its king into exile. Yoshiayhu sends the High Priest and other ministers to consult with Hulda about this seemingly ominous omen (Kings II, 22:14).

Why does the king consult Hulda, the women’s prophet, rather than bringing his question to the men’s prophets, Jeremiah (Hulda’s cousin) or Tzephaniah? The Talmud answers that Jeremiah, as Huldah’s cousin, does not consider her prophesying to the king an affront to his own prophetic status (Megillah 14b). Another opinion tells us at great length that Jeremiah was abroad pulling together the ten Jewish Tribes, when the king needed a prophet. Regardless, why did the king not turn to Tzephanah in Jeremiah’s absence? And if Jeremiah was in fact in town, why not to Jeremiah? According to the tenets of prophecy, a prophet is compelled to report God’s message word-for-word. In this sense, Yoshiayhu would have received the same answer to his inquiry from any prophet – man or woman. The prophet is, however, at liberty to alter the tone of his or her message, thereby imparting additional, if unspoken, information. And in this area of the subtext tonality and nuance can convey, Hulda becomes Yoshiayhu’s choice.

Simply stated, the Talmud (Megillah 14b) tells us that “women are more compassionate than men,” and this is the quality king Yoshiyahu sought from Hulda.

Hulda’s compassion – inherent to her nature as a Jewish woman – is what Yoshiayhu’s needs at this dark hour, when the fate of the Jewish Nation is at stake. As stated, Hulda is compelled to relay Hashem’s message word-for-word. Thus, she confirms the king’s fear that his country is in trouble, by predicting the Temple’s destruction and the exile of the Jewish people:

“…Thus said Hashem: Behold, I am bringing evil upon this place and its inhabitants…because they have forsaken Me and burned offerings to the gods of others. My wrath has been incited against this place and it will not be extinguished…”

In spite of its dismal angle, Hulda’s prophecy also includes a comfort for king Yoshiyahu:

“…because your heart is soft and you humbled yourself before Hashem when you heard that which I have spoken about this place and its inhabitants, that they would become a desolation and a curse…you will be gathered to your grave in peace – and your eyes will not see all the evil that I am bringing upon this place” (Kings II, 22: 19-20).

Hulda’s tone of mercy is what differentiates her delivery of Hashem’s message from those Yoshiayhu might have received from the men. Hulda prophecies contain a feminine tone of nurturing, sensitivity and compassion. These are the qualities behind the Talmudic citation that, “women are more compassionate than men.” Hulda gives the king the encouragement and hope he needs in order to eradicate idolatry from the Temple. Her prophecy inspires the king, and perhaps the entire Jewish Nation to repent. Her memory and the significance of her presence are ultimately memorialized in the “Gates of Hulda” seventy years later, with the rebuilding of the Second Temple.

Hulda speaks to Yoshiayhu with the compassion that is the heritage of every Jewish woman. On a more specific, personal note, the events of Hulda’s life and the details of her ancestry reinforce her connection to the qualities of mercy and hope that are part and parcel of her feminine voice. Next week’s class will explore this area of her gift, and its relevance for Jewish women of all eras.