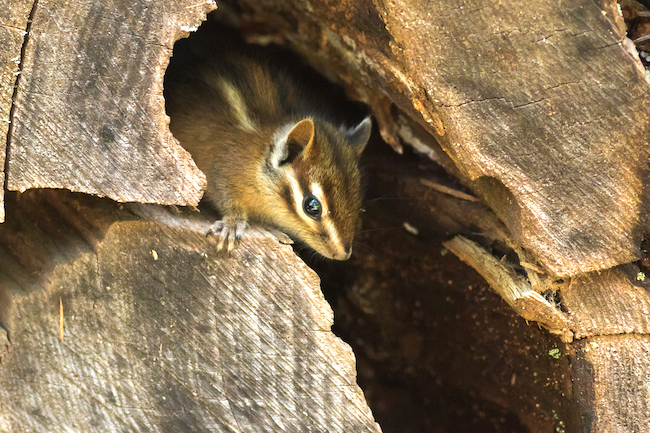 Our last class examined Queen Esther’s double life – as a Persian queen and as redeemer of the Jewish people. Her ability to hide her personal background – while secretly remaining Torah observant in the palace – contributed to her success. “Hiding” is a recurring and important theme in Esther’s story. In her day G-d was hiding, so to speak, and Esther with Mordechai helped the Jews re-connect to and reveal His presence in the midst of exile. The Megillah, which recounts Esther’s story, was written in order to give future Jewish generations the strength and guidelines to cope with the darkness of exile. This class explores various aspects of “hiding,” as a tool Esther inherits from her ancestors and as legacy we have inherited from her for today.

Esther and the Hidden Divine

As mentioned in our previous class, the Hebrew name Esther means, “to hide.” Our sages tell us that the Torah verse, “And I will surely hide my face on that day (Deuteronomy 31:18),” alludes to Esther. Commentators observe that in Esther’s lifetime, G-d seemingly “diverted” (Hebrew: “hester”; English: “Esther”) His attention from Israel because of their evil ways. Esther lived during the period when the Jews were exiled from Israel, and living in Persia. Exile is considered a time when God is less revealed – when His presence is less discernible, although He is nonetheless there.

Esther appears on the scene and saves the Jewish people during a period of God’s seeming absence. For this reason, she remains to this day a model for coping with the difficulty and confusion of exile. Her own ability to cope – and in fact triumph – encourages us to view our own challenges as opportunities for growth, rather than defeat. Moreover, Esther’s story proves that G-d is never really absent, and this inspires us to look for Him in the most unexpected places and at times when He is furthest from our minds.

Esther’s Ancestry of Quiet – An Inheritance of Hiding

Quite literally, Esther’s immediate family is hidden from the start, as she is orphaned from birth (Megillah 2:7). Her ancestry, however, is known to be from the house of Saul, the first king of the Jewish nation and a descendant of the Matriarch Rachel. Rachel herself remains quiet during one of the most dramatic events of her life – the substitution of Leah for herself as Jacob’s wife – and the strength of her quiet remains a Jewish inheritace. Rachel’s first son, Joseph, uses the power of quiet by never telling his father, Jacob that his brothers had sold him to Midianite traders. Upon reuniting with Jacob, Joseph makes sure never to be alone with him, thereby avoiding questions about his earlier disappearance. Rachel’s second son, Benjamin is also represented by a symbol of quiet. Exodus 39:13 describes the jeweled breastplate (“khoshen”), worn on the chest of the High Priest in the Temple. Each stone corresponds to one of the twelve tribes of Israel. The stone of Benjamin is called “yoshpah” (English: “jasper”). Commentaries say that yoshpah is a combination of two words: “yesh” and “peh,” which together mean “there is a mouth.” This implies an ability to speak as well as an ability to keep quiet when necessary. As regards Benjamin, he knew his brother Joseph had been sold to Arab traders, but he never told Jacob. With Esther, her commitment to hiding her true identity imbues the concept of “quiet” with heroic potential.

In sum, the houses of Rachel, Joseph, Benjamin, Saul and Esther stand for the ability to keep quiet under difficult circumstances and to endure hardship without losing direction. This brand of quiet is stronger in God’s eyes than any scream, and can be compared to the way the Jewish people experience exile. The test of exile is to move forward in the midst of confusion and lack of clarity, in order to develop an increasingly deeper connection to God. This challenge is subtle, internally focused and diametrically opposed to things that are external and changeable.

The dynamic opposition between internal and external is embodied by the Jews on one side, and their eternal enemy Amalek, on the other. Deuteronomy 25: 19 tells us, “…you shall wipe out the memory of Amalek from under the heaven – you shall not forget!” Amalek stands for everything without soul – without inner value. And the children of Rachel stand for the value of quietude and modesty, which are distinctly internal qualities. Accordingly, one of the most effective ways to conquer Amalek is to draw upon inner resources – even as the starting point for physical combat. Throughout history whenever Amalek attacks the Jews – for example, in the metaphorical persona of Esav’s children, Hitler or Haman – Rachel’s lineage is at the forefront of the response, equipped as they are with the inner strength to withstand Amalek’s forceful rejection of Jewish spirituality.

The Book of Samuel (I Samuel 15:3) tells of God’s command to Saul to wipe out the nation of Amalek. Saul spares their king, Agag, and in so doing perpetuates the conflict between Amalek and the Jews. In the Megillah, Esther inherits the enemy and faces Amalek alone and in person – as Haman. Mordechai urges Esther to move forward swiftly and confront Achashveirosh about Haman’s intention to exterminate the Jews. He tells Esther that if she does not act, “…relief and deliverance will come to the Jews from another time and place while you and your father’s house will perish…(Megillah 4:13-14).” Mordechai’s words imply that Esther’s ancestry is at stake, and that its existence as a force against Amalek is at risk. In addition, Mordechai hints that Esther has an opportunity to further advance the task that her forefather Saul did not complete.

Esther succeeds in saving her people by risking her very life and sacrificing her well being by living with an evil husband. (Our sages comment that Achashveirosh was more evil than even Haman). Her tragic circumstances raise the question of why God, in His infinite abilities, chooses to put her through such an ordeal. In fact, it is Esther’s very struggle that conveys God’s message to all generations.

Esther’s Vision – A Message for Today

Sometimes a situation looks completely bleak and devoid of God’s presence, as does Esther’s in the palace of Achashveirosh. Instead of giving in, Esther finds light in darkness and awaits her opportunity to access it. She views each moment as part of a continuum that is yet to conclude and, from this perspective, she is able to discern her own role in an overarching plan. (This was no small accomplishment, given that the story takes place over nine years. It would have been difficult at the time to connect between such an extended series of events. We, ourselves, experience a bird’s-eye view of the entire story via the Megillah reading on Purim, which takes only one-half hour.).

The story of Esther invites us to imagine ourselves situated in space and time, somewhere between beginning and end. This experience enables us to see beyond the moment, towards a bigger picture. As regards Esther, within a tragic situation she looked for the best way to connect herself and her people to a higher level of spirituality. There are numerous opportunities for us to practice Esther’s approach.

« Queen Esther: The Merit of Things Hidden Part I
Portraits and Mirrors »