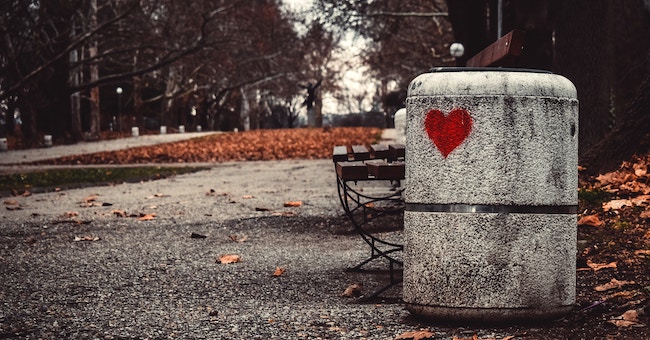 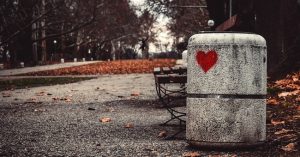 I HAVE GAINED an insight I wish to share by building it into this week’s Perceptions.

I am in an unusual situation, though my daughter tells me that it is far more common these days than I think. She and her family (husband and three daughters) have moved into our home (temporarily) to avoid paying rent on their previous apartment while they wait for their next one to be ready.

We weren’t really given a choice, and it is really quite amazing how they are living out of ONE room. Even more amazing is how much I am able to live like this, given how small our place is and how much I usually need my space. And without question, they are “tenants” with benefits.

It has already been over a month, and, b”H, so-far-so- good. But one thing I have noticed, and I think it is an amazing insight, is something that explains a lot about society today, and why it struggles to be decent.

We all know how once upon a time, it was quite common for a few generations to live in one house. Economics demanded. Social responsibility required it. After all, who better to take care of aging parents than the children, and who better to help out with the children than grandparents.

It was no longer convenient to have aging generations around. Either they were healthy and wealthy enough to take care of themselves, or they were placed in homes for the aging. People could afford daycare for their children and babysitters. Family homes became streamlined.

There have been many discussions about the pros versus the cons of this dramatic change to society. Yet one I never heard, but have recently discovered, seems so obvious now, and so obviously important.

Love is the name of the game, and key to a healthy child becoming a healthy adult. When children grow up without enough love, they end up imbalanced as adults. Just how much depends upon how much love they enjoyed as children.

My wife and I, like most parents, tried to be loving parents for our children. And we were a lot of the time, but life has its way of sapping you of energy at times, making it hard to show others the love you have for them somewhere inside. And children, being as love-hungry as they naturally are, pick up when their parents give out bad vibes, either consciously or unconsciously.

My daughter and her husband and definitely loving parents, b”H. But, as parents with jobs and responsibilities, it is easy to get distracted. Or, it is easy to stop being mindful of loving your children because of the ongoing status quo. Nothing out of the norm there.

Nonetheless, my wife and I have been lavishing some extra love on our granddaughters, just because they are there, and we are their bubby and zaidy. Of course we love all of our grandchildren equally, and make a point of letting them know that one way or another. But it is one thing to show that kind of love over a Shabbos now and then, and something else to show it on a daily basis. It’s got to be good for personal development.

This has made me wonder if the whole downfall of society, which often seems run by a lot of immature and spoiled brats in expensive adult clothing, is because of the breakdown of the nuclear family. It is been said often that ours is a love-starved society, which is why Hollywood makes so much money off of love-based entertainment.

It is HIGHLY unlikely for people to have been loved a lot as children, and grow up to be selfish. There are always exceptions to the rule, but they are never the rule. It’s just the way God made man and the world in which he lives.

And it’s the way He WANTS the world too. By the end of last week’s parsha, mankind become so anti the purpose of Creation that God decided to eradicate all of it. And as Rashi points, of all the bad things they did, and they did HORRIFIC things, theft was the last straw that “convinced” God to reboot history.

When analyzing the root of all their evil, the commentators point at different sources. According to the Arizal, it is actually quire Kabbalistic, and details in Sha’ar HaPesukim (now translated into English). None of them, however, suggest that theirs was a love-starved generation.

Then again, one of the first acts outside the Garden of Eden was murder. And when confronted by God about it, Kayin did not respond with guilt and regret, but simply asked, “Am I my brother’s keeper?” Not a very loving statement to make.

Not everyone in each generation was like this. There are always some who get it right, or righter, if only because their souls are Chesed-based. But when too many people become Kayin-like in their approach to their “brothers,” then society is doomed, because their children will only become worse.

It’s like the “Ben Sorrer u’Moreh,” the rebellious son. As the Talmud explains, he isn’t executed so much because of what he has already done, but to prevent him from doing what he will probably do. We see his behavior today, and project it into the future, and save his soul before he has a chance to seriously damage it.

Society too. If after time God sees the tools for tikun dissipate from generation to generation, then he doesn’t necessarily wait for society to do all the evil it can. If it becomes an inevitable reality, He may simply put mankind out of its spiritual misery before it has a chance to go the full distance.

After all, what about all the children of Noach’s generation? Were they doing the same level of bad as their parents? Were they even yet culpable for any “sins” they may have already committed, if only because that is what they saw all around them? Was there no innocence anywhere at all?

It didn’t matter at some point. The children belonged to parents who could not give them what they needed to change the trend, and improve society. So, there was no sense in waiting until they simply inherited their parents’ evil ways.

We’re still here, so there must still be time. But watching love on the silver screen is not the same as giving to those worthy of it, and in the amounts they need. People, believe it or not, can do without food better than they can do without love. The former affects the present, but the latter affects the rest of a person’s life.

Just take a look at the divorce rate today, which does not reflect all the bad marriages out there that never make it to divorce court. Not the sign of a very loving society, and certainly a warning to parents about what they should focus on within the walls of their homes. I’ve yet to meet a brat that was the product of too much AUTHENTIC love.