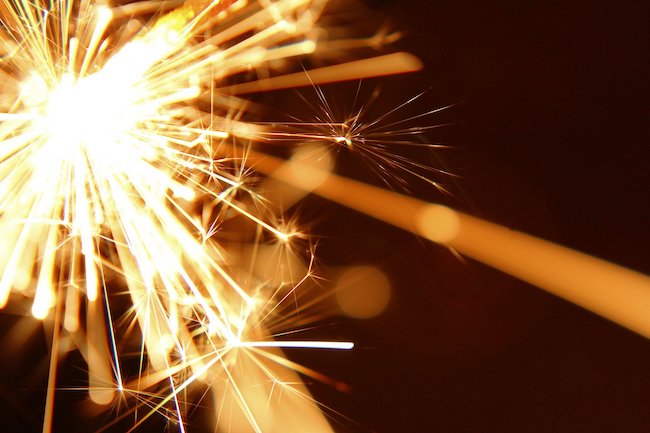 Posted on May 12, 2020 By Rebbetzin Leah Kohn | Series: Women in Judaism | Level: Beginner

Our previous class explored the historical backdrop against which the judge and prophetess Devorah becomes an important figure in Jewish history. As mentioned, God appoints Devorah to the male-dominated office of judge, and from here she inspires the Jewish people to re-embrace their heritage. Devorah sustains her intrinsic feminine power to educate, encourage and uplift, even when she assumes the role of commander in chief during Israel’s battle against its oppressor, Yavin. Regarding the tyranny of Yavin, Judges states:

Yavin is backed by Sisera, general of the king’s formidable military. While Israel is no military match for Sisera, Devorah prophecies that God will nonetheless lead the Jews to victory. As commander-in-chief of the Jewish army, Devorah shows the same unwavering dedication to Torah that she exhibits as judge. She staffs her military with members from the families of Zevulun and Naftali – two of the twelve tribes of Israel who promote and financially enable others to study Torah. (Naftali, one of Jacob’s sons, provided for his father’s physical needs and enabled him learn Torah without distraction. Zevulun financially supported fulltime learning for his brother, Yissakhar).

The activity of supporting Torah study requires a measure of selflessness, since the benefactor foregoes the pleasure of fulltime learning -while their beneficiaries enjoy the riches of this pursuit and the ensuing closeness to God.

It is not by chance that, of the twelve tribes of Israel, Zevulun and Naftali fight in Devorah’s ranks, since their mission of facilitating the spread of Torah reinforces hers. As Devorah’s troops, they carry into battle her message that the stakes against Yavin are far higher than those associated with conventional warfare. More specifically, Yavin initially attacked the Jews because of who they are on a spiritual level. Thus, the battle Devorah, Zevulun and Naftali fight is for the sake of the soul of the Jewish nation. In addition to enlisting Zevulun and Naftali, Devorah appoints her husband, Barak, to the position of army general:

“She sent and summoned Barak..and said to him, ‘Behold, Hashem, the God of Israel, has commanded, saying, Go and gather your men to mount Tavor, and take with thee ten thousand men of the children of Naftali and the children of Zevulun.. And I will draw out to thee to the brook of Kishon, Sisera, the captain of Yavin’s army, with his chariots and his multitude; and I will deliver him into thy hand” (Judges 4: 6-8).

Closer examination, however, reveals Barak’s true dedication to God, as well as his respect for and commitment to Devorah. The Artscroll Tanach, comments: “Barak did not lack faith in God or in Devorah’s prophecy. Rather he considered himself unworthy of such a momentous miracle, and felt that he needed the merit of the judge and prophetess to insure the success of his mission.”

In other words, Barak asks Devorah along, so that Israel will acknowledge the impending miracle in her merit. Further proof of Barak’s intentions is that his name appears in the important “Song of Devorah,” which praises God for His assistance in Yavin’s defeat:

The “Song of Devorah” is one of only ten in Torah referred to in Hebrew as “shirim.”(lit: songs) The profound spiritual outpourings of shirim recognize and laud God’s sustained involvement in Creation. Barak’s presence in Devorah’s Song confirms his place as her partner in returning the Jews to Torah. This accomplishment testifies to the impact of Devorah’s influence. Devorah’s Song also celebrates a national “mission accomplished,” inasmuch as it compares the unsatisfactory state of what Israel “was” under Sisera, to the grandeur of a people fully returned to Torah, thanks to God’s help, via Devorah:

“..[during the reign of Sisera], highway travel ceased, and those who traveled on paths went by circuitous roads. They stopped living in unwalled towns in Israel, they stopped; until I, Devorah, arose; I arose as a mother of Israel” (Judges 5: 6).

Time and again in her song, Devorah re-connects Israel to its divine lifeline. She refers back to the moment when the Torah was given at Mount Sinai, describing how the entire earth responded to this event:

“Hashem, as You left Seir, as you strode from the fields of Edom, the earth quaked and even the heavens trickled; even the clouds dripped water. Mountains melted before Hashem – as did Sinai..” (Judges 5: 4-5).

Through her portrayal of God’s prowess over Creation, Devorah implies that as His chosen people, Israel’s singular mission is to align itself with His Torah. Further on in her Song, Devorah commends those who have already accomplished this task:

“My heart is with the lawgivers of Israel who are devoted to the people, [saying,] “Bless Hashem” (Judges 5:9).

While at the helm of the Jewish nation, Devorah functions as judge, teacher and commander in chief, however, she sees herself in a primarily maternal role, as she states, “I arose as a mother in Israel” (Judges 5: 7). The word “mother” (Hebrew, “eym”) is linked by the commentators to how Devorah nurtures an impaired nation back to health.

Metsuda compares Devorah’s capacity to inspire positive change, with a mother’s ability to admonish in way that encourages, rather than discourages. Ralbag (R’ Levi ben Gershom of Provence, 1288-1344) sees Devorah as a type of maternally oriented leader who motivates her followers to create a better life. The Malbim (R’ Meir Leibush ben Yechiel Michel, 1809-1879) comments that like a mother, Devorah in effect gives birth – in this case to a nation that emerges with a completely new sense of self.

Devorah’s maternal vision is distinctly Jewish (attached as it is to Torah), intrinsically feminine (in its use of inspiration as a tool for promoting self-improvement), and eternally available to Jewish women past, present and future. In terms of our individual contribution to the Jewish people, today’s woman need look no further than herself for the resources necessary to make her mark. While Devorah chooses to work towards large-scale national change, her success is relevant even for those who seek to improve the quality of their own lives and the lives around them. Torah tells us that all of Israel shares a Divine spark. Accordingly, when we effect positive change or inspire strength and commitment in others, contribute to our own well being. As we grow in our individual spiritual service and awareness, through study and guidelines of Torah, we influence our family, benefit the Jewish people and partner with God in correcting the world. In this context, Devorah’s accomplishment in her own time becomes more than an isolated success story and issues forth as a legacy to Jewish women of all ages.

« Devorah as Prophetess, Judge and Mother: A Woman’s Innate Ability to Inspire Part I
The Wife of Pinchas »