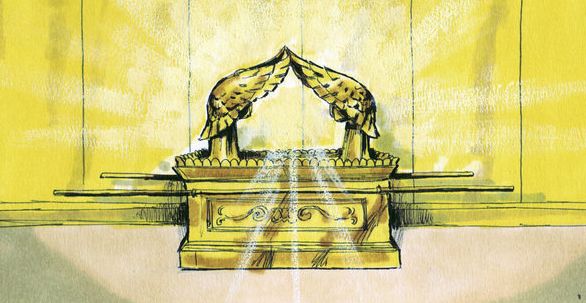 The Wife of Pinchas

The next several classes focus on four women in the Book of I Samuel. While the narrative of I Samuel itself follows the lives of three men – Samuel, Saul and David – the women we will explore exert a significant influence over the course of events and set important examples of feminine strength. The accomplishment of each woman is unique in time, place and circumstance, yet beneath this diversity runs a current that connects each to the other and to Jewish women of all generations.

This first installment in our series concerns a figure referred to in I Samuel as, “the wife of Pinchas.” Pinchas – one of the leaders of his generation – is a priest (Hebrew: “kohen”) in the Temple. His brother, Khofni, also serves as priest, while their elderly father, Eli, holds the position of high priest (“kohen gadol”) at the helm of the Jewish people. Thus, the wife of Pinchas (who is also the daughter-in-law of Eli) is related to such luminaries as indicate she must be exemplary in her own right. Her character is worth examining, since its components persist as an inheritance for today’s Jewish woman.

I Samuel relates that Pinchas and Khofni die in battle against the Philistines and that the enemy makes off with the ark holding the Torah: “And the Philistines fought, and Israel was smitten, and they fled every man to his tent; and there was a very great slaughter; for there fell of Israel thirty thousand footmen. And the ark of God was taken; and the two sons of Eli, Khofni and Pinkhas, were slain” (I Samuel, 4: 10-11). Upon hearing of this disaster, Eli collapses and dies. The wife of Pinkhas, in her ninth month of pregnancy, is informed she has lost her father-in-law, her husband and her brother in law – and that the Philistines have absconded with the ark which, as a dwelling for the Divine, had been a source of strength for the Jewish army. The traumatic news induces in her labor and untimely death:

“And his daughter-in-law, Pinchas’ wife, was with child, near to be delivered; and when she heard the tidings that the ark of God was taken, and that her father-in-law and her husband were dead, she bowed herself and brought forth; for her pains came suddenly upon her.” The midwives try to comfort the wife of Pinchas by informing her she has had a son. She disregards them and chooses a name for her infant: “And about the time of her death the women that stood by her said unto her: ‘Fear not; for thou hast brought forth a son.’ But she answered not, neither did she regard it. And she named the child Ichabod…” In Hebrew, Ichabod means, “no glory,” or “where is the glory.” Through this name, the wife of Pinchas conveys her grief over the fact that, with the abduction of the ark, the honor and glory of Torah have temporarily departed Israel.

On her deathbed, one might have expected the wife of Pinchas to be consumed less with national tragedy and more with the loss of her family and the birth of a son she will never know. To be sure, as would anyone, she is pained in this regard. Her sorrow, however, is incorporated into the name Ichabod, and as such becomes part of her profound anguish over the national tragedy that has just taken place:

For the wife of Pinchas, the ark of God is a point of convergence, within which the deaths of Eli and Pinchas, and the birth of Ichabod, find deepest expression. The text itself reinforces the idea of this “focal point,” as it becomes successively smaller in scope – moving from the panorama of the battlefield, through the city gates, towards the very intimate moment of birth, and ultimately to a portrait of one woman whose final words are,

“…the ark of God is taken.” The ark is known to contain the Written Torah, which includes the Ten Commandments, and the Torah scroll dictated by God to Moses. The second essential part of the Torah – that is, the Oral Torah – is said to have been embodied by Eli and Pinchas, who were responsible for its transmission to future generations. The wife of Pinchas understands that her father-in-law and husband are living transmitters of Torah. As such, their deaths create a depletion of national glory, a loss of leadership and a longing for the physical and spiritual sustenance of Torah.

The wife of Pinchas remains steadfast in her clarity that Torah is the lifeline of the Jewish nation, and that its dispossession amounts to no less than catastrophe. She regards her family tragedy as a part of this national loss and, through the name Ichabod, she establishes her newborn son as living reminder to his people of their unique connection to the Divine. Through the prism of Torah, the wife of Pinchas discerns what is everlasting about her husband, her father-in-law and her child. While the loss of her family no doubt causes personal pain, she reserves her deepest anguish for what their loss means to the Jewish people. As living personifications of Torah, Pinchas and Eli exemplified the spark of eternity in every Jew. The name “Ichabod” elegizes them on this level.

The wife of Pinches teaches us to appreciate others, and ourselves, as individuals with a potential for greatness beyond our perceived capabilities. While we may not be able to relate to the magnitude of her tragedy, the message of the wife of Pinchas is that, above and beyond physical existence, life’s most profound meaning lies in the pursuit of spiritual growth through our relationship with the divine. Torah, itself, embodies this potential. Its timelessness connects the wife of Pinchas to today’s Jewish woman, while its wisdom inspires us to live with a sense of life’s highest purpose.

« Devorah as Prophetess, Judge and Mother: A Woman’s Innate Ability to Inspire Part II
The Story of Michal: Beyond Loyalty to Torah »