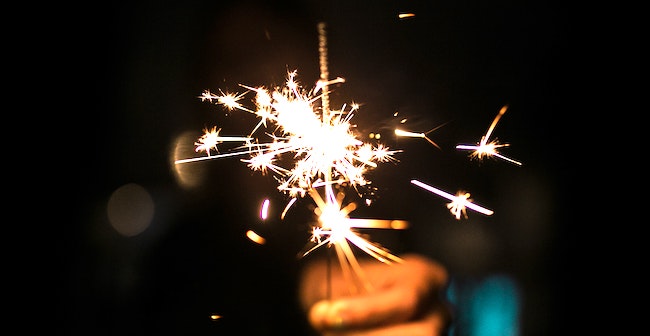 Devorah as Prophetess, Judge and Mother: A Woman’s Innate Ability to Inspire Part I

Posted on May 5, 2020 By Rebbetzin Leah Kohn | Series: Women in Judaism | Level: Beginner

The story of Devorah appears in The Book of Judges (4:1 – 5:31). Devorah becomes Judge at a time when the Jewish nation is experiencing a spiritual and moral ebb. This state of affairs is summarized in the Artscroll Tanach introduction to the Book of Judges:

“With the death of Joshua, the Jewish nation entered a new era. No longer was there a single national leader, a virtual king of the nation, as Moses and Joshua had been. True, there were courts in every town and city, as commanded by the Torah, so that there would be a system of justice, but there was no formally constituted national leader… As the Book of Judges notes all too sadly, “…In those days there was no king in Israel; every man did what was proper in his own eyes” (17:6 & 21:25). There were episodes of extreme sinfulness that caused God to remove His protective providence from Israel, and foreign oppressors would exercise predatory control over parts of the country. Nevertheless, the masses of the people never lost their faith in God and their basic allegiance to Torah. God would choose a leader, known as a judge, who would rally the people to repent and thus deserve God’s help once again. Then, generally, the judge would conquer and expel the oppressor and the nation would enjoy a long period of tranquility – until it slid downward again…In reading the Book of Judges, it is essential to note that the combined years of peace and righteousness far outnumbered the years of failure and persecution. Always, the Judge was chosen by God, and whenever he or she called upon the people to repent, they responded. The nation had shortcomings, but it was essentially righteous and true to the Torah and its Giver.”

The above description suggests that a judge must be a capable leader/ commander-in-chief and must have a character that merits God’s appointment. Beyond meeting these criteria, Devorah as the only judge in Jewish history apparently brings to the position something only a woman can provide.

Devorah’s selection as judge raises a fundamental question. Given that Torah law prohibits a woman from holding public office, why does God appoint her the highest public official in the land?

Commentaries bring many explanations for God’s choice of Devorah. One opinion differentiates her as the only judge in Jewish history who is also a prophet. As a prophetess/judge, Devorah does not formulate rulings in the traditional manner, but is essentially a vehicle and spokeswoman for rulings from Above. For this reason, she might be considered an exception to the ruling that a judge be male.

Another commentary on Devorah’s role as judge cites a prophet’s prerogative to make one-time changes in Jewish law, in order to rectify a problem. As a prophetess, Devorah exercises this right by making an exception for herself to the rule excluding women from public office. She does so not in order to pave the way for future female judges, but in response to her assessment that she, alone, is best equipped to respond to the needs of her generation.

Beyond Devorah’s validity as a judge according to the explanations of the above commentators and others, the question remains: why does God proceed outside mainstream parameters of Torah in order to appoint a woman. Why does He not make the more straightforward choice of a qualified man? (In this regard, Pinchas, son of Elazar, remains a suitable candidate for judge in this era, however, God chooses Devorah because 1)she has a particular merit, to be discussed further and 2) as also discussed further, her feminine character is appropriate for a leader of this particular generation. Devorah, herself, states, “I arose as a mother to Israel” (Judges 5:7)).

Devorah’s unique vitality radiates from the privacy of her own home (where it transforms her husband), to the public domain where it re-inspires the Jewish nation. Devorah’s power to empower is the source of her effectiveness as both public leader and wife.

Devorah is married to Lapidot (also referred to in the text as, “Barak”) – a man who is not knowledgeable about Torah. The Hebrew word Lapidot means, “torches,” which provides insight into the significant role of light in the relationship between Devorah and her husband. Rashi observes that the Hebrew description of Devorah as “wife of Lapidot” indicates she is “a woman who makes wicks.” Devorah does indeed fashion wicks. She sends them with her husband to the Temple for use in its Menorah, the symbol of the light of Torah, which is the essence of the Jewish nation. Because of his wife’s initiative, Lapidot is exposed to the holiness of the Temple and the people in it, and he is inspired to get involved in making the wicks and to take part in spreading the light of Torah among the Jewish people.

Central to Devorah’s aspirations for her husband – and for the Jewish people – is her hope that each Jew will find a deeper understanding of and connection to life’s purpose. Devorah’s generation needs inspiration in this regard, and God selects her to help them pursue it. As a leader, Devorah motivates the Jews to take responsibility for their own internal illumination. In the same subtle way that Devorah inspires her husband, she moves the Jewish nation to re-embrace Torah.

The text of Judges (4:5) relates that Devorah prophesies and leads her nation from her seated place under a date palm:

“…a prophetess, the wife of Lapidoth…She would sit under the date palm of Devorah, between Ramah and Beth-el on Mount Ephraim, and the children of Israel would go up to her for judgement.”

The date palm is a metaphor for Devorah’s generation. In the same way the life giving sap of a date palm is limited to its trunk (whereas in other trees it extends through the leaves), Devorah’s generation has limited access to the life force of Torah, because it has but a few Torah scholars. To continue the metaphor, the date palm’s minimal shade represents the relative absence of spiritual and physical protection without Torah.

Inasmuch as the date palm exemplifies the shortcomings of the Jewish people in Devorah’s day, it is also a symbol of their strength. Specifically, the concentration of sap in the date palm trunk typifies the Jews of Devorah’s era, who are said to be united towards God with one and the same heart. This attribute seems to contradict their deficits. How can both extremes be true of the same generation?

Devorah herself understands the reality behind this seeming contradiction. As judge, she inherits a somewhat disconnected generation, with a potential for spiritual greatness. She then empowers them with Torah knowledge, with her own exemplary righteousness and – most significantly – by believing in them. Devorah’s faith in the Jewish people comes from what may be considered her maternal love. In the same way parents want the best for their children, Devorah holds such hopes for the Jews. And in the same manner a mother understands how to foster a child’s own sense of accomplishment and self-esteem, Devorah inspires in the Jews a renewed sense of their value as God’s chosen people.

As judge, Devorah brings a feminine sensibility to a male dominated office. She refers to herself as a “mother of Israel,” and her commitment to nurturing the Jews with subtlety and patience bespeaks this title. Devorah’s leadership style is profoundly generous – focused as it is on her populace, rather than on herself. This style, together with her appreciation and knowledge of Torah, and her prophetic gift, marks Devorah as an agent of national rejuvenation.

Contemporary society is only now beginning to recognize that in order to succeed, a woman need not jettison her innate patience, insight and ability to inspire. Indeed, these feminine assets may prove essential to her accomplishment and personal fulfillment in life. Devorah embraces and utilizes the full extent of a woman’s power for positive change. As wife, judge, prophetess and mother, or in the quintessentially male role of commander-in-chief (as will be seen in part 2 of this essay), Devorah is consistently, successfully and wholeheartedly a Jewish woman.

« Avigail’s Righteous Conduct Within a Bad Relationship – A Message for Today
Devorah as Prophetess, Judge and Mother: A Woman’s Innate Ability to Inspire Part II »