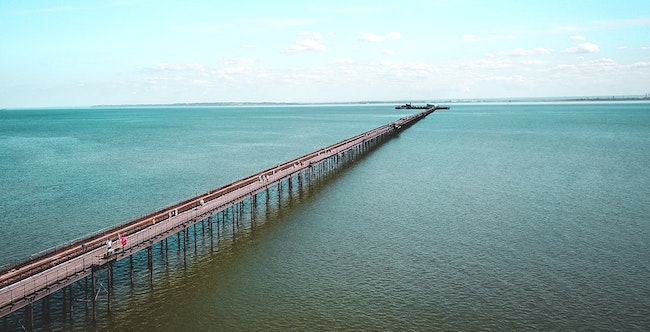 The Story of Michal: Beyond Loyalty to Torah

…Saul sought to smite David even to the wall with a spear; but he slipped away out of Saul’s presence, and he smote the spear into the wall; and David fled, and escaped that night. And Saul sent messengers unto David’s house, to watch him and to slay him in the morning; and Michal David’s wife told him, saying: ‘If thou save not thy life tonight, to-morrow thou shalt be slain.’ So Michal let David down through the window; and he went, and fled, and escaped. And Michal took the teraphim, and laid it on the bed, and put a quilt of goats’ hair at the head thereof, and covered it with a cloth. And when Saul sent messengers to take David, she said: ‘He is sick’. And Saul sent the messengers to see David, saying: ‘Bring him up to me in the bed, that I may slay him.’ And when the messengers came in, behold, the teraphim was in the bed, with the quilt of goats’ hair at the head thereof. And Saul said unto Michal: ‘Why hast thou deceived me thus, and let mine enemy go, that he is escaped?’ And Michal answered Saul: ‘He said unto me: Let me go; why should I kill thee?’ (I Samuel, 19: 10 – 17)

The above passage relates one incident in the ongoing conflict between David and Saul. In this instance Michal (who is both David’s wife and Saul’s daughter) is directly involved in the sequence of events. She finds herself in the middle of the struggle between the two men and is forced to choose between two family members whom she loves and admires and who are important pillars of the Jewish nation. Because of her equally deep connection to Saul and David, Michal will most likely cause great pain to whomever she does not ultimately assist.

In order to make her decision Michal cannot resort to simply casting David as hero and Saul as villain, since their roles in the situation cannot be so simply interpreted. (For the reader’s purposes, details of the circumstances that bring Saul and David into conflict are beyond the scope of this essay, as they are only fully understood through referring to the Oral Law.) Simply stated, Saul may at first glance appear to be wrong and David right. The fact that the Torah regards both Saul and David as two of the most righteous men in Jewish history, however, lends a further degree of complexity to their situation. In Michal’s day, Saul publicly holds the office of king, while God has already privately annointed David the next king. The prophet, Samuel, has already informed Saul he will lose the office to a friend who is more suitable for the job. Saul knows this prophecy to be already in motion, given that he has already experienced a loss of the special divine connection granted by God to leaders of the Jewish people.

Michal’s responsibilities under the circumstances in which she finds herself are outlined by Jewish law. The Torah obligates a married woman to act first and foremost in support of her husband, if he is in need. As the text relates, Michal does so by helping David to escape from their home, and then creating a “stand-in” so to speak for her husband, by disguising a life size statue with a wig of goat’s hair and placing it in bed under the covers. She next tells Saul’s men who have come for David that her husband is sick and cannot be extradited to the palace. This ruse buys time enough for David to escape to safety.

Michal’s obligation to her father, Saul, runs diametrically opposite her responsibilities to David. Specifically, the Torah prohibits a child from causing pain to a parent – and Michal knows her father will suffer, once he finds out she has orchestrated David’s escape. Thus, under the inordinate pressure of a life or death situation, Michal must quickly make her decision and act. She does so, with great loyalty to Torah, by saving David, as Torah dictates she must. And having acted within the parameters of Jewish law, Michal might have stopped at this point and found consolation for her own distress as well as for the inevitable pain of her father. She might have admitted to herself that – like many difficult decisions in life – this one involved human suffering.

While others in her position may have chosen this route to resolution, Michal pushes onward, and this is where she distinguishes herself as a great Jewish heroine. She insists upon re-evaluating the situation and in doing so, she comes up with a plan to spare her father any pain, by relating to her father a second version of what has transpired with David. When Saul realizes that Michal has enabled David’s departure, he asks her, “Why hast thou deceived me thus, and let mine enemy go, that he is escaped?” The answer Michal contrives – “He said unto me: Let me go; why should I kill thee” – implies for Saul’s benefit that David did not want to harm his wife in order to prevent her from informing Saul of his escape. In addition, her response conveys the message that, even when his own life is in danger, David is careful not to inflict harm on another. Michal suggests to her father that, for the sake of their marriage and because of his true love for his wife, David had virtually begged Michal to assist him and to gain for him the extra time necessary for his escape to safety.

Michal suggests to her father – hoping he will conclude on his own – that David is a person of high caliber, who has a high regard for the life of each and every individual, who cherishes his marriage, and whose character Saul might well reassess. From this point of view, Saul may reconsider his own decision to kill David. Seeing how David cares so deeply for the life of others, Saul may ultimately conclude that David wants neither to harm him nor rebel against him. Michal’s subtle appeal to Saul takes place on an emotional level, as a daughter’s request that her father reconsider his opinion of the husband she so loves and esteems.

Michal’s plan works. For the moment she convinces Saul to cease his pursuit of David.

Michal offers today’s woman an example of exemplary conduct, even under duress. Given that we spend a great deal of time under the duress of day to day life in our fast paced world, Michal remains a role model who does not use her circumstances as an excuse for poor behavior. In our relationships at home, at work and in between we often use the very real pressure, responsibilities and demands placed upon us as an excuse for behavior that is far below our own expectations. Certainly, at the end of days, our circumstances will be considered as a factor in our lifelong conduct. For now, however, we may rely upon Michal for direction.

« The Wife of Pinchas
The Woman of Tekoa: A Proper Use of Personal Talent »