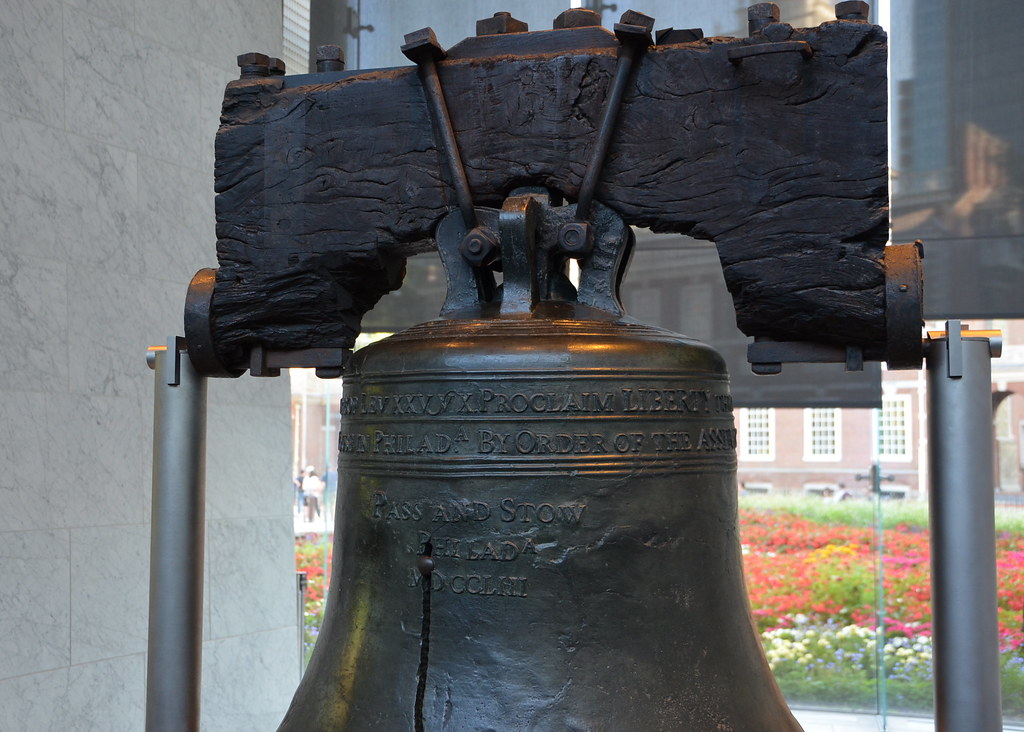 Home Free – For All 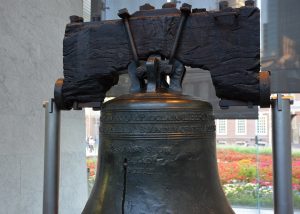 It is probably the most famous Biblical verse in American History. Each year thousands of people come to see its bold raised lettering prominently encircling the rim of the revered icon of our country’s independence. Many visitors hardly notice the verse. Instead, their gaze is transfixed upon another, much less divine symbol, that bears the painful message of that sacred verse. But the large crack they come to see has no inherent meaning. It is only the result of the constant resounding of the words that are sacredly enshrined on its oxidized metal. Those words are from this week’s portion, “proclaim liberty throughout the land and to all its inhabitants thereof” (Leviticus 25:10).

Truth be told, however, those words refer not to a revolution or liberation, they refer to the mitzvah of Yovel — Jubilee. Every 50 years, all Jewish servants, whether employed for only a six-year period or on an extended docket, and even those who desire to remain as servants to their masters, are freed. They return home to their families, and their careers of indenturage are over.

In the first volume of his prolific Maggid series Rabbi Paysach Krohn relates the following story.

It was a cold and blustery day and Rabbi Isser Zalman Melzer, the dean of the Eitz Chaim Yeshiva in Jerusalem, was returning home from a long day in the Yeshiva. Accompanied by his nephew, Reb Dovid Finkel, who normally walked him home, Rabbi Melzer began to ascend the steps to his Jerusalem apartment. Suddenly, Reb Isser Zalman stopped and retreated down the old staircase as if he had forgotten something. As he reached the street, he began to wander aimlessly back and forth, in thought. His nephew began to question the strange actions of the Torah sage. “Did Reb Isser Zalman forget something?” “Why didn’t he enter the home.”

The winds began to blow, and despite the chill Reb Isser Zalman walked back and forth outside his home. About 15 minutes passed and once again, Rabbi Melzer walked slowly up the stairs, waited, and then headed back down.

“But, uncle, it’s getting cold. Please answer me. What are you waiting for?”

Rabbi Melzer realized that he could no longer keep his motivations to himself. “I’ll explain. As I walked up the steps I heard the young woman who comes once a week to help with the housework in the kitchen. She was mopping the floor and singing while she mopped. I knew that if I were to walk in she would have become embarrassed and stopped her singing. The singing helps her through her work, and I did not want to make her work any bit harder, let alone deny her the joy of her singing. Despite the cold, I decided to wait outside until she finishes her work and her song. Then I’ll go in.”

The Torah uses a very significant expression this week that synopsizes the true meaning of ownership and servitude. “Proclaim liberty throughout the land and to all its inhabitants thereof.” When one employs he is also indebted to his employee. In addition to the paycheck he is responsible for the workers feelings, working conditions and welfare. He is responsible to provide a safe environment, suitable provisions, and above all mentchlechkeit. And when Yovel arrives and the workers and servants return home, they are not the only ones going free. A great burden is lifted from the shoulders of the master. Freedom is declared for all the inhabitants of the land. The servants are not the only ones who are “home free.” As we used to say in the heat of the game of ring-o-lee-vio, we are, “home free — all.”