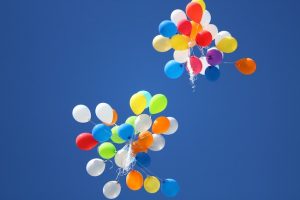 The Mishkan is completed in these portions, and the Torah recaps the stunning accomplishment. “These are the reckonings of the Mishkan, the Tabernacle of Testimony that was reckoned through Moshe’s bidding. And Betzalel son of Uri, son of Chur, did everything that Hashem commanded Moshe” (Exodus 38:21-22). The Torah calls the Mishkan a Tabernacle of Testimony. To what is it testifying? Architectural ability? A fund raising phenomenon? Or perhaps something even loftier?

Rashi tells us that the Mishkan, in fact, testified that Hashem forgave the Jewish people for the sin of the Golden Calf.

It always has bothered me. Forgiveness comes with a correction of a misdeed. Obviously, each account needs direct redress. Stinginess is forgiven with acts of munificence. Sins of uncontrolled rage are forgiven when the transgressor acts with undeviating gentleness.

Dr. Abraham Twerski, in his book Do Unto Others, relates an amazing story that he personally experienced. Early in his career, Dr. Twerski would teach students by having them accompany him through psychiatric institutions. There he would introduce the young observers to the live subjects, rarely seen outside textbooks.

In a chronic care facility, Dr. Twerski pointed out a most difficult case, a male patient whom no doctor was able to cure. The man was mute and would not communicate. He had entered the facility 52 years earlier and was suffering from strange schizophrenic-like symptoms. Immediately following breakfast he would go into the corner of the large community room, contort his arms, palms outstretched in an upward manner and stand there until lunch. After lunch, he would resume his position until bedtime. No treatment nor medication, shock therapy, or cajoling was able to get the man off his feet. His condition was so severe that due to standing all day he developed excessive accumulation of serous fluid in tissue spaces in his feet.

On one visit, a student asked if he could talk to the patient. Dr. Twerski agreed, while wondering what the young doctor could offer that had not been explored by the experts.

After a brief conversation the man stared blankly at the young doctor. But then the student assumed the man’s exact contorted position and said to him, “I’ll stand here like this. You can go sit down.” The patient smiled, proceeded to a couch, and for the first time in 52 years he actually sat down!

Dr. Twerski surmised that the patient felt he was holding up the world. Without him, it would collapse. (He had no explanation for the meal or bedtime gaps.) The moment the patient was convinced that someone could carry the mission as well, he relaxed.

Commentaries explain that the sin of the Golden Calf began when Moshe did not return from Sinai on time. The minute that 40 days elapsed and Moshe was missing the nation panicked. No one, they felt, could lead them but Moshe, so they created a false deity. And they prayed and danced to a new-found god. The Mishkan, however, was an antidote. Moshe charged Betzalel with the tremendous task, and he accomplished it. In fact, our sages explain that he even challenged Moshe in certain directives, and Hashem concurred with him! Betzalel did what Hashem wantedexactly the way it was told to Moshe. He had the ability to perform as if he received the directive himself! That is the goal of mesorah. Tradition has the next generation holding the torch though passed from previous leaders as if it were passed from the Almighty Himself. The nation saw that it is possible to continue despite the former leader holding up the world every step of the way. There is room for young leadership to carry on the directives of the elder generation. That is the way the Torah carries on. And that is the way we hold up the world.

Dedicated in memory of George Fisch and Rebecca Stein by Mr. and Mrs. Lionel Fish