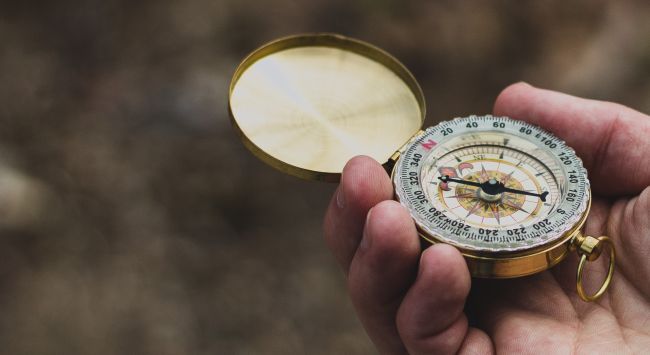 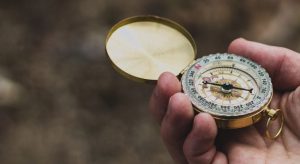 If you will go in My decrees and observe My commandments and perform them, then I will provide your rains in their time, and the land will give its produce and the tree of the field will gives its fruit. (Vayikra 26:3)

How does the expression “go (or literally walk) in My decrees”-translate into toiling and striving in Torah study? There’s something missing in the equation here! The Maharal explains in Gur Aryeh that going or walking requires effort and exertion. So too learning requires struggle. Learning is an active process that requires toil just like when a person travels from place to place. Still, why is learning and striving in Torah referred to in the language of the Holy Torah as “going”?

The name of the Hebrew letter LAMED is not arbitrary at all. It means to learn. Lamed is used often as a prefix and in that position it indicates “to”. It is a letter of direction. A person is lost on the road. He consults a map. After studying for a while he gets clarity and continues to drive now with confidence in a chosen direction.

The Letter LAMED is a profile, a silhouette of a person learning. Learning gives a person conviction to move in a certain direction. Someone who is sitting and learning is not physically moving but they are traveling by the force of their own thinking they transported and transformed. The Baal Shem Tov had profoundly stated, “Wherever a person’s mind is, that is where they are entirely.”

An eye witness, Hillel Seidman, writes in his Warsaw Ghetto Diary: “Now I am in Schultz factory; I have come at the time when people are both hammering in nails and reciting Hoshana prayers. Here are gathered, thanks to one of the directors, Mr. Avraham Hendel, the elite of the Orthodox community; Chassidic Masters, Rabbis, scholars, religious community organizers, well-known Chassidim. Sitting behind the anvil for shoe repairing… is the Koziglover Rav, Yehuda Aryeh Frimer, once Dean of Yeshivat Chochmei Lublin.

He is sitting here but his spirit is sailing in other worlds. He continues his studies from memory, without interruption his lips moving constantly. From time to time he addresses a word to the Piaseczner Rebbe, Rabbi Kalonymos Kalman Shapiro, the author of Chovos HaTalmidim, who is sitting opposite him, and a subdued discussion on a Torah topic ensues. Talmudic and Rabbinic quotations fly back and forth; soon there appear on the anvil, -or, to be precise, on the minds and lips of these brilliant scholars- the words of Maimonodies and Ravad, the author of the Tur, Rama, earlier and later authorities.

The atmosphere in the factory is filled with the opinions of eminent scholars, so who cares about the S.S., the German overseers, the hunger, suffering, persecution and fear of death? They are really sailing in the upper worlds; they’re not sitting in a factory on Nowolopie 46, but rather in the Hall of the Sanhedrin…”

Rabbi Berel Wein had incredible insight from the Kotzker on one of the most troubling pieces in the Talmud- Brochos. “Do not trust in yourself until the day of your death. Yochanan Kohen Gadol was a high priest for 80 years and at the end of his life he became a Tzadoki” A man who successfully entered the holy of holies 80 times in an era when most died due to their unworthiness and he falls so low!?   What happened?

The Kotzker said, “After 80 years he said, “Ani Tzodek!- I must be right” It seems he relaxed somewhat. He became overly confident. On Yaakov’s ladder angels were going either up or down. None were double parked! When a bird stops flapping its wings it does not stay in the same place. There must always be a healthy tension between the “is” and the “ought”. The name of the game in the business of learning and growing-“going” is “Direction! Not Perfection!”