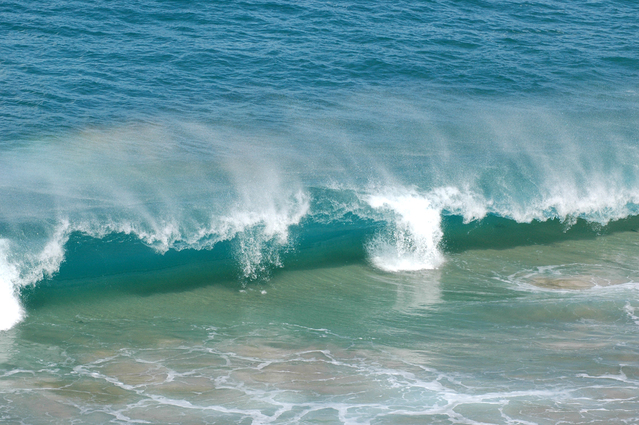 In an Ocean of Blessing 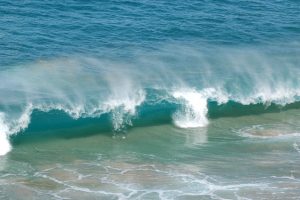 And he blessed Yosef and said, “G-d, before Whom my fathers, Avraham and Yitzchok, walked, G-d Who sustained me as long as I am alive, until this day, may the angel who redeemed me from all harm bless the youths, and may they be called by my name and the name of my fathers, Avraham and Yitzchok, and may they multiply abundantly like fish, in the midst of the land.” (Breishis 48:15-16)

What is the meaning of this cryptic blessing? In his last moments on earth, Yaakov is looking to grant some extra protection for his grandchildren, the sons of Yosef. He concludes with the wish that they should multiply like fish, (vayigdu l’rov) and that they should do so in the midst of the land. For sure we were not expecting the children of Yosef to become aquatic creatures. Why “like fish” and why “in the midst of the land”? and may they multiply…like fish: [Just] like fish, which proliferate and multiply, and are unaffected by the evil eye.

A colleague and friend, Rabbi Dovid Ordman asked, “Do people really die when removed from Torah and Mitzvos?” It seems like an exaggerated perspective! Just how precise or imprecise is this analogy?  Let us put on our scuba equipment and observe the quiet and subtle motions of the schools of fish going about their business in an almost surreal environment. They are in a world so peaceful and as if in a state of suspended animation.

Now we turn our attention to a harvest of fresh fish being lowered by net onto the dock. Now, these fish look alive. Some are jumping 20 feet in the air performing all kinds of gymnastic back flips and fanciful dance moves. The others in the water seem dead in comparison.

We understand though that nothing is further from the truth. The fish that appear to be so active and animated are behaving so because they are choking. Their brains are convulsing and so they flail about in desperation. This is not a dance of life but the throes of death.

A person needs a purpose and a direction in life that connects him to heaven and earth and everything in between and beyond too. In the absence of that connection, into the spiritual vacuum rushes an existential desperation and a dance of despair. This may help us understand that the loudest voices, the most vocal groups, the ones that seek attention and are making the biggest noise in our world are really dying movements organizing thunderous “good-bye parties”. They have no future and they know it! They must impact the “now” before bowing off the stage of history.

However, the fish in the water are calm and peaceful in their native environment. They are part of a grand trans-generational mission. Whatever is left undone by one generation will be accomplished by another.  When Yaakov wished for Yosef and his children that they should multiply like the fish in the sea, he wanted that they should live peacefully in a world of Torah and Mitzvos. That is the most natural and healthy and blessed atmosphere for their survival and the continuity of their generational assignment.

Now why “in the midst of the land”? Yosef, from amongst all his brothers, was recruited for public service. He was not living an isolated existence in the ghetto of Goshen. His task was different. He accomplished raising two whole and wholesome tribes all while acting as viceroy of Egypt. In the midst of a materialistic world he and his children are charged to create an oceanic environment. That’s a trick! Not everyone can do it, but it sure helps knowing it’s been done and that you flourish in an ocean of blessing.