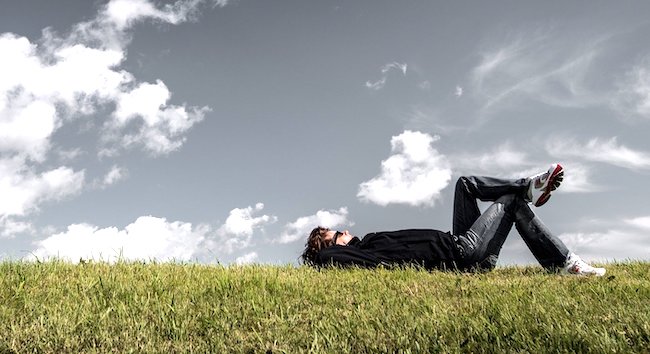 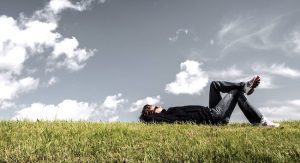 (Insights from this week’s Portion: Kedoshim)

OUR VERY OWN TRUMAN SHOW

Is it even possible? Is it remotely realistic to presume that I am capable of truly “loving my neighbor as I love myself”? After all, I exist around the clock in my own body, well aware of the fact that I must function as my own “Primary Caretaker”. And Jewish wisdom itself acknowledges that “if I’m not for myself then who will be for me[2]?!” Ok, so perhaps we can suggest that the key to fulfilling the neighbor-loving mandate – at least in part – is to learn to see others as being just as REAL as we are. But even this is a tall order, as we naturally walk around with the entitled sense of being the Star Protagonist in our own Truman Show[3], perceiving the world to be our set and all others to be “extras” in our movie.

The twisted extreme of viewing others as “extras” finds tragic expression in the self-absorbed behavior of mass murderers. On April 16th, our nation observed the anniversary of the horrific Virginia Tech Massacre – and has experienced other heartbreaking massacres since – which ominously occurred on Yom HaShoah, the very day that we recall the many millions of beloved lives that were destroyed by evil in the Holocaust. As journalist David Von Drehle writes, in a Time Magazine article about the Virginia college campus murderer Cho Seung-Hui (entitled “It’s all about him[4]”): “Only a narcissist could decide that his alienation should be underlined in the blood of strangers… Charles Whitman playing God in his Texas clock tower…Harris and Klebold in their theatrical trench coats – they’re all stars in the cinema of their self-absorbed minds. Freud explained narcissism as a failure to grow up. All infants are narcissists, he pointed out, but as we grow, we ought to learn that other people have lives independent of our own. It’s not their job to please us, applaud for us or even notice us â?? let alone die because we’re unhappy.”

When we view the tablets of the “10 Commandments” [5] as two columns of five, we see that there is a shared essence between commandments on the same row (e.g. 1 & 6 – 2 & 7…). For our purposes, the parallel between 1 & 6, “I am the Lord your G-d” & “You shall not murder”, is filled with profound insight. When a person internalizes the concept expressed by “I am the Lord your G-d – and understands that humans are “created in the image of G-d”, possessing their own spark of divinity and inner dignity – then the idea of murder is not even a remotely reasonable option to entertain6 (we’ll discuss below how recognizing humanity’s divine sparks can improve us in matters much closer to home, since most of us are hopefully not overly tempted to murder).

This is a major reason that when people want to rationalize murder – whether through the genocide of a nation or the cold-blooded killing of an individual – the murderer must first “dehumanize” his victim. Since it is a person’s divine dignity that makes him or her “human”, murderers must mentally strip away the recognition that their victims are created in the image of G-d, with their own significance and greatness. G-d is the ultimate Star, the ultimate Protagonist – the ultimate Being that can be described as “Real”. But once we narcissistically remove the recognition of G-dliness in others, we have deluded ourselves into believing that they are “not as real as I am“, and we have relegated them to the roles of “extras”. It seems this is one reason that the mandate in this week’s Portion to “love your neighbor like yourself” concludes with the declaration of “I am the Lord” (see this week’s RRR above).

LOVING YOUR NEIGHBOR BY “KEEPIN’ IT REAL”

When we clearly recognize the divine spark in others, we shield ourselves from far more than the harboring of murderous tendencies. The more we perceive the “realness” of others – i.e. the more we assign significance, goodness, and intrinsic value to them – the less we will be capable of causing them any level of harm: whether it’s embarrassment, property damage, harm through negative speech or hurtful looks, cutting them off in traffic, physical injury, loss through dishonest business dealings, etc.

1. From the song “Celluloid Heroes” by The Kinks

2. “The Truman Show” is a movie in which the entire life of Truman Burman (played by Jim Carrey) is actually a reality soap opera that is broadcast to the world

6. Note: this is certainly NOT TO IMPLY the converse – i.e. that “atheists” are likely to murder or that all “religious” people will refrain from murder. That would be an absurd contention. It merely implies that a person who TRULY sees the image of G-d in another is incapable of murdering that person in cold blood.

7. From Living Each Day, by Rabbi Dr. Abraham J. Twerski