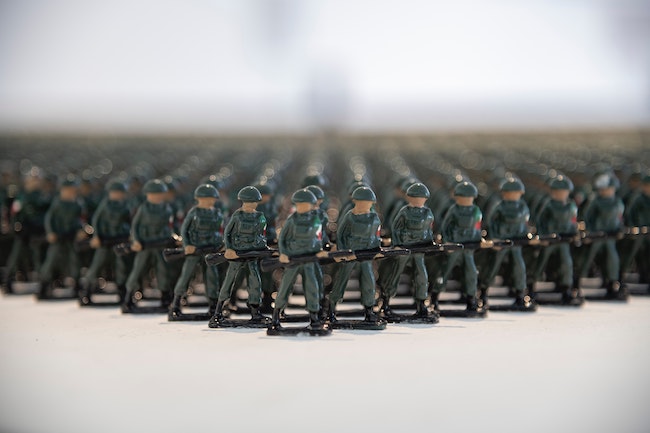 The Crisis of the Brothers and Yaakov’s Diplomacy 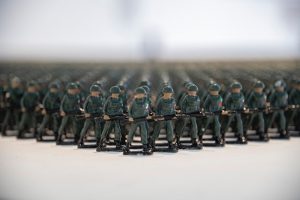 Yaakov splits the encampment into two groups. “If one is attacked, the other will flee…” (Ibid., 32:8-9). Imagine the emotional power of these words! (During the war, the Brisker Rav was forced to do as Yaakov Avinu did. He split the family in two, hoping that both halves would survive. Woe for all of us… Only one camp made it out alive!)

We don’t rely on miracles. In his efforts to survive, Yaakov uses all of his abilities (Ramban): He prepares a massive gift to appease Eisav; he plans for battle — hoping to give time for the other camp to flee. And he davens for the safety of his wives and children.

The next day, he is ready to meet his ferocious brother. Yaakov uses every ounce of his abilities: he sends gifts, he bows before Eisav, he uses tactful language. Diplomacy, respect, humility. As we will see, these tactics should be employed when approaching Hashem, as well.

Rav Yaakov Galinsky questions the beginning of the parsha:

Yaakov is fearful of the danger of meeting his vengeful brother, Eisav. Why such fear? Since he had been promised by Hashem that he would be guarded wherever he goes (Bereshis 28:15), why is he afraid?

However, Yaakov feared that the assurances were given on condition: “I will be with you, and guard you… If and when I am with you I will guard you.” Yeshaya Hanavi tells us that sin intervenes between man and the Creator (Yeshaya 59:2). Yaakov feared that his aveiros had intervened, and the deal was off…

As far as merits are concerned, Yaakov doesn’t feel worthy. Although Rashi tells us that Yaakov had kept all the mitzvos, Yaakov feels his merits are outweighed by the kindness he received from Hashem (Bereishis 32:11).

Suddenly, Yaakov challenges Hashem: “You said, ‘I will deal well with you, and make your offspring as numerous as the grains of sand at the sea…’ ” (Bereishis 32:13). Now what’s going on? If Yaakov thought that the agreement was void, and he hasn’t accrued sufficient merits, what claim does he have left?

To help us understand better, Rav Galinsky tells a story. A poor man’s daughter becomes engaged. The man has never accepted tzedaka funds before, but feels he has no other choice than to seek help for the wedding. He goes to a wealthy man’s office.

Arriving at the meeting, the poor man is too ashamed to ask for help. Meanwhile, another man comes forth and asks for a huge sum of money “for the house.” The rich man nods, and quickly pays the full amount requested.

Emboldened, the poor man steps forward to make his request. “I, myself, only need half of that amount,” he says. The wealthy man is surprised. “What’s this all about?” he asks.

“I’ve arranged a match for my daughter, and have huge obligations…” begins the father.

“What does this have to do with me?” “Well, I saw that you granted the other fellow a nice amount…”

“Oh, I see you don’t understand. That was the contractor — who is building me a villa! That’s my debt. But as for you, what do your debts have to do with me? If you’re agreeable, I can give you a handout like the others, but don’t expect me to pay all of your debts…”

Now, Rav Galinsky explains, everything can be understood. If one seeks salvation for himself because of a promise, or based on merit, there is a possibility that transgression and lack of merit will ruin the deal. However, if the request is made in order to build Klal Yisrael, to increase the honor of Hashem in the world, to receive the Torah and establish Hashem’s kingdom — then you can make the claim that the promise should be kept.

Another question can now be answered. “You said, ‘I will deal well with you, and make your offspring as numerous as the grains of sand at the sea…’ ” (Bereishis 32:13). Rashi tells us that this refers to the brocha given to Avraham at the Akeida. Does such a promise guarantee that Yaakov, his wives and children will be saved? The promise would be fulfilled if any one of his offspring be saved and be fruitful…

Rather, Yaakov had in mind, “I know that he will command his sons and his household after him, and they will keep the way of Hashem…” (Ibid., 18:19). This verse was said about Avraham, but Yaakov tells Hashem that his own intention is to be the descendant to command his household to keep the way of Hashem. If the request is to raise the honor of Hashem, it deserves to be answered affirmatively!

We should focus on raising the honor of Hashem in the world.