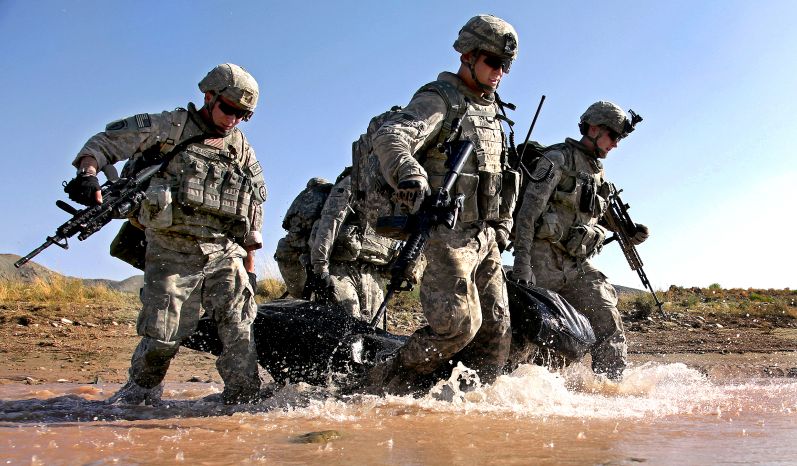 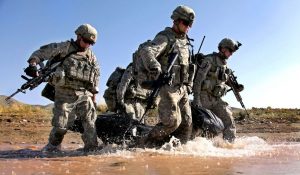 Sponsored by
Mr. Aharon Goodman
in memory of his parents

Our Parashah begins: “When you will go out to war against your enemies, and Hashem, your Elokim, will deliver them into your hand . . .” The preceding verse, the final verse in last week’s Parashah, concludes: “When you do what is upright in the eyes of Hashem.” How are these verses related?

We read (Tehilim 101:5), “He who slanders his neighbor in secret – him I will cut down.” This, says the Gemara (Sotah 5a), refers to one who speaks Lashon Ha’ra. R’ Mordechai Banet z”l (1753–1829; Chief Rabbi of Moravia) observes: The next verse (101:6) begins, “My eyes are upon the faithful of the land, that they may dwell with Me.” This person stands in contrast to the person in the previous verse who speaks Lashon Ha’ra. The “faithful” person is under Hashem’s “watchful eyes.”

Midrash Rabbah teaches: The generation of King Shaul consisted of righteous people, yet they were defeated in battle because they habitually spoke Lashon Ha’ra (as is evident from the book of Shmuel I). The subjects of King Achav were idolators, yet they were victorious in battle, because they did not speak Lashon Ha’ra. This, writes R’ Banet, explains the transition from last week’s Parashah to this week’s. Tehilim teaches that G-d’s “eyes” are upon the faithful, i.e., those who do not speak Lashon Ha’ra. Says the Torah: When you do what is upright in the eyes of Hashem, i.e., not speak Lashon Ha’ra, then, when you will go out to war against your enemies, Hashem, will deliver them into your hand. (Machshevet Mordechai)

Rashi z”l explains: The Torah foresees his end–he will squander his father’s property and, seeking in vain the pleasures to which he has accustomed himself, he will stand at the crossroads and rob people, until, eventually, he will deserve the death penalty. Says the Torah, “Let him die now innocent [literally, ‘meritorious’], rather than dying later guilty.” [Until here from Rashi]

R’ Moshe Sofer z”l (1762–1839; rabbi and Rosh Yeshiva in Pressburg, Hungary) asks: Why is the punishment of the rebellious son Sekilah / stoning, the harshest form of capital punishment? If, as Rashi writes, the Torah’s intent in dictating the death penalty for him is merciful, it should, at least, have assigned the rebellious son a “lighter” form of capital punishment! Also, how can Rashi call this young man, who steals meat and wine from his parents, “innocent” or “meritorious”?

He explains: Our Sages teach that Hashem created the world in order to do good for others (i.e., His creations, who are the recipients of His goodness). We have a Mitzvah to emulate Hashem, meaning that the primary purpose of our existence likewise is to do good for others. Thus, we read (Devarim 4:4), “But you who cling to Hashem, your Elokim — you are all alive today.” One who wants to cling to Hashem should occupy himself with ensuring that “you are all alive today,” i.e., with giving people life, especially spiritual life. In contrast, a person who worries only about his own physical pleasures cannot cling to Hashem.

R’ Sofer continues: Given the path that the rebellious son has chosen, the Torah foresees that he will never be a person who “gives life” to others. At the very least, says the Torah, let his harsh fate serve as an example to others. In that way, he will bring merit to others at least indirectly and can himself be considered “meritorious.”

This, adds R’ Sofer, sheds light on the meaning of the prayer we recite every day (in U’va Le’Tziyon): “May it be Your will, Hashem . . . that we merit, that we live.” May we merit to influence others through our lives, rather than through our deaths–not like the rebellious son.

That prayer continues: “That we see, and that we inherit goodness and blessing.” R’ Sofer explains: One might legitimately ask–how can a Torah scholar who spends all of his time in the Bet Ha’midrash and does not know the ways of the world guide others on a path that will bring them spiritual life? This is why we pray, “May it be Your will . . . that we see,” that we understand the needs of others and be able to guide them, and thereby, “that we inherit goodness and blessing” also. (Chatam Sofer: Ma’amarim Chadashim)

R’ Mordechai HaKohen z”l (Tzefat, Eretz Yisrael; 1523–1598) writes: If one does not pay his worker, he will have to return to this world after his death to pay that debt. Thus the verse says, “You shall pay his hire [so that] you shall not [need to] come because of him.”

The next verse states: “Fathers shall not be put to death because of sons . . . ; a man should be put to death for his own sin.” The Zohar derives from this, writes R’ Mordechai, that one incurs the death penalty for failing to pay workers’ wages on time. (Siftei Kohen)

Why is using honest weights and measures a reason that “your days shall be lengthened on the Land”? R’ Elazar Fleckles z”l (1754-1826; rabbi of Prague) explains: Our Sages teach that Hashem’s Attribute of Justice does not touch a person until (literally) “his basket is full,” until Hashem is fed-up, so-to-speak. However, if a merchant’s weights and measures are dishonest, if he sells baskets that are not “full” as full, then Middah-K’negged-Middah, Hashem will not wait for his “basket” to fill up. Rather, he is at risk of dying prematurely. In contrast, one who uses honest weights and measures can merit long life.

R’ Fleckles continues: The zodiacal sign of the month of Tishrei, the time of judgment, is the scales. “Know!” he writes, “that there are no scales in the Heavens.” Rather, every person is judged with scales of his own making. By the standards that he judges, he is judged. (Olat Chodesh: Ma’amar 117)

R’ Elchanan Sorotzkin z”l (director of the Chinuch Atzmai educational network in Israel; died 1994) writes: This week’s and last week’s Parashot include three sections focusing on proper behavior and attitudes when fighting wars. In Parashat Shoftim, we read about who goes out to war and who is exempt from battle. The Kohen would say to the people (20:3), “Shema Yisrael / Hear, Israel, you are coming near to the battle against your enemies . . .” The Gemara (Sotah 42a) derives from this verse, “Even if the only Mitzvah that you have observed is reciting Kri’at Shema morning and evening, you will not be handed over to your enemies.”

In this week’s Parashah (23:10-15), we read about the obligation to keep the army’s camp both ritually pure and hygienically clean. The Torah explains (verse 15), “For Hashem, your Elokim, walks in the midst of your camp to rescue you and to deliver your enemies before you; so your camp shall be holy, so that He will not see a shameful thing among you and turn away from behind you.” In the heat of battle, a Jew must remember that he is made in G-d’s “image.”

At the same time that our Parashah reminds the soldier how pure he must be, it also acknowledges how low he may fall. Thus, our Parashah opens with the laws of the “beautiful captive.” Is this not mind-boggling? The same Jew who saw miracles in battle, who saw Hashem’s hand watching over him, all of a sudden desires to marry a gentile woman! And, the Torah does not condemn him expressly; it accommodates him!

It is no coincidence, continues R’ Sorotzkin, that these Parashot are always read during the month of Elul. These Parashot teach us about the forces within man’s soul, that man has free will, and that (in the words of the Gemara – Sukkah 52a), “The greater a person is, the bigger his Yetzer Ha’ra is.” [That is why it is possible for a soldier who witnessed G-d’s miracles in battle to nevertheless desire a non-Jewish woman.] A person would sink very low if not that Hashem is there to help him and to guide him toward Teshuvah. Elul is when Moshe Rabbeinu achieved atonement for the Jewish People after their great downfall–from the Giving of the Torah to making the Golden Calf. In this season, we too can receive the “Luchot” a second time. (Le’ma’an Achai Ve’rai’i)