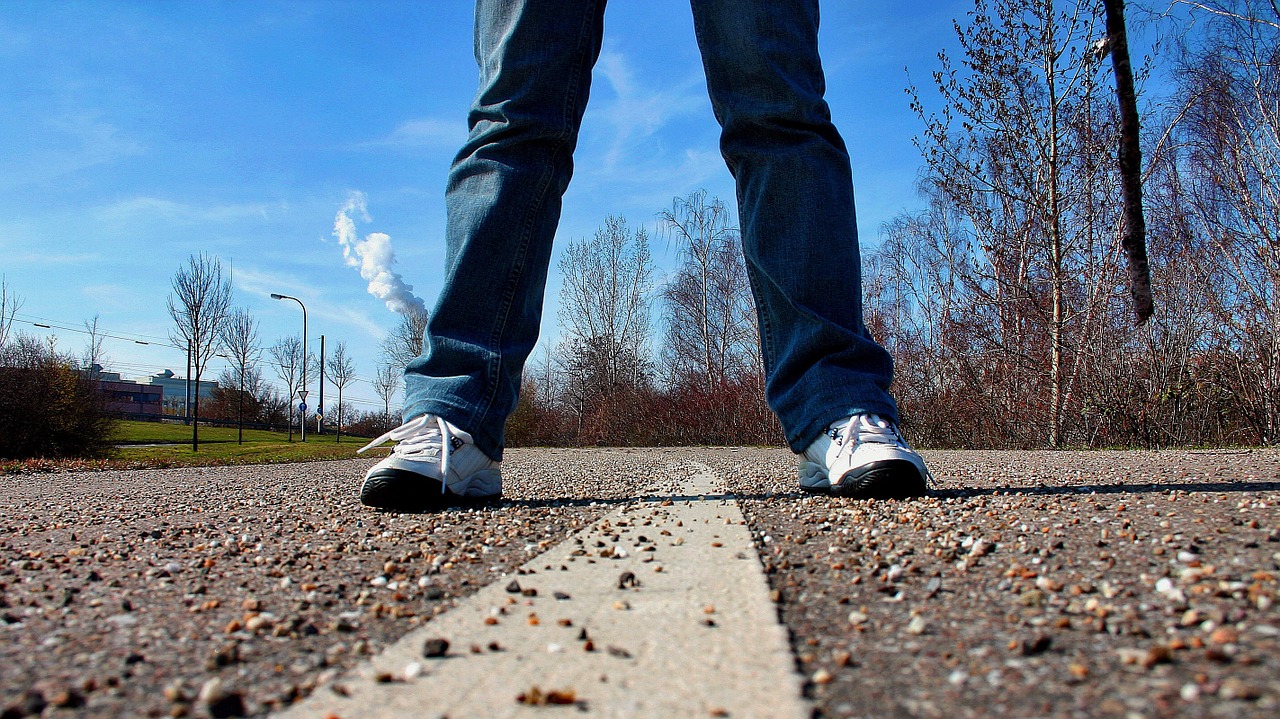 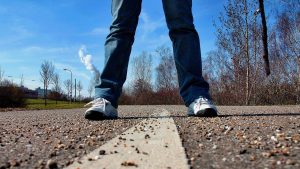 Our Parashah opens: “You are standing today, all of you, before Hashem, your Elokim.” R’ Yissachar Shlomo Teichtal z”l Hy”d (1885-1945; rabbi of, and Rosh Yeshiva in, Pieštany, Czechoslovakia) writes: I was lying in bed last night thinking about this verse in connection with the Midrash that comments on the verse (Shmot 3:14), “I Shall Be As I Shall Be.” Says the Midrash: “‘I Shall Be’ for the individual, and ‘I Shall Be’ for the many.” This teaches, R’ Teichtal explains (based on the writings of the Maharal of Prague z”l), that Hashem relates differently to the individual and to the nation as a whole. Every individual has Bechirah / free choice, and Hashem relates to each individual based on the choices he makes. In contrast, the nation as a whole has no free choice. Rather, Hashem will reign over us no matter what.

“You are standing today, all of you, before Hashem, your Elokim — the heads of your tribes, your elders, and your officers — all the men of Yisrael; your small children, your women, and your convert who is in the midst of your camp, from the hewer of your wood to the drawer of your water.” (29:9-10)

R’ Nosson Sternhartz z”l (1780-1845; foremost student of R’ Nachman of Breslov) writes: Before Moshe Rabbeinu died, he gave the Torah anew to all Jews on all levels. In every generation, every Jew, whoever he is, whatever level he is on, can succeed by placing himself under the Torah’s protection. (Likkutei Halachot: Shilu’ach Ha’ken 4:13)

“It will be that when all these things come upon you — the blessing and the curse that I have presented before you — then you will take it to your heart among all the nations that you have been dispersed by Hashem, your Elokim, there.” (30:1)

R’ Eliezer Halevi Ish-Horowitz z”l (rabbi of Tarnograd, Poland; died 1806) writes: The Gemara (Megillah 29a) teaches, “See how beloved the Jewish People are! Wherever they were exiled, the Shechinah was exiled with them. They were exiled to Egypt, and we read (Bereishit 46:4), ‘I shall descend with you to Egypt’.” [The Gemara cites additional proofs.] R’ Horowitz continues: We read in our Parashah (30:3), “Hashem, your Elokim, will bring back your captivity.” Rashi z”l notes that the verse literally says, “Hashem, your Elokim, will return,” again alluding to the idea that the Shechinah is exiled with us.

As much as we suffer during the exile, a thinking person, says R’ Horowitz, will remember the verse (Yeshayah 63:9), “In all their troubles, He is troubled.” Then, rather than the person focusing his prayers on his own pain, he will focus on the “pain of the Shechinah,” so-to-speak [see below].

What does it mean that the Shechinah is troubled when we are troubled? R’ Chaim Friedlander z”l (1923-1986; Mashgiach Ruchani of the Ponovezh Yeshiva) explains: Hashem had no need to create the world; He did so because He wanted an outlet, so-to-speak, to express His Goodness. Thus, when we sin and must be punished, we frustrate His will, and this, so-to-speak, causes Him “pain.”

On the other hand, continues R’ Friedlander, when we enable Hashem to do good for us, we honor Him. That should be our desire. Therefore, when we are pained or troubled, we should pray for that pain to end, not so that things will be good for us, but so that Hashem will receive the honor due Him. (Derech L’Chaim Al Derech Hashem p.272)

“Yours, Hashem, is the righteousness and ours is the shame-facedness.” (Daniel 9:7)

Why do we begin the Selichot every day by reciting this verse? R’ Aharon David Goldberg shlita (Rosh Hayeshiva of the Telshe Yeshiva in Cleveland, Ohio) explains:

R’ Moshe Cordevero z”l (Remak; Tzefat, Eretz Yisrael; 1522-1570) writes regarding the verse (Tehilim 130:4), “With You is Selichah / forgiveness,” that there are two words for atonement: “Selichah” / atonement in which the sin is simply erased, and “Mechilah” / atonement that comes only after the person has undergone suffering. “Selichah” is Hashem’s, says the verse in Tehilim; no suffering is necessary because Hashem Himself cleanses the person who has sinned, as a mother cleans a baby, so-to-speak. (Remak adds that since we are obligated to emulate Hashem, this is the attitude we should take toward those who have sinned against us.)

R’ Goldberg continues: The knowledge that Hashem Himself cleans up after one who has sinned should be a powerful motivator for a person not to sin or, at least, to be ashamed when he does sin. That is the message we remind ourselves of as we begin Selichot every day: “Yours, Hashem, is the righteousness and ours is the shamefacedness.”

At the same time, there is another emotion we should experience, R’ Goldberg adds. R’ Nachum Zev Ziv z”l (died 1916; son of the “Alter of Kelm”) writes in a letter, “Imagine if the wealthiest person in town went out in the street and put his arm around the shoulders of a dirty, ragged homeless person and treated him as a friend. Not only would this make quite an impression on bystanders, the beneficiary of the kindness would have no idea how to express his gratitude to the rich man.”

We, continues R’ Ziv, are incredibly sullied by sin, far more than we realize. Nevertheless, Hashem permits us to pray to Him, to speak to Him face-to-face. How great must our gratitude and our love for Him be! (Shirat David Al Siddur: Yamim Nora’im p.33)

Rashi z”l explains: Every year, another layer of growth is visible on the ox’s horn.

R’ Avraham Moshe Rabinowitz shlita (Skolya Rebbe in Brooklyn, N.Y.) writes: The Gemara (Rosh Hashanah 18a) teaches that, on Rosh Hashanah, Hashem surveys all of mankind at once, sees what is in the heart of each person, and notices all of each person’s actions. [Until here from the Gemara.] This means, writes R’ Dovber Schneerson z”l (1773-1827; second Lubavitcher Rebbe) that Hashem’s judgment takes into account, all at once, man’s past, his present state, and even his future. Therefore, explains the Skolya Rebbe, the horn of an ox, on which the passage of individual years is visible, is inappropriate for use as a Shofar on Rosh Hashanah.

The Skolya Rebbe continues: We say in the Rosh Hashanah prayers, “This day is the beginning of Your creation,” a reference to the fact that man was created on Rosh Hashanah. The Torah relates (Bereishit 2:7), “Hashem Elokim formed the man out of dust from the ground, and He blew into his nostrils the soul of life.” In every generation, for all time, the one who blows the Shofar is, in a sense, continuing the “breath” that Hashem “blew” on that first Rosh Hashanah. Like Hashem’s “breath,” every breath into the Shofar has an impact on all future generations, albeit unseen by us. [The person who blows connects past, present, and future through the Shofar.]

Only Hashem can be aware of everything–much less, survey it all at once. As for man, the Skolya Rebbe quotes R’ Avigdor Miller z”l (1908-2001; rabbi, educator and author; considered one of the first American-born “Gedolim”), who notes that everything a person experiences through any of his five senses is stored in his memory forever, albeit subconsciously. Morever, a person is taking in new sensations every instant of every day. But, not all sensations are equal. For example, the fear of G-d that one learns from a book is not comparable to the fear of G-d that he learns from watching his teacher, because the latter is a living, multi-sensory experience, while the former is not; it is merely information. This is why the Gemara (Berachot 7b) states that serving a Torah scholar is greater than studying Torah. Man’s task, concludes R’ Miller, is to take in as many experiences as possible that strengthen his belief that Hashem directs His world, observes and considers everything, and rewards those who fear Him. [Until here from R’ Miller.] Rambam z”l writes that the Shofar calls to a person to awaken and to remember that which he has forgotten. [Thus, the Shofar brings the past into the present and influences the future, so it should be one piece.] (Hadrat Melech p.47)